Since We Fell by Dennis Lehane- Feature and Review 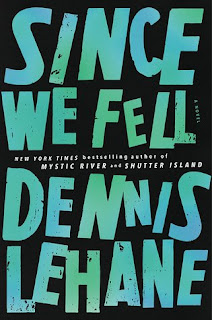 I LOVED YOU
I HATED YOU
I NEVER KNEW YOU...
Rachel's husband adores her. When she hit rock-bottom, he was there with her every step of the way as she slowly regained her confidence, and her sanity. But his mysterious forces her to probe for the truth about her beloved husband.
How can she feel certain that she ever knew him?
And was right to ever trust him
Bringing together Dennis Lehane's trademark insightful and , razor-sharp dialogue, stunning atmosphere and twists and turns, Since We Fell is a true masterpiece that will keep you in suspense until the very end.

Since We Fell by Dennis Lehane
My rating: 4 of 5 stars

Since We Fell by Dennis Lehane is a 2017 Little, Brown Book Group publication.

Rachel has been through some pretty hard times in her life. She started suffering panic attacks early on, but while covering the Haitian earthquake, she has an on air meltdown, which leads to agoraphobia, the end of her career, and finally a divorce.

But when she miraculously encounters Brian, an old acquaintance, the couple begins a sweet relationship that eventually leads to marriage. Although Brian’s work requires him to travel often, he is so patient and their marriage so solid, Rachel begins to slowly venture out again.

It is on one such rare outing, that Rachel’s entire life turns on a dime, prompting her to take a closer look at the man she married. Soon the rock solid trust she had with her husband is shaken to the core.

Should she be suspicious of Brian? Rachel won’t rest until she knows the answer to that question. Her investigation soon lures her into an incredible, and clever, cat and mouse game she is ill equipped to handle, but which could give her confidence and courage she didn’t know she was capable of.


Throw out all preconceived notions you have about this book. If you go into it expecting Mystic River, a Kenzie & Gennaro type novel, you will rob yourself of the unique genius this story offers.

This book is one part character study and one part literary thriller/ psychological suspense. The story gets off to a bit of a sluggish start, but if you just sit back and allow yourself to be taken along where ever the author leads, before you know it, you will find yourself totally immersed in an absorbingly complex tale, with smart twists and turns, that keep those pages turning and your mind racing to keep up.

For those seeking a smart crime thriller, once the stage is set, you will love the atmosphere, and all the intrigue, action and suspense. For those looking for the literary side of the story, you will love the deep and surprising characterizations, which spotlights the amazing and surprising parts of themselves that people keep hidden from sight. Rachel’s character is central, as we watch a woman coping with intense, paralyzing fear, who has such a sensitive nature, go through an unbelievable metamorphosis.

Combining the character study with the literary prose, wrapping it up inside a dark and , yet very stylish and polished caper -like thriller, is quite a unique experience. I thought it turned out quite nicely.

If you like crime drama, or smart literary thrillers, you can't go wrong with Dennis Lehane. 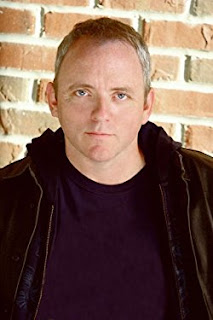 Dennis Lehane (born Aug 4th, 1966) is an American author. He has written several novels, including the New York Times bestseller Mystic River, which was later made into an Academy Award winning film, also called Mystic River, directed by Clint Eastwood and starring Sean Penn, Tim Robbins, and Kevin Bacon (Lehane can be briefly seen waving from a car in the parade scene at the end of the film). The novel was a finalist for the PEN/Winship Award and won the Anthony Award and the Barry Award for Best Novel, the Massachusetts Book Award in Fiction, and France's Prix Mystere la Critique.