The Art of Invisibility- by Kevin D. Mitnick- Feature and Review 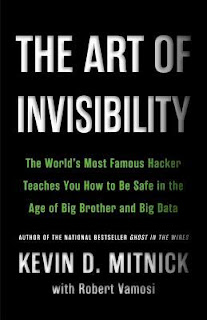 Kevin Mitnick, the world's most famous hacker, teaches you

cloaking and for citizens and consumers in the age of Big Brother and Big Data.
Like it or not, your every move is being watched and analyzed. Consumer's identities are being stolen, and a person's every step is being tracked and stored. What once might have been dismissed as paranoia is now a hard truth, and privacy is a luxury few can afford or understand.
In this explosive yet practical book, Kevin Mitnick illustrates what is happening without your knowledge--and he teaches you "the art of invisibility." Mitnick is the world's most famous--and formerly the Most Wanted--computer hacker. He has hacked into some of the country's most powerful and seemingly impenetrable agencies and companies, and at one point he was on a three-year run from the FBI. Now, though, Mitnick is reformed and is widely regarded as the expert on the subject of computer security. He knows exactly how vulnerabilities can be exploited and just what to do to prevent that from happening.
In THE ART OF INVISIBILITY Mitnick provides both online and real life tactics and inexpensive methods to protect you and your family, in easy step-by-step instructions. He even talks about more advanced "elite" techniques, which, if used properly, can maximize your privacy. Invisibility isn't just for superheroes--privacy is a power you deserve and need in this modern age.

The Art of Invisibility: The World's Most Famous Hacker Teaches You How to Be Safe in the Age of Big Brother and Big Data by Kevin D. Mitnick
My rating: 5 of 5 stars

The Art of Invisibility by Kevin Mitnick: The world’s most famous hacker, teaches you easy cloaking and countermeasures for citizens and consumers in the age of Big Brother and Big Data- is a Little, Brown, and Company publication.


Online privacy is always of concern, but after the Snowden revelation, people became even more aware of how easy it is for companies and the government to spy on us. VPN’s suddenly became mainstream and browsers like DuckDuckGo and programs like Tor became commonplace alternatives, not because everyone was trying to cover up criminal activity, but because what they search online, their photos or videos, emails, etc. private and we want to keep them that way, no matter how benign.

But, in just the last week, Congress voted to allow our ISP providers to sell our information to the highest bidder, which can mean anything you search online, including symptoms on Webmd, for example.

So, what do you need to do to protect yourself and keep your information safe and most of all, private?

Kevin Mitnick is an expert hacker, which has gotten him in hot water on occasion, but now works to help people ferret out illegal hackers and expose their methods, teaching people how to protect themselves and their clients, otherwise known as a penetration tester.

While some of the suggestions are easy to carry out, and I have already put those measures to good use, others seem a bit extreme, and are a lot of hard work. So, are all these steps absolutely necessary if I’m not doing anything criminal or visiting the ‘dark web’?

If you want to be absolutely invisible, then yes, you do. Even after putting on several layers of protections, I was stunned to learn that even with these safeguards, I only made my information harder to access, but I was still not totally hidden, could still have my activity traced and shared.

So, if you are in a dispute with your boss, going through a messy divorce, or anything of that nature, you will want to make sure there are no traces of your searches left behind that could be used against you, even if you are an ordinary law abiding citizen.

Remember, the slew of celebrity photos that were hacked and posted online a while back?

users were vulnerable, so although they didn’t break any laws, private information about them was hacked and exposed, which means you must protect your smartphones and tablets as well as your home, work, and school desktops and laptops.

It’s a real eye opener for sure, and while I probably would never buy a laptop just one purpose, never tap into online currency, or anything like that, at least for now, it’s good to have this information, and who knows? If Verizon and AT&T continue to obtain information about my online activity – and here’s the real kicker- WITHOUT MY PERMISSION, I may have to resort to such drastic measures, no matter how extreme it might seem.

Overall, this is a very interesting and informative book, but also one that is, unfortunately, necessary. I highly recommend it to anyone using the internet at home, school, or work, as well as anyone using smartphones- which is pretty much everyone. 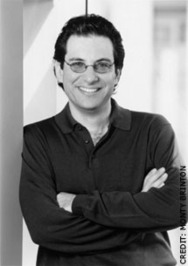 Kevin Mitnick, the world's most famous (former) computer hacker, has been the subject of countless news and magazine articles, the idol of thousands of would-be hackers, and one-time "most wanted" criminal of cyberspace, on the run from the bewildered Feds. Now a security consultant, he has spoken to audiences at conventions around the world, been on dozens of major national TV and radio shows, and even testified in front of Congress. He is the author of The Art of Deception and The Art of Intrusion.

Co-author William Simon is a bestselling of numerous books, including (the biography of Steve Jobs) and Kevin Mitnick's previous two books. He has also written for USA Today and The Washington Post and been interviewed on CNBC, CNN, NPR and by The New York Times, The Wall Street Journal, BusinessWeek, Time, Newsweek, and many other publications.
Posted by gpangel at 1:00 AM