The Secret Wife by Gill Paul- Feature and Review 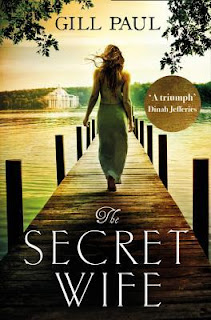 A Russian grand duchess and an English journalist. Linked by one of the world’s greatest mysteries...
Love. Guilt. Heartbreak.
1914: Russia is on the brink of collapse, and the Romanov family faces a terrifyingly uncertain future. Grand Duchess Tatiana has fallen in love with cavalry officer Dmitri, but events take a catastrophic turn, placing their romance—and their lives—in danger...
2016: Kitty Fisher escapes to her great-grandfather’s remote cabin in America, after a devastating revelation makes her flee London. There, on the shores of Lake Akanabee, she discovers the spectacular jewelled pendant that will lead her to a long-buried family secret...
Haunting, moving and beautifully written, The Secret Wife effortlessly crosses centuries, as past merges with in an unforgettable story of love, loss and resilience.
Perfect for fans of Kate Morton and Dinah Jefferies.

The Secret Wife by Gill Paul
My rating: 5 of 5 stars

The Secret Wife by Gill Paul is a 2016 Avon publication.

This book is an amazing, epic love story, unlike any I’ve read in a long time!

When Kitty Fischer makes a shocking discovery about her life and marriage, she flees England in search of the property in the Adirondacks she recently inherited. The place is in horrible disrepair, but she sets to work restoring it, while searching out her personal connection to her great-grandfather, Dmitri, the original owner of the property. This is a journey that will take the reader all the way back to 1914 where Dmitri is recovering from a war wound, and meets the great love of his life, Tatiana Romanov.

Like most of you, I have heard stories about the Romanov family. Most of us are familiar with Anastasia, but this novel features her sister, Tatiana, which is a refreshing change of pace. I have not thought about the Romanov family in a very long time, and for some reason, books based on the family or this period in history never seems to show up on my radar. So, because it was so unlike other historical fiction, I normally read, this one really captivated me.

While Kitty does the research into her family tree and discovers the shocking truth about her grandfather, she is feverishly restoring the cabin she inherited, and avoiding contact with her husband until she figures out how to get her life back on track. Her story is the contemporary thread that links the past with the present, but it’s Dmitri and Tatiana’s story that held me prisoner, and broke my heart into a million pieces.

The author obviously did a great deal of painstaking research, providing incredible and lush details that put me right there in the midst of royal opulence, only to later find myself experiencing the fall of the Tsar and the horrors of war, right along with Dmitri and Tatiana. We follow their tragic, but, powerful love story, and Dmitri’s years following the war. I was absolutely on the edge of my seat, riveted, and mesmerized!

I also enjoyed Kitty’s personal growth, her journey toward self-discovery, her awakening, so to speak. Although, she could have worded it a little better, I was happy she decided to use a negative experience as a chance to take stock of her life and made something good come from something bad.

Those of you who have followed my reviews, know that on occasion, I whine about the demise of the sweeping romantic historical sagas of old, so you can imagine how very much I loved this story!

The only thing left to say is: READ THIS BOOK!!

View all my reviews GET YOUR COPY HERE: 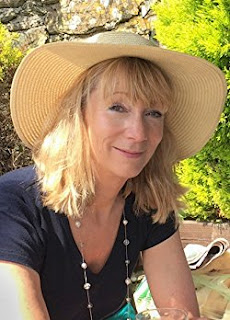 is an author of historical fiction, in recent history. Her new novel, The Secret Wife, is about the romance between cavalry officer Dmitri Malama and Grand Duchess Tatiana, the second daughter of Russia’s last tsar, who first met in 1914. It’s also about a young woman in 2016 deciding whether to forgive her husband after an infidelity.
Gill’s other novels include Women and Children First, about a young steward who works on the Titanic; The Affair, set in Rome in 1961–62 as Elizabeth Taylor and Richard Burton fall in love while making Cleopatra; and No Place for a Lady, about two Victorian sisters who travel out to the Crimean War of 1854–56 and face challenges beyond anything they could have imagined.
Gill also writes historical non-fiction, including A History of Medicine in 50 Objects (to be published 1st October 2016) and a series of Love Stories, each containing fourteen tales of real-life couples: how they met, why they fell for each other, and what happened in the end. Published around the world, this series includes Royal Love Stories, World War I Love Stories and Titanic Love Stories.
Gill was born in Scotland and grew up there, apart from an eventful year at school in West Virginia when she was ten. She studied Medicine at Glasgow University, then English Literature and History (she was a student for a long time), before moving to London to work in publishing. She started her own company producing books for publishers, along the way editing such luminaries as Griff Rhys Jones, John Suchet, John Julius Norwich, Ray Mears and Eartha Kitt. She also writes on health, nutrition and relationships.
Gill swims year-round in an open-air pond – "It's good for you so long as it doesn't kill you"– and is a devotee of Pilates. She also particularly enjoys travelling on what she calls "research trips" and attempting to match-make for friends.