I'll Be Damned by Eric Braeden- Feature and Review 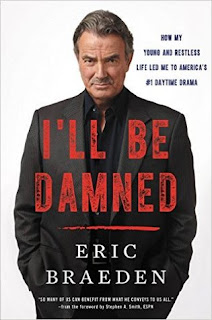 In this startling candid and poignant memoir, the Award-winning star of The Young and The Restless, America's #1 soap opera, chronicles his amazing life, from his birth in World War II Germany to his arrival in America to his rise to humanitarian and daytime superstar the past thirty-five years.
For nearly four decades, fans have welcomed the star of television’s number-one daytime show, The Young and the Restless, into their living rooms. While they’ve come to know and love the suave Victor Newman, few truly know the man behind the character, the supremely talented Eric Braeden. I'll Be Damned is his story—a startling and uplifting true tale of war, deprivation, determination, fame, and social commitment that spans from Nazi Germany to modern Hollywood.
Braeden’s journey from a hospital basement in Kiel to the of Los Angeles has taught him more about joy, heartbreak, fear, dignity, loss, love, loneliness, exhilaration, courage, persecution, and profound responsibility to the global community than he could have hoped to learn in several lifetimes. Growing up in the years after Germany’s defeat, Braeden knew very little about the atrocities of his parents’ generation, until he arrived in America as a teenager—a discovery that horrified and transformed him. Trying to redress the wrongs of his homeland, he has dedicated his life to humanitarian work—even forming the German American Culture Society—working for decades to show the world that what we share as humans is far more important than what separates us from one another.
Told with openness, candor, humor, heart, and raw vulnerability, I’ll Be Damned reveals a man committed to making the world a better, more loving place. Filled with sixteen pages of photos from his decorated life and career, I’ll Be Damned will be a treasured keepsake for Y&R fans, and is an inspiring testament to the goodness within us all.

I'll Be Damned: How My Young and Restless Life Led Me to America's #1 Daytime Drama by Eric Braeden
My rating: 5 of 5 stars

Here is an excerpt of my review posted on Night Owl Reviews:

The book also includes some very nice glossy photographs of Victor and his lovely family and his famous Y&R co-stars.

I have no idea what I was expecting, but I got a lot more than I bargained for. In fact, I think I just might start checking in on Victor on Y&R again to see what he’s up to these days.

I highly recommend this book to everyone, but if you are a fan of this actor, you will really enjoy learning about his background and life story, which is surprising, refreshing, and makes a very compelling read.


ERIC STARRING IN  THE RAT PATROL 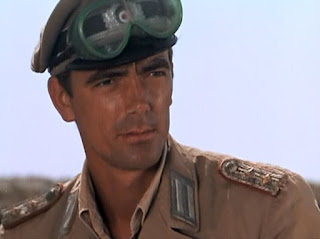 To read the full review, click on this link:

VICTOR NEWMAN THROUGH THE YEARS: 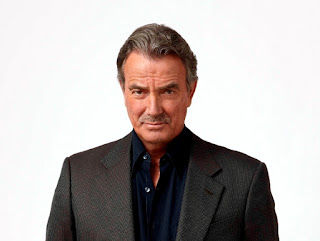 Eric Braeden is a German born American actor best known for his role as Victor Newman on the soap opera The Young and the Restless. Braeden has played Newman since 1980. He is also known for his roles as Hans Dietrich in the 1960s TV series The Rat Patrol, and as John Jacob Astor IV in the 1997 film Titanic. He won a Daytime Emmy Award in 1998 for Lead Actor in a Drama Series for the role of Victor Newman.