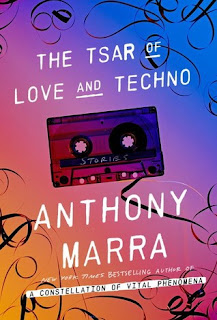 From the New York Times bestselling author of A Constellation of Vital Phenomena—dazzling, poignant, and lyrical interwoven stories about family, sacrifice, the legacy of war, and the redemptive power of art.
This stunning, exquisitely written collection introduces a cast of remarkable characters whose lives intersect in ways both life-affirming and heartbreaking. A 1930s Soviet censor painstakingly corrects offending photographs, deep underneath Leningrad, bewitched by the image of a disgraced prima ballerina. A chorus of women their stories and those of their grandmothers, former gulag prisoners who settled their Siberian mining town. Two pairs of brothers share a fierce, protective love. Young men across the former USSR face violence at home and in the military. And great sacrifices are made in the name of an oil landscape unremarkable except for the almost incomprehensibly peaceful past it depicts. In stunning prose, with rich character portraits and a sense of history reverberating into the present, The Tsar of Love and Techno is a captivating work from one of our greatest new talents.

The Tsar of Love and Techno by Anthony Marra
My rating: 4 of 5 stars

The Tsar of Love and Techno: Stories by Anthony Marra is a 2015 Hogarth publication.

I confess I had no idea what to expect from this book. It was recommended to me by a friend on social media and due to the topic of conversation we were having at the time, I got the wrong impression about the book’s premise.

So, suffice it to say, I was taken aback by this collection of short stories that were interconnected by paintings, photography and various other art forms as it spans an enormous period of time beginning in the 1930’s.

The writing is splendid, if somewhat unorthodox, bouncing between first and third narratives on occasion. There are nine stories, all bold and haunting, filled with stunning characterizations, and thankfully a little humor was sprinkled in to offset the somberness.

While the Soviet totalitarian regime is an underlying theme, the story's message, in part, was about how artistic skills and talents can and were used to resist, to offer comfort, or find peace.

Everyone who knows me well, will tell you that tearjerkers are not my cup of tea. I loathe them. Emotion is fine, but sadness that brings me to the brink of tears, is not the type of entertainment I usually seek out. But, this is an instance where I am glad I stuck it out and endured some emotional bruising, just so I could enjoy this amazingly fantastic prose, and such rich characterizations.

I also understand now why my friend recommended this book and believed it relevant to current events and concerns.

Overall, this is a very unique novel that is certainly off the beaten path from my usual reading fare, but one was very pleased to have made the acquaintance of. 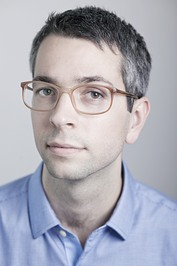 ANTHONY MARRA is the winner of a Whiting Award, , and the Narrative Prize. A Constellation of Vital Phenomena won the 2014 National Book Critics Circle’s inaugural John Leonard Prize and the 2014 Anisfield-Wolf Book Award in fiction, as well as the inaugural 2014 Carla Furstenberg Cohen Fiction Award. novel was a National Book Award long list selection as well as a shortlist selection for the Flaherty-Dunnan first prize. In addition, his work has been anthologized in The Best American Nonrequired Reading 2012. He received an MFA from the Iowa Writers’ Workshop and was a Stegner Fellow at Stanford University, where he teaches as the Jones Lecturer in Fiction. He has lived and studied in Eastern Europe, and now resides in Oakland, CA. A Constellation of Vital Phenomena is his first novel.
Posted by gpangel at 1:00 AM