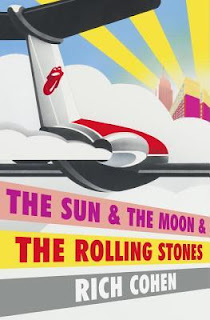 A panoramic narrative history of the Rolling Stones, viewed through the impassioned and of Vanity Fair contributor Rich Cohen, who traveled with the band in the 1990s as a reporter for Rolling Stone.
Rich Cohen enters the epic as a young journalist on the road with the band and quickly falls under their sway—privy to the jokes, the camaraderie, the bitchiness, the hard living. Inspired by a lifelong appreciation of the music that borders on obsession, of the band is informed by the rigorous views of a kid who grew up on the music and for whom the Stones will always be the greatest rock ’n’ roll band of all time.
The story begins at the beginning: the fateful meeting of Mick Jagger and Keith Richards on a train platform in 1961—and goes on to span decades, with a focus on the golden run—from the albums Beggars Banquet (1968) to Exile on Main Street (1972—when the Stones were prolific and innovative and at the height of their powers. Cohen is equally as good on the low points as the highs, and he puts his finger on the moments that not only defined the Stones as gifted musicians schooled in the blues and arguably the most innovative songwriters of their generation, but as the avatars of so much in our modern culture.

In the end, though, after the drugs and the girlfriends and the rows, there is the music. The Sun & The Moon & The Rolling Stones makes you want to listen to every song in your library and search out the obscure gems that you’ve yet to hear. The music, together with Cohen’s fresh and galvanizing consideration of the band, will define, once and forever, why the Stones will always matter.

The Sun & The Moon & The Rolling Stones by Rich Cohen
My rating: 4 of 5 stars

The Sun & The Moon & The Rolling Stones by Rich Cohen is a 2016 Spiegel & Grau publication.


When it comes to the Rolling Stones, I would think we have pretty much covered all there was to know about them by now. But, when I see a new book centered around this iconic rock band, I can’t help but look at it.

Rich Cohen traveled with The Rolling Stones during the 90’s, working for Rolling Stone Magazine. What a gig, right?

Cohen’s enthusiasm and barely contained hero worship leaps off the pages, as he relates intimate conversations with band members, and shares his personal reflections about each member of the group, their history, and their music.

The book is a mix of personal observations while on the road with the band, and the band’s history. Diehard fans already know much of the material covered in this book, but no matter how many times I’ve heard these stories, I still read them as though for the first time.

Those less familiar with the band’s history will find their history does indeed live up to its mythic hype. It’s amazing that this band has survived all that it has and the group keeps on ticking, performing well into their seventies!!

It’s hard not to get wrapped up in Cohen’s exuberance, as he manages to capture that magical place in time where the music and its stars were like Gods. Still, there were times when Cohen got a little carried away with the religious comparisons, making outrageous remarks, such as comparing Brian Jones’ death to that of Jesus, who died so the other band members could live.

He also seemed to buy into the mythology of making pacts with the devil, such as with famed Delta blues artist Robert Johnson, who influenced everyone from Clapton to Aerosmith and beyond.

But, eventually, Cohen settles down and takes us through the Stone’s illustrious and storied history, professional highs and lows, specific albums that were of significance, personal struggles, especially those of Keith Richards, who was center stage in Cohen's mind, stealing the spotlight away from Mick, in my opinion. 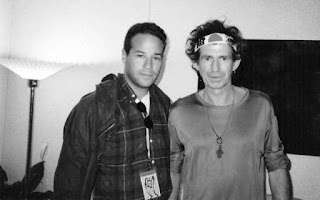 I enjoyed going back through the Stones’ history, the conversations with band members, the interviews, and the musical memories, too.

Cohen’s insights and opinions are interesting, even if I didn’t always buy into them. Cohen was young when he toured with the Stones, and his awe is palpable, making objectivity a hard sell. Still, I found the book refreshing and I must say it gave me a little deeper insight into Keith’s life, and I thought his observation that Cohen had always had the Sun & the Moon & the Rolling Stones made a fitting title for the book. It’s true for me, too. They’ve been here my whole life and their music and legacy is still alive and well.

A nice personal account of time spent on the road with the one and only Rolling Stones, and a nice nostalgic trip through time, which was as poignant as it was fun.

RICH COHEN is the author of Sweet and Low (FSG, 2006), Tough Jews, The Avengers, The Record Men, and the memoir Lake Effect. His work has appeared in many major publications, and he is a contributing editor at Rolling Stone. He lives with his family in Connecticut.
Posted by gpangel at 1:00 AM