The Killing Game by J.S. Carol- Feature and Review 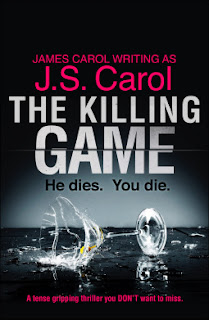 Publicist JJ Johnson is having lunch when a masked, armed gunman walks in and takes everyone hostage – including Hollywood’s hottest stars. JJ can make any problem disappear and turn ordinary people into global superstars. But this is one situation way out of her control.
As word spreads of the siege, the hostage victims are bargaining for their lives against a twisted individual who will stop at nothing to get what he wants.
With the bomb designed to detonate if the gunman’s heart rate changes, killing him is not an option. But with only four hours to stop him, JJ will have to think fast to stop a terrifying nightmare becoming reality.

The Killing Game by J.S. Carol
My rating: 5 of 5 stars

The Killing Game by J.S. Carol is a 2016 Bookouture publication.


The book cover says it all: “A tense, gripping thriller you DON’T want to miss”


Alfie’s is an upscale restaurant in Los Angles catering to movie stars, agents and producers. But, when the clientele are taken hostage by masked gunman wearing explosives that will detonate if his heart rate gets too low, the media descend, determined to cash in on the situation.

JJ, a publicist, was at the restaurant to keep an eye on her client, but soon finds herself fighting for the lives of the hostages as she attempts to figure out what the gunman’s motives are and how to get them out in one piece.

Wow! Anytime a story is centered around a hostage situation, it’s always tense and suspenseful. What does the gunman want, who will make it out alive, and what will be the aftermath? It’s a formula that never fails to grab my attention.

However, when you add in the celebrity element, when the hostages are famous people, it makes the story even more interesting.

The thriller aspects of the book are top notch, with the gunman seemingly having way too much fun with the situation, proving himself to be one of the most ruthless bad guys I’ve read about in a long time.

But, what stood out for me was the scathing portrait of the media who covered the situation in typical fashion. Talking heads, experts, and misinformation from start to finish!!

The author was spot on with this wickedly dark parody of twenty -hour news stations, and how the media works. This is subject, of course, is a timely one as the media has come under a great deal of scrutiny and criticism as of late. 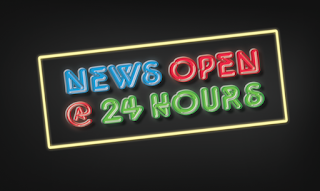 I thought the idea of putting spoiled celebrities who think they can talk or buy their way of anything, mixed with the soulless unconscionable media, facing down a terrorist attack was pure genius.

The feverish pacing, the moral dilemmas, the psychological mind games and the personal demons that surface made this a riveting and fast paced, white knuckle thrill ride.

A tense, gripping thriller, you DON’T want to miss? Correct! If you like thrillers and top notch suspense, this book is for you! 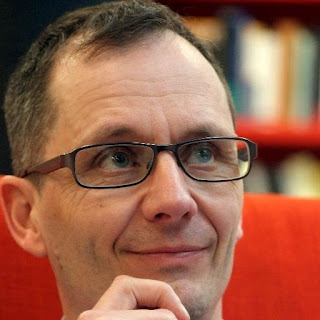 was born in Scotland in 1969, where he spent his early years. He moved to England in the eighties and has lived there ever since. At various times he has worked as a guitarist, sound engineer, guitar tutor, journalist, and a horse riding instructor.

When he’s not writing, James spends his time training horses and riders. An accomplished guitarist, he relaxes by writing and recording music. He lives in Hertfordshire with his wife and two children.
Posted by gpangel at 1:00 AM