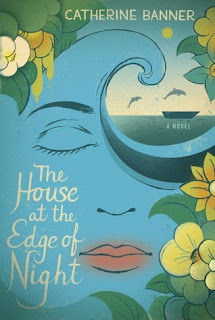 A sweeping saga about four generations of a family who live and love on an enchanting Mediterranean island off the coast of Italy—combining the romance of Beautiful Ruins with the magical tapestry works of Isabel Allende.

is an island far enough away from the mainland to be forgotten, but not far enough to escape from the world’s troubles. At the center of the island’s life is a café draped with bougainvillea called the House at the Edge of Night, where over generations the community gathers to gossip and talk. Amedeo Esposito, a foundling from Florence, finds his destiny on the island with his beautiful wife, Pina, whose fierce intelligence, grace, and unwavering love guide her every move. An indiscretion tests their marriage, and their children—three sons and an inquisitive daughter—grow up and struggle with both humanity’s cruelty and its capacity for love and mercy.

Spanning nearly a century, through secrets and mysteries, trials and sacrifice, this beautiful and haunting novel follows the lives of the Esposito family and the other islanders who live and love on Castellamare: a cruel count and his bewitching wife, a priest who loves , a prisoner of war turned poet, an outcast girl who becomes a pillar of strength, a wounded English soldier who emerges from the sea. The people of Castellamare are transformed by two world wars and a great recession, by the threat of fascism and their deep bonds of passion and friendship, and by bitter rivalries and the power of forgiveness, in this richly written and powerful novel.

Catherine Banner has written an enthralling, character-rich novel, epic in scope but intimate in feeling. At times, the island itself seems alive, a mythical place where the earth heaves with stories—and this magical novel takes you there.
Advance praise for The House at the Edge of Night
“My admiration for The House at the Edge of Night is boundless. Catherine Banner’s writing is preternaturally mature, distinct, clear, and strikingly beautiful. As I read on, I felt the resonance of classic legend and myth, the stuff of Homer, building around this world that is timeless, yet utterly its own. A gorgeous, deeply moving novel of life across a sweep of time and generations.”—Peter Nichols, author of The Rocks
“To the long, eclectic tradition of the island novel, Catherine Banner has made a sparkling addition. She has created a vast world unto itself of the fictional island of Castellamare, intricately compressed and marvelously textured. Her storytelling evokes the rural tales of the great Sicilian author Giovanni Verga, the Abruzzian Ignazio Silone, and the multifarious Italian Folktales compiled by Italo Calvino. But this is very much a modern story a young Englishwoman, beautifully written, spanning over a century, framing and interweaving the fates of countless characters while conjuring a fictional chronicle that merges with, and enhances, history as we know it—a feat reserved for the most ingenious and intuitive of writers. That this is Catherine Banner’s first adult novel makes it all the more remarkable.”—Nicholas Christopher

The House at the Edge of Night by Catherine Banner
My rating: 5 of 5 stars

The House at the Edge of Night by Catherine Banner is a 2016 Random House publication.


This book came highly recommended by several of my Goodreads friends who described the book as a family saga, so I knew I had to check it out.

This story is centered around the Esposito family living on the island of Castellamare in Italy. The island is remote, but has its own fiefdoms, power struggles, and is fraught with personal family dramas and scandals.

Beginning with Amedeo Esposito, who arrives on the island as the first doctor the island ever welcomed, but eventually opens ‘The House at the Edge of Night’, a bar/café which becomes a center point of the island where the residents gather for fellowship, communication and of course gossip.

The story follows Amedeo, his wife, Pina, and their children as they go through wars, conflicts, financial fallouts, and personal issues within marriages and families, which entails sibling rivalry, jealousy, love won and lost, and found again.

I absolutely love, love, love, family sagas! Sadly, sweeping sagas are far and few between these days, but perhaps wonderful stories, like this one will inspire more interest it them.

This is a beautiful story, rich in details with incredibly well drawn characters which makes it so easy to become immersed in the story and to care for the Esposito family. I found myself completely wound up in their dramas, the amazingly beautiful setting, the culture, and the realistic portrayal of human beings with all their foibles and strengths.

This is a powerful and lush story filled with charm and enhanced with folk tales and tradition. I never wanted the story to end, but was so happy with the family’s perseverance in the face of adversity, the way they came together and remained committed despite the challenges they faced.

I was impressed with the storytelling here and believe this is a story anyone can enjoy. I wish there were many more novels like this one!!

GET YOUR COPY HERE:
https://www.amazon.com/House-Edge-Night-Novel-ebook/dp/B016GRO8P8/ 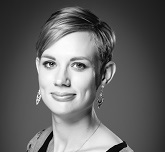 Catherine Banner was born in Cambridge, UK, in 1989 and began writing at the age of fourteen. She studied English at Fitzwilliam College, Cambridge, before moving to County she worked as a secondary school teacher. She has published a trilogy of young adult novels, The Last Descendants.Her debut adult novel, The House at the Edge of Night, tells the story of the 2008 financial crisis and 95 years of European history through one family and their bar on a tiny Mediterranean island.Her work is translated into 22 languages. She lives in Turin, Italy, with her husband.
Posted by gpangel at 1:00 AM