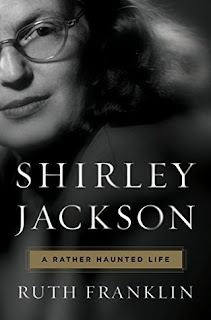 ABOUT THE BOOK:
This "historically engaging and pressingly relevant" biography establishes Shirley Jackson as a towering figure in American literature and revives the life and work of a neglected master.
Still known to millions primarily as the author of the "The Lottery," Shirley Jackson (1916–1965) has been curiously absent from the mainstream American literary canon. A genius of literary suspense and psychological horror, Jackson plumbed the cultural anxiety of postwar America more deeply than anyone. Now, biographer Ruth Franklin reveals the tumultuous life and inner darkness of the author of such classics as The Haunting of Hill House and We Have Always Lived in the Castle.
Placing Jackson within an American Gothic tradition that stretches back to Hawthorne and Poe, Franklin demonstrates how her unique contribution to this genre came from her focus on "domestic horror." Almost two decades before The Feminine Mystique ignited the women’s movement, Jackson’ stories and chronicles were already exploring the exploitation and the desperate isolation of women, particularly married women, in American society. Franklin’s portrait of Jackson gives us “a way of reading Jackson and her work that threads the weave of the world of words, as a writer and as a woman, rather than excludes her as an anomaly” (Neil Gaiman).
The increasingly prescient Jackson emerges as a ferociously talented, determined, and creative writer in a time when it was unusual for a woman to have both a family and a profession. A mother of four and the wife of the prominent New Yorker critic and academic Stanley Edgar Hyman, Jackson lived a seemingly bucolic life in the New England town of North Bennington, Vermont. Yet, much like her stories, which channeled the occult while exploring the claustrophobia of marriage and motherhood, Jackson’s creative ascent was haunted by a darker side. As her career progressed, her marriage became more tenuous, her anxiety mounted, and she became addicted to amphetamines and tranquilizers. In sobering detail, Franklin examines the effects of Jackson’s California upbringing, in the shadow of a hypercritical mother, on her relationship with her husband, juxtaposing Hyman’s infidelities, domineering behavior, and professional jealousy with his unerring admiration for Jackson’s fiction, which he was convinced was among the most brilliant he had ever encountered.
Based on a wealth of previously undiscovered correspondence and dozens of new interviews, Shirley Jackson—an exploration of astonishing talent shaped by a damaging childhood and turbulent marriage—becomes the definitive biography of a generational avatar and an American literary giant.

Shirley Jackson: A Rather Haunted Life by Ruth Franklin
My rating: 4 of 5 stars

Shirley Jackson: A Rather Haunted Life by Ruth Franklin is a 2016 Liveright publication.


I wonder, when hearing the name Shirley Jackson, which book pops into your mind? ‘The Lottery’ or ‘We Have Always Lived in a Castle’ or ‘The Haunting of Hill House’?

I’d bet most people associate Jackson with Hill House, which is understandable. But, for me, ‘The Lottery’ is the first thing that pops into my mind. Mainly, this is because of a personal experience, that even after all these years, still sticks in my mind.

I was in the fifth grade, the day was cold and rainy, so the teachers kept us indoors, deciding to allow the class to watch a film to keep us occupied. The film we watched was ‘The Lottery’, which was based on Jackson’s short story. This would have been the 1969 version. (This version can be found on YouTube, if you want to see a bit of nostalgia)

I had never heard of it, and if my classmates were being honest, they would have to admit they hadn’t either. I suspect my two teachers, in the progressive school I attended were also rather ignorant of the film’s content, since I can’t, even with the enlightenment our children are apt to possess these days, would have shown that particular film if they had known what to expect. While the film was, and may still be, shown to high school and college students, I don’t know if it was intended for fifth graders. I remember the absolute silence in the classroom when the film ended…

I still remember the shock I felt after the movie ended and recall having a few nightmares too.


Years later, Jackson would grab headlines again with this opening to ‘The Haunting of Hill House’-

“No live organism can continue for long to exist sanely under conditions of absolute reality; even larks and katydids are supposed, by some, to dream.

Hill House, not sane, stood by itself against its hills, holding darkness within; it had stood for eighty years and might stand for eighty more. Within, walls continued upright, bricks made neatly, floors were firm, and doors were sensibly shut; silence lay steadily against the wood and stone of Hill House, and whatever walked there, walked alone.”


That line, is perhaps one of the most chilling opening sequences ever, at least in regards to stories about haunted houses, and the novel solidified Shirley’s reputation and popularity.


However, despite her undeniable and natural talent as a writer, and her ultimate success, both critical and commercial, her private life by turns happy and content or unhappy and discontent, occasionally all at once.


Shirley and her mother had a rocky relationship, which most likely left her with a predisposition which allowed the same behavior and treatment from her husband, Stanley Hyman to go on from the beginning of their relationship and into their marriage pretty much unchecked.

Shirley’s writing often tackled in an allegorical way, the difficulties of balancing her homemaking role with her desire for a career in writing. The rock and a hard place she often found herself in, was expressed in her stories, which chronicled loneliness, depression, anxiety, fantasy, and longing, showcasing the conflicts and feelings of entrapment and boredom women coped with, especially those who were married.

Shirley’s struggled with her husband’s many infidelities, her strained relationship with her mother, the expectations placed on her, and with her appearance. Shirley had trouble with her weight and was not interested in becoming a fashion plate. Her life was her writing, her books, and her children.

She did try to control her weight, at least on a few occasions, and fought hard against anxiety, and hoped for relief for debilitating headaches. These battles led her doctors to prescribe a myriad of medications, which only added to her health problems and increased her anxiety.

One interesting subject, which was played up by Shirley on occasion, was her interest in witchcraft and the occult. She even learned to read Tarot cards. But, the author stops short of suggesting the interest went beyond that, although Shirley often joked about using witchcraft for one purpose or another.

Still, the author insists most of that was simply something Shirley did to tease and entice, hoping to add a little mystique to her personality… and sell more books, of course.

‘Jackson was interested in witchcraft, she writes, less as a “practical method for influencing the world” than as “a way of embracing and channeling female power at a time when women in America often had little control over their lives.”

In many ways, Shirley is an enigma, a woman ahead of her time, and full of inconsistencies. I could sympathize and relate to her on many points, felt outraged on her behalf, and was amazed by her talent.

This biography is very well researched, organized, and chock full of revealing details and interviews, never published, until now. The author wisely allows the reader to draw their own conclusions about what Shirley’s work really meant, and gently points to the parallels between her personal life and the stories she wrote.

There were a few times when the author strayed off course and spent a little too much time with Shirley’s family members, especially with Stanley. Occasionally, I grew impatient with this, and Stanley personally was pretty hard to take, but thankfully, it only happened a couple of times.

There are also a few photographs and includes a comprehensive index at the end. It is obvious Ruth Franklin tackled Shirley’s biography with respect and awe, covering every aspect of her life, giving the reader one of the most intimate portraits of this beloved and often underestimated author. The care and time that went into this book is quite apparent. 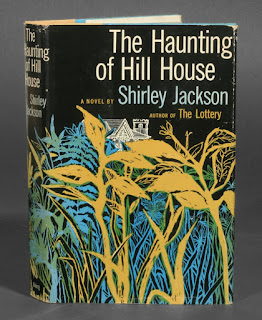 While I have enjoyed a couple of pretty decent memoirs lately, this is one of the most fascinating biographies I’ve read in recent memory. Every single moment was interesting, absorbing, and provoked as many emotions as a novel might for its fictional main character.

I have not read all of Shirley Jackson’s novels, but I hope I can find copies of her work, other than the novels she is most famous for. She was a most prolific author and a great talent gone way too soon and it is sad she didn’t live to see her literary contributions gain the measure of respect she was mostly denied in her lifetime.


GET YOUR COPY HERE:
https://www.amazon.com/Shirley-Jackson-Rather-Haunted-Life-ebook/dp/B01BX7S014/ 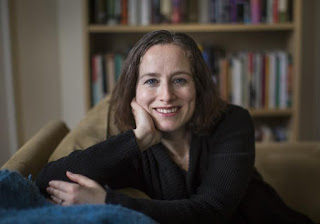 Ruth Franklin is a book critic and former editor at The New Republic. She has written for many publications, including The New Yorker, Harper’s, The New York Times Book Review, The New York Review of Books, and Salmagundi, to which she contributes a regular film column. She is the recipient of a Guggenheim Fellowship in biography, a Cullman Fellowship at the New York Public Library, a Leon Levy Fellowship in biography, and the Roger Shattuck Prize for Criticism. Her first book, A Thousand Darknesses: Lies and Truth in Holocaust Fiction (Oxford University Press, 2011), was a finalist for the Sami Rohr Prize for Jewish Literature. She lives in Brooklyn, New York.
Posted by gpangel at 1:00 AM