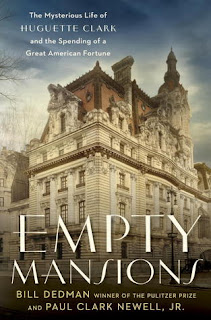 When Pulitzer Prize–winning journalist Bill Dedman noticed in 2009 a grand home for sale, unoccupied for nearly sixty years, he stumbled through a surprising portal into American history. Empty Mansions is a rich mystery of wealth and loss, connecting the Gilded Age opulence of the nineteenth century with a twenty-first-century battle over a $300 million inheritance. At its heart is a reclusive heiress named Huguette Clark, a woman so secretive that, at the time of her death at age 104, no new photograph of her had been seen in decades. Though she owned palatial homes in California, New York, and Connecticut, why had she lived for twenty years in a simple hospital room, despite being in excellent health? Why were her valuables being sold off? Was she in control of her fortune, or controlled by those managing her money?

Dedman has collaborated with Huguette Clark’s cousin, Paul Clark Newell, Jr., one of the few relatives to have frequent conversations with her. Dedman and Newell tell a fairy tale in reverse: the bright, talented daughter, born into a family of extreme wealth and privilege, who secrets herself away from the outside world.

Huguette was the daughter of self-made copper industrialist W. A. Clark, nearly as rich as Rockefeller in his day, a controversial senator, railroad builder, and founder of Las Vegas. She grew up in the largest house in New York City, a remarkable dwelling with 121 rooms for a family of four. She owned paintings by Degas and Renoir, a world-renowned Stradivarius violin, a vast collection of antique dolls. But wanting more than treasures, she devoted her wealth to buying gifts for friends and strangers alike, to quietly her own work as an artist, and to guarding the privacy she valued above all else.

The Clark family story spans nearly all of American history in three generations, from a log cabin in Pennsylvania to mining camps in the Montana gold rush, from backdoor politics in Washington to a distress call from an elegant Fifth Avenue apartment. The same was touched by the terror attacks of 9/11 held a ticket nine decades earlier for a first-class stateroom on the second voyage of the Titanic. 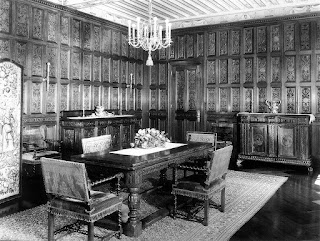 The dining room at Bellosguardo, the Clark summer home in Santa Barbara, California


Empty Mansions  a complex portrait of the mysterious Huguette and her intimate circle. We meet her extravagant father, her publicity-shy mother, her star-crossed sister, her French boyfriend, her nurse who received more than $30 million in gifts, and the relatives fighting to inherit Huguette’s copper fortune. Richly illustrated with more than seventy photographs, Empty Mansions is an enthralling story of an eccentric of the highest order, a jewel of the Gilded Age who lived life on her own terms.
The No. 1 New York Times bestseller. Best nonfiction books of the year Goodreads, Amazon.com, and Barnes & Noble. One of the New York Times critic Janet Maslin's 10 favorite books of 2013.

Empty Mansions: The Mysterious Life of Huguette Clark and the Spending of a Great American Fortune by Bill Dedman
My rating: 4 of 5 stars

Empty Mansions: The Mysterious Life of Huguette Clark and the Spending of a Great American Fortune by Bill Dedman and Paul Clark Newell Jr. a 2013 Ballantine publication.

This is one of those books I discovered through a Goodreads friend, and thankfully one of my local libraries to provide me with a digital copy and another one had it on audio, so I listened to parts of the book and read the other parts, which made this a unique experience.

The author describes how he first came across the story of the Clark family’s empty mansions and I can see why this story and mystery surrounding it would appeal to anyone, but for a journalist the urge to investigate was nearly impossible to ignore.

The book got off to a slow start for me, as the authors went through the family background explaining how Clarks accumulated their vast fortune.

But then the book began to read like an episode of “American Castles’ and I got caught up the descriptions of opulence, the blueprints of the main properties owned by W.A. Clark. The designs, the furnishings, the grounds and the various collections of art and books, china and countless other investments were mind boggling.

I then found myself wrapped up in W. A. Clark’s rather colorful personal life, his bid for the senate, various scandals he found himself embroiled in, and of course his family life.

All of this is quite interesting, but then the second half of the book begins to focus exclusively on Huguette Clark, W.A.’s daughter, who eventually inherited the family fortune.

Huguette Clark was an odd duck, surely suffering from some form of mental illness, such as agoraphobia. 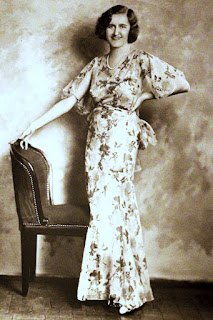 Which is why she spent the last part of her life in a hospital room instead of living in any of the incredible properties she owned. Still, she insisted that the properties were maintained, although the caretakers never met her in person.

She maintained an incredible collection of dolls, one that kept her rapt attention well into her later years, which added to her eccentric persona.

But, once she shut herself off from the world, allowing people access to her funds, and realizing her penchant for giving away large sums of money to people, namely people who cared for her during her long hospital stay, it made her quite vulnerable. She was taken advantage of by many people and institutions, until her fortune began to dwindle and was put at risk.

Yet, despite her overly generous nature, her , and mental illnesses, she was physically well, and I think maybe she controlled her life the best way she knew how, unable to trust certain people capable of coping with the demands and pressures of such a large fortune and the obligations typically attached to it. She may very well have done with her money, exactly what she wished to, although some took advantage of her in a terrible way.

Sadly, her family contested her wills, with a three hundred million dollar bounty on the line, but one had to wonder if maybe Huguette’s mind was sound and she left what was left of her fortune to the people and causes she wanted. I was conflicted about the will, but felt that most of it should have been left as it was, although the nurse Huguette seemed so fond of, was not my favorite, but then neither were the relatives who came crawling out of the woodwork after her death.
.

This is a fascinating historical novel, highlighting a family whose wealth rivaled the Rockefellers, but whose name faded into obscurity. It’s a shame the mansions were left unoccupied for so many years, and it’s so sad that Huguette didn’t do more with her life. Her story is a kind of cautionary tale, warning that money does not buy happiness or contentment. 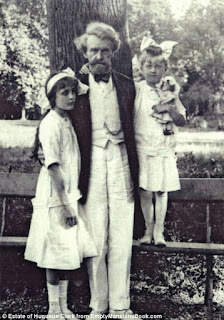 
This book has been researched thoroughly and gives us an intimate look at the Clark family and their history. The audio version includes some actual voice mail recordings and the book provides a few interior photos the mansions.

I felt like this book was a nice mix of history and family saga, rich in historical details, sweeping the reader up into the gilded age, which is a period of history I find endlessly fascinating.

Although the book ends before the settlement was reached with the family, you can look up the Clark family on the internet to learn what eventually happened to the long vacant properties.

Despite the rough start, I ended up losing myself in this book and it has wetted my appetite for more information on the family and the amazing collections and homes they built. 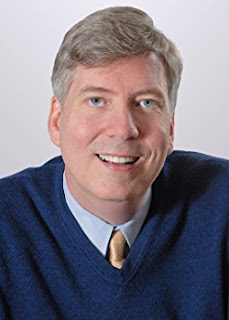 When Pulitzer investigative journalist Bill Dedman noticed a grand estate in Connecticut that had sat empty for nearly sixty years, he had no idea that he was stumbling onto one of the greatest American stories of the nineteenth and twentieth centuries--complete with copper barons, Gilded Age opulence, backdoor politics, and a reclusive 104-year-old heiress named Huguette Clark. His series of stories about the Clarks became the most popular feature in the history of NBC's news web site, topping 110 million page views.
Bill received the 1989 Pulitzer Prize in investigative reporting for his work for The Atlanta Journal-Constitution. He got his start in journalism 16 as a copy boy at The Chattanooga Times, and has written for The Boston Globe, The Washington Post and The New York Times. After eight years at NBC News, Bill moved in 2014 to Newsday, the newspaper on Long Island, N.Y., as a senior writer.
Posted by gpangel at 1:30 AM