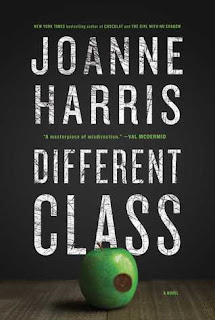 After thirty years at St Oswald’s Grammar in North Yorkshire, Latin master Roy Straitley has seen all kinds of boys come and go. Each class has its clowns, its rebels, its underdogs, its ‘Brodie’ boys who, whilst of course he doesn’t have , hold a special place in an old teacher’s heart. But every so often there’s a boy who doesn’t fit the . A troublemaker. A boy with hidden shadows inside.
With insolvency and academic failure looming, a new broom has arrived at the venerable school, bringing , sharp suits and even sixth form girls to the dusty corridors. But while his sardonic best to resist this march to the future, a shadow from his past is stirring. A boy who even twenty years on haunts his dreams. A boy capable of bad things.

Different Class by Joanne Harris
My rating: 4 of 5 stars

Different Class by Joanne Harris is a 2017 Touchstone publication.

“Injustice is the tiny of something broken in the soul that can never be mended.”

I had a feeling I was going to like this book, and my intuitions didn’t disappoint me.

Roy Straitley has taught Latin at the prestigious St. Oswald’s Grammar boys school for thirty years. But, the school is standing on rocky ground after a scandal and financial problems. The old ways are being shoved to the side in favor of technology, by a new headmaster, who is a former student of Roy’s.

As the new headmaster brings about sweeping changes, including girls in the classroom, Roy struggles to adapt. But, that is not the only thing niggling at him. The past has come calling, dredging up a sordid scandal from twenty -years prior, one that is still unresolved in Roy’s mind, and one that involves the new headmaster, a man Roy is convinced is out to settle old scores.

Fans of classic British mysteries will appreciate the slow, but steady pace of this novel, which is more atmosphere than action for a good while, but it is utterly absorbing because of the dark tones and feeling of foreboding.

Roy Straitley is a bachelor, a man who has devoted his entire life to teaching and is proud of his loyalty to the school. He loves the old traditions, the way the teachers and administration closed ranks around one another, even if they weren’t exactly best friends. But, those traditions are at stake now, and he finds himself being pushed out, told to accept his retirement and enjoy the rest of his life in peace. But Roy is a stubborn fighter, and he intends to see his old friend honored, and the truth exposed, once and for all.

narration, is very thoughtful and telling, perfectly characterized, to the point where I thought I may have recognized Roy in some people I know, personally, especially when it came to his obvious disdain for modern sensitivities, and political correctness. Trust mehis musings are often very sarcastic, and amusing.

Between the back and forth narratives from the past to the present, a series of letters, written from one student to another, informs the reader of a series of dark crimes and confessions, which will reveal a shocking truth that will leave you wondering just how well you know your friends.

This novel is chock full of ironies, and juxtapositions, that reveal much about the darker side of human nature. It’s a thinking person’s novel, one that is best enjoyed at a leisurely pace, so as not miss any of the nuances. This is also a lurid, complex tale of horror and suspense, a cat and mouse game, all told with a subtlety that gives the story an , yet is filled with a mocking tone full of dark humor and wit, which delighted me to no end.

In all honestly, I have not read the other books by this author, and while I do believe some her books feature recurring characters, I don’t think they are categorized as a series and can be read as stand alones.

However, this author is now on my list of ‘must reads’, and I will definitely read more of her work. 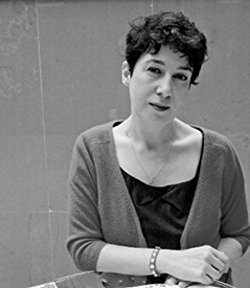 Joanne Harris is a British author, whose books include fourteen novels, two cookbooks and many short stories. Her work is extremely diverse, covering aspects of realism, suspense, historical fiction, mythology and fantasy. She has also written a DR WHO novella for the BBC, has scripted guest episodes for the game ZOMBIES, RUN!, and is currently engaged in a number of musical theatre projects as well as developing an original drama for television.In 2000, her 1999 novel CHOCOLAT was adapted to the screen, starring Juliette Binoche and Johnny Depp. She is an honorary Fellow of St Catharine's College, Cambridge, and in 2013 was awarded an MBE by the Queen.Her hobbies are listed in Who's Who as 'mooching, lounging, strutting, strumming, priest-baiting and quiet subversion'. She also spends too much time on Twitter; plays flute and bass guitar in a band first formed when she was 16; and works from a shed in her garden at her home in Yorkshire.
Posted by gpangel at 1:00 AM