The Girl in the Ice by Robert Bryndza - Feature and Review 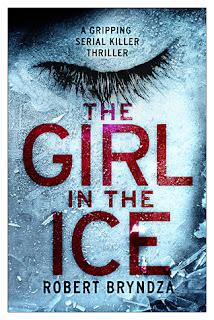 Her eyes are wide open. Her lips parted as if to speak. Her dead body frozen in the iceShe is not the only one.

When a young boy discovers the body of a woman beneath a thick sheet of ice in a South London park, Detective Erika Foster is called in to lead the murder investigation.

The victim, a beautiful young socialite, appeared to have the perfect life. Yet when Erika begins to dig deeper, she starts to connect the dots between the murder and the killings of three prostitutes, all found strangled, hands bound and dumped in water around London.

What dark secrets is the girl in the ice hiding?

As Erika inches closer to uncovering the truth, the killer is closing in on Erika.

The last investigation Erika led went badly wrong… resulting in the death of her husband. With her career hanging by a thread, Erika must now battle her own personal demons as well as a killer more deadly than any she’s faced before. But will she get to him before he strikes again?

The Girl In The Ice by Robert Bryndza
My rating: 4 of 5 stars

The Girl in the Ice by Robert Bryndza is a 2016 Bookouture publication.

A few months back, it seemed nearly every one of my Goodreads friends was reading this book. The cover pops and I was intensely curious, and maybe a little envious because I was missing out. However, my plate was full just then, but I was determined to catch up with the series as quickly as possible.

The story grabbed my attention immediately and from there the pacing was relentless, and kept me glued to the pages from beginning to end.

When Andrea, a beautiful, wealthy young woman is found dead, DCI Ericka Foster is assigned the case. This is her first major case after a lengthy leave of absence and she quickly finds herself in hot water when her boss insists she color inside the lines due to the power and wealth of the victim’s family. The revelations and twists are well timed and the story took me in a direction I would never have guessed it would.


The characters are interesting, and Ericka carries some heavy burdens and baggage, but she’s not too dark or moody, a current trend that could burn itself out if used too often, so the author did a wonderful balancing act with Ericka and her colleagues.

I love it when a story stays on track, keeps the personal drama from overpowering the case at hand, and I give extra credit if I don’t guess who the bad guy was. While I do love quick pacing and hate deliberate filler, this one might have benefited from that tactic just a little, in order to build suspense and create a more sinister atmosphere.

However, I think this is an excellent thriller, and a terrific way to start off a new series. I keep hearing good things about the new releases from this series and am really excited about reading them in the future. 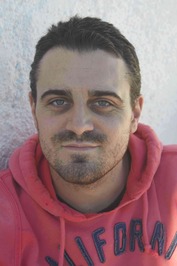 Robert Bryndza is the author of the international #1 bestseller The Girl in the Ice. The Wall Street Journal and USA Today bestseller is the first in the new Detective Erika Foster series.
The second book in the series, The Night Stalker, is a Wall Street Journal no1 bestseller, and the third book, Dark Water has just been published.
Robert's books have sold over a million copies and have been translated into 21 languages.
In addition to writing Crime Fiction, Robert has published a bestselling series of romantic comedy novels. He is British and lives in Slovakia with his Slovak husband Ján.
You can find out more about the author at www.robertbryndza.com and on Twitter @RobertBryndza
Sign up Robert Bryndza‘s New Release Mailing List here: http://eepurl.com/UITxz
Posted by gpangel at 1:00 AM