This Monday's Musical Moment Spotlight is:

NOT DEAD YET BY PHIL COLLINS 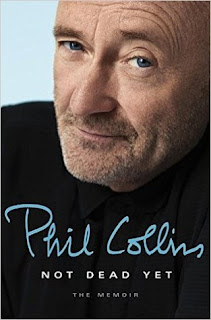 Phil Collins pulls no punches—about himself, his life, or the ecstasy and heartbreak that’s inspired his music. In his much-awaited memoir, Not Dead Yet, he tells the story of his epic career, with an auspicious debut at age 11 in a crowd shot from the Beatles’ legendary film A Hard Day’s Night. A drummer since almost before he could walk, Collins received on the job training in the seedy, thrilling bars and clubs of 1960s swinging London before finally landing the drum seat in Genesis. Soon, he would step into the spotlight on vocals after the departure of Peter Gabriel and begin to stockpile the songs that would rocket him to international fame with the release of Face Value and In the Air Tonight. Whether he’s recalling jamming with Eric Clapton and Robert Plant, pulling together a big band fronted by Tony Bennett, or writing the music for Disney’s smash-hit animated Tarzan, Collins’s storytelling chops never waver. And of course he answers the pressing question on everyone’s mind: just what does Sussudio mean?

Not Dead Yet  Phil Collins’s candid, witty, unvarnished story of the songs and shows, the hits and pans, his marriages and divorces, the ascents to the top of the charts and into the tabloid headlines. As one of only three musicians to sell 100 million records both in a group and as a solo artist, Collins breathes rare air, but has never lost his touch at crafting songs from the heart that touch listeners around the globe. That same touch is on magnificent display here, especially as he unfolds his harrowing descent into darkness after his “official” retirement in 2007, and the profound, enduring love that helped save him. This is Phil Collins as you’ve always known him, but also as you’ve never heard him before.

Not Dead Yet: The Memoir by Phil Collins
My rating: 5 of 5 stars

Not Dead Yet by Phil Collins is a 2016 Crown Archetype publication.


My luck with rock memoirs this year has been lukewarm at best. I’ve been disappointed, or unimpressed or bored to tears for the most part, with only one or two exceptions.

So, being a huge fan of Genesis and Phil Collins, I was a little wary about reading this one, but noticed the book has had a very favorable response from readers, so I decided to give it a try.

Well, this one wins best rock/music memoir of 2016 award from me!

Phil told his story with so much humor and honesty!! This is a very refreshing approach to take with a memoir and Phil is incredibly personable and despite his fame, he seems to have a self-deprecating manner, especially when speaking of his foibles. Only once or twice was there a hint of snark, but it was so light it hardly counted.

My favorite segment of this book was about ‘Live Aid’. This was a crazy adventure for Phil, who participated in both shows, with mixed success. I ended up laughing out loud about some of the absurdities of that day.

Once the nineties rolled around and Phil left Genesis, I lost track of him, except for the scandal involving his divorce from his second wife. But, here in America, I don’t recall it being such a big thing, but, apparently, it was a pretty big deal in the British tabloids. His reputation took a big hit and his career started to slow down during this time as well, which led to a slow downward spiral.

He did, while describing this tumultuous period, did do a little whining, and of course I did not approve of his decisions, but he doesn’t gloss over his misdeeds or make excuses either. He was a cad and he knew it, and owned up to it, for the most part.

I was lucky enough to have attended a Genesis concert, as well one of Phil’s solo performances. Both shows were outstanding and I am thankful I got to experience the wonderful musicianship and talent Phil brought to the table. Reading this memoir brought back so many wonderful memories and reminded me of the wealth of material Phil was involved with. I’ve been revisiting a lot of this wonderful music while reading this memoir, and am amazed by the quality of work, the immense talent, and depth much of this music showcases, whether with Genesis or with his solo work. His music really is iconic.


The details he provided about the physical torment drummers can go through, especially on tour, was riveting. I never imagined the toll it takes on the drummer’s hands and body, and the extreme measures they go through to make it through a tour. Not only that, Phil had to preserve his voice too, which was another struggle altogether.

Phil has led an interesting and colorful life and I so enjoyed hearing him tell his story in his own words, and appreciated his mesmerizing way with words that made me feel as though he were speaking to me directly and personally. 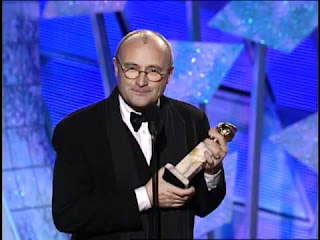 It is sad to hear his health has been so bad recently, and that he’s suffered through a great deal of pain, both physically and emotionally.

However, he’s back now…. Like he never went away.

This is one of the very best memoirs I’ve read, and is an absolute must for Phil’s fans. But, even if you aren't a huge fan, you will probably find his story to be a fascinating read, will enjoy his humor and respect his candor. 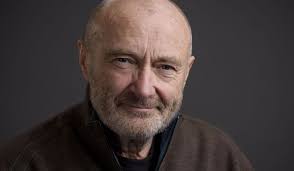 Philip David Charles "Phil" Collins is an English singer, songwriter, music producer, actor, author, and Alamo history enthusiast. He gained fame as both the drummer and lead singer for the rock band Genesis, as well as worldwide success as a solo artist. His most successful period as a solo artist was between 1983 and 1990. Collins is among the best-selling music artists of all time with over an estimated 150 million albums sold worldwide. He received a star on the Hollywood Walk of Fame in 1999 and induction into the Songwriters Hall of Fame in 2003, the Rock and Roll Hall of Fame (as a member of Genesis) in 2010.