The Perfect Girl by Gilly Macmillian- Feature and Review 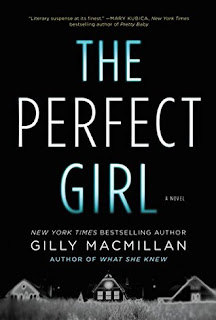 ABOUT THE BOOK:
Zoe Maisey is a seventeen-year-old musical prodigy with a genius IQ. Three years ago, she was involved in a tragic incident that left three classmates dead. She served her time, and now her mother, Maria, is resolved to keep that devastating fact tucked far away from their new beginning, hiding the past even from her new husband and demanding Zoe do the same.

Tonight Zoe is giving a recital that Maria has been planning for months. It needs to be the performance of her life. But instead, by the end of the evening, Maria is dead.
In the aftermath, everyone—police, family, Zoe's former solicitor, and Zoe herself—tries to piece together what happened. But as Zoe knows all too well, the truth is rarely straightforward, and the closer we are to someone, the less we may see.

Unfolding over a span of twenty-four hours through three compelling narratives, The Perfect Girl is gripping, surprising, and emotionally complex—a richly layered look at loyalty, second chances, and the way secrets unravel us all.

The Perfect Girl by Gilly Macmillan
My rating: 4 of 5 stars

The Perfect Girl by Gilly Macmillan is a 2016 Little, Brown Book Group publication.
After having read ‘What she Knew”, I have been on the lookout for more books by Gilly Macmillan. This one popped up on my digital library service a few weeks ago and without hesitation,I placed a hold on it.

Zoe, a musical prodigy with a promising future ahead of her, commits a huge crime, makes an irrevocable mistake that leads to unspeakable tragedy. If you were on the receiving end of this situation, you might find yourself incapable of warming up to Zoe, unable to trust her, or her motives. On the other hand, she has paid for her crimes and so perhaps she should make the most of her life from here on out, if she can.

So, when Zoe’s mother meets a widower with a son, the second chance at a happy family presents itself. But, when Zoe’s past comes calling the family quickly disintegrates and once more Zoe’s chances for a normal, happy family evaporates.

But, the situation is much darker than it appears on the surface, and in the wake of a second tragedy, Zoe sees her chance to create a new opportunity for herself….


The story is told from the first person perspectives of Tessa, Zoe’s aunt and her husband, Richard, whose marriage is teetering on the edge, as well as Zoe, her stepbrother, Lucas, and Sam, Zoe’s attorney.

The story has a sinister feel to it all throughout, and presents a number of moral dilemmas for the reader to wade through.

Every single character, except the baby, was hard to like on some level, as each of them were dishonest, manipulative, and secretive. However, there were a few characters who shook off the cobwebs and pulled themselves up, determined to face the future in a more positive way, while others will have to cope with choices that are morally ambiguous, leaving it up to the reader to ruminate on the way everything turned out, and decide if things will really work the way we hope it does for all concerned.

The characterizations, as well as the switch from past to present and the actions and rationalizations the characters provide to excuse what they did, could put some readers off, but then again, I will lay you odds this book, like all other current psychological thrillers, has been marketed as ‘for fans of ‘Gone Girl’ and ‘The Girl on a Train.’ So, if you know going in that each character is flawed, some more so than others, and are not always easy to like or cheer for, you’ll be fine.

This book could also be called, ‘The Secret Life of Teenagers’, since, despite what we want to think, they are indeed quite capable of devising cunning plots and telling smooth, nearly undetectable lies, hiding secrets, and covering up their crimes and misdemeanors. But, will they be found out in the end?


At the end of the day, what it all boils down to is whether or not you can wrap your head around the events that transpire over a relatively short period of time and if you agree with the actions and choices the characters made, and the motives behind them.

I thought his story was constructed very well, the suspense was solid, although not tense enough to prompt nail biting, but the twists were terrific and made me wonder if maybe a little poetic justice was worth it in the end. You tell me. 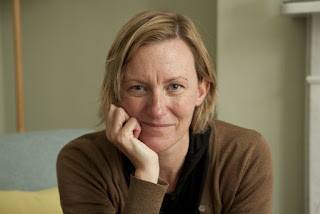 Gilly Macmillan grew up in Swindon, Wiltshire and also lived in Northern California in her late teens. She studied History of Art at Bristol University and then at the Courtauld Institute of Art in London.

She worked at The Burlington Magazine and the Hayward Gallery before starting a family, and since then has done some lecturing ‘A’ Level photography.

Gilly lives in Bristol, UK with her husband and three children and now writes full time. She’s currently working on her third novel.