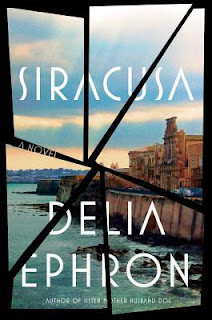 Marriage and deceit from author Delia Ephron that follows two couples on vacation in Siracusa, a town on the coast of Sicily, where the secrets they have hidden from each other are exposed and relationships are unraveled.
New Yorkers Michael, a famous writer, and Lizzie, a journalist, travel to Italy with their friends from Maine—Finn, his wife Taylor, and their daughter Snow. “From the beginning,” says Taylor, “it was a conspiracy for Lizzie and Finn to be together.” Told Rashomon-style alternating points of view, the characters expose and stumble upon lies and infidelities past and present. Snow, ten years old and precociously drawn into a far more adult drama, becomes the catalyst for catastrophe as the novel explores collusion and betrayal in marriage.
Ephron delivers a meditation on marriage, friendship, and the meaning of travel. Set on the sun-drenched coast of the Ionian Sea, Siracusa unfolds with the pacing of a psychological thriller and delivers an unexpected final act that none can see coming.

Siracusa by Delia Ephron
My rating: 4 of 5 stars

Siracusa by Delia Ephron is a 2016 Blue Rider Press publication.

The synopsis promises the reader a trip to Italy, to Siracusa, in particular, with two married couples, Lizzie and Michael and Finn and Taylor. What starts off as a seemingly ideal and romantic vacation quickly deflates as the two couples experience marital discord, divulge and uncover secrets and sins, and flirt with disaster until it all blows up spectacularly. But underneath this explosive veneer, something far more sinister is brewing, something that will slowly sneak up behind you, and when it finally taps you on the shoulder, the hair will stand up on the back of your neck and shivers will run down your spine, and ultimately leave you shaken and very, very, uneasy.

Lizzie and Michael have been married for a good while, but are childless. He’s a famous writer, while Lizzie sticks to smaller projects. The couple are vacationing with Finn and Taylor, along with their pre-teen daughter, Snow.

Finn and Lizzie share a romantic past, which immediately brings tension to the situation. Michael’s always working on his novel, even it’s just in his head, and is constantly preoccupied, but, he is also hiding a huge secret, one that has him obsessing, but is weighing him down at the same time.

Taylor is totally disconnected from everyone, but her daughter, to the point of unhealthy obsession, as well as constantly trying to look chic, well dressed and put together, while, Snow suffers from extreme shyness, and quietly lurks in the background, allowing her mother to smother her at will.

The location is central to the story almost like a character in its own right. The old world charm should be soothing, relaxing, and romantic, but turns out to be anything but, as events unravel with lightning speed once they arrive in Siracusa. 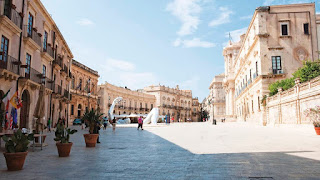 Each of the adult characters tells the reader their version of events as they unfold, which highlights their self-absorption, and weaknesses, proving they are flawed on many levels, and I can’t say I sympathized with any of them all that much, but did wind up cheering for one them in the end.

The story is very well written, moves along at a brisk pace, and pops with sassy dialogue, and a bit of dark humor thrown in for good measure.

I was on the edge of my seat almost from the beginning, sensing something catastrophic was going to occur, while I watched the two couples try to create the illusion of a solid marriage, while they duke it out verbally and emotionally, riding a train that was obviously headed for derailment, but I never in a million years could have guessed how things would end up. There is a stunning development that leads to an even bigger and more shocking twist, you will never see coming, one that will change the lives of these five people forevermore.

I really liked this book and appreciated the author’s style, which is original and refreshing.
This story is deceptively clever, deliciously wicked and sly, and will leave you both amused and unsettled!
Fans of contemporary fiction will enjoy this one, but so will those who enjoy novels of suspense and mysteries. 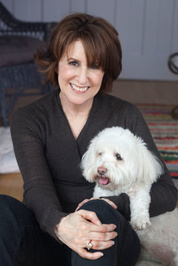 Bestselling author and screenwriter Delia Ephron's most recent novel is Siracusa. Her other novels include The Lion Is In and Hanging Up. She has written humor books for all ages, including How to Eat Like a Child and Do I Have to Say Hello?; and nonfiction, most recently Sister Mother Husband Dog (etc.). Her films include You’ve Got Mail, The Sisterhood of the Traveling Pants, Hanging Up (based on her novel), and Michael. Her journalism has appeared in The New York Times, O: The Oprah Magazine, Vogue, and Vanity Fair. Her hit play Love, Loss, and What I Wore (co-written Nora Ephron) ran for more than two years off-Broadway and has been performed all over the world. She lives in New York City.