I Wish You Were Mine- An Oxford Novel- by Lauren Layne- ONLY $0.99 -FOR A LIMITED TIME

I WISH YOU WERE MINE
Oxford #2
Lauren Layne
Released on February 2, 2016

Perfect for fans of Alice Clayton and Emma Chase, Lauren Layne’s Oxford series heats up in this story of forbidden desire as a brooding jock hoping for a comeback falls for a woman who’s strictly off-limits.

A year ago, Jackson Burke was married to the love of his life and playing quarterback for the Texas Redhawks. Now he’s retired, courtesy of the car accident that ruined his career—and single, after a nasty scandal torpedoed his marriage. Just as he’s starting to get used to his new life as a health and fitness columnist for Oxford magazine, his unpredictable ex shows up on his doorstep in Manhattan. Jackson should be thrilled. But he can’t stop thinking about the one person who’s always been there for him, the one girl he could never have: her younger sister.

Mollie Carrington can’t say no to Madison. After all, her older sister practically raised her. So when Madison begs for help in winning her ex-husband back, Mollie’s just glad she got over her own crush on Jackson ages ago—or so she thought. Mollie reconnects with Jackson, she quickly forgets all her reasons to stay loyal to her sister. Tempted by Jackson’s mellow drawl and cowboy good looks, Mollie is sick and tired of coming in second place. But she can’t win if she doesn’t play the game.

Lauren Layne is the USA Today bestselling author of more than a dozen romantic comedies. She lives in New York City with her husband (who was her high school sweetheart--cute, right?!) and plus-sized Pomeranian.

In 2011, she ditched her corporate career in Seattle to pursue a full-time writing career in Manhattan, and never looked back.

In her ideal world, every stiletto-wearing, Kate Spade wielding woman would carry a Kindle stocked with Lauren Layne books. 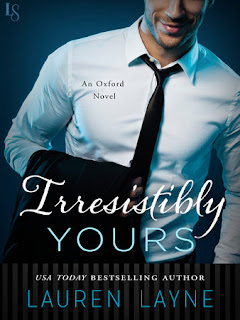 
Pre-Order SOMEONE LIKE YOU
Oxford Book Three
Coming December 6th 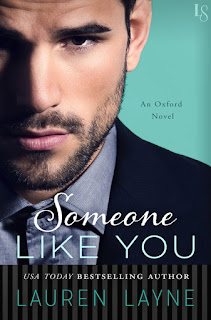 
Find out MORE about the STILETTO/OXFORD World here