Girl in the Water by Dana Marton- Pre- Order Blast Sale- 30% Off! + Feature and Review 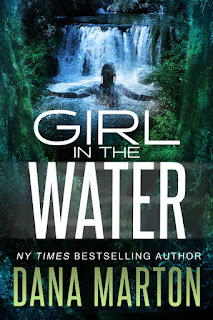 He doesn't mind breaking rules, just never his own. Rule #1: You don't seduce the woman you protect.

After the death of his wife and twin sons, Army vet Ian Slaney is a shadow of his former self. On the path of self-destruction, only his best friend's disappearance in South America pulls Ian back from the ledge. He rushes to Brazil, only to discover that his friend was murdered. The single lead in the case is also the single biggest obstacle--Daniela, a mysterious beauty very much in need of protection, with a host of secrets hidden in a dark past. As the two of them track down clues and try to untangle an impossible case, they draw the attention of all the wrong people, and danger follows them back to the US. Ian wants the murderers. Daniela wants Ian to acknowledge the hot sparks of passion between them. But convincing Ian to set aside his protective instincts proves more difficult than teaching a water buffalo to tap dance.


TAKE YOURSELF ON AN EPIC ROMANTIC ADVENTURE to another world, with a spellbinding story about love and hate, honor and evil, hope and justice set against the exotic backdrop of the teeming Amazon rain forest.

PRE-ORDER NOW AND GET A 30% DISCOUNT! 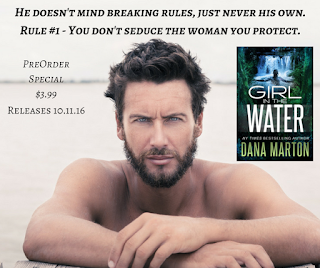 GIRL IN THE WATER
Excerpt: A couple of boats had been dragged up on the flat of the riverbank. Nobody around. Ian sat in the shade of the largest boat and pretended to be watching the barges and tugboats going past him. He stole a glance at the house, hoping to spot Finch. Nothing there, but something rising out of the thirty feet from him caught his attention. At first, he thought it might be a caiman—South America’s version of an alligator. Caimans were native to the area, although, he had no idea if they lived in this part of this particular river. But instead, out of the river, rose a young woman. She seemed to be struggling withan anaconda? When the shiny black, long body wrapped around hers, Ian moved, ready to dive into the water to help her, but she had the upper hand and dragged the wriggling beast toward shore with a triumphant smile, and he could see that she had a giant eel. He couldn’t take his eyes off the thing. The eel stretched as long as the woman was tall, over five feet. They wrestled in the mud, the scene stunningly primal and elemental. She had a piece of rag tied around her small breasts, and another around her slim waist, covering only the private parts of her body. She was the most stunning sight he’d ever seen, long dark hair streaming down in wet rivulets. A goddess risen. A goddess in mortal struggle. His western sensibilities pushed him to run and help, but the woman and the eel and their battle seemed somehow the spirit of the Amazon itself, and he felt like an interloper. He felt that he couldn’t take the woman’s triumph away from her. And she did win, dragging the eel to shore, grabbing a rock the next second and smashing the eel’s head. The eel was still squirming when, with the same, sharp-edged rock, she gutted the thing, dumping the insides back into the river. She was not a peaceful goddess. She washed the eel efficiently, then picked up the carcass and carried it, staggering under the weight, up the tall, steep bank, and in through the back door of the house Ian had been watching. Ian’s chin might have dropped a little. Or a lot. In fact, he felt as if his chin just hit his lap. Who on earth was she?

Girl in the Water by Dana Marton
My rating: 4 of 5 stars

Girl in the Water by Dana Marton is a 2016 publication. I was provided a copy of this book in exchange for an honest review.

I have read Dana Marton’s romantic suspense novels for some time now, and always enjoyed them. But, her latest releases have taken on a different tone, by becoming grittier, faster paced, and more adventurous, featuring exotic locales and emotional love stories.

This story is set in Brazil, and features the beautiful Daniela, who was forced at an early age to do whatever it took to survive in the Amazon. Her luck changes when Finch takes her in, but then the worst happens and she must once again fend for herself…

Ian Slaney arrives, searching for his friend, Finch, only to find he’s been murdered. Once Daniela explains the situation, Ian realizes she is in danger, and takes her under his wing.

While life is much improved Daniela, she yearns to prove she is capable, independent, and smart enough to work alongside Ian on his missions. She also wants to prove to Ian, she is not just his ward, or like a sister or daughter

She is a grown woman and the two of them are perfect together.

Ian lost his wife and twin sons and has blamed himself ever since. When he finds Daniela he only wants to take her away from the harsh circumstances she has been subjected to and give her a real chance in life. He never allowed himself to think of her in any other way.

But, when a baby is kidnapped, Daniela’s experience and knowledge of Brazil makes her the perfect person for the job.

Despite Ian’s misgivings, the two return to the Amazon to find the missing infant and search for clues regarding the murder of Ian’s friend. This is Daniela’s chance to show Ian what she’s capable of, professionally and personally.

‘He had a heart, but he refused to acknowledge it. As she locked away her past, Ian had locked away his heart. The difference was that her past had to be locked away. The past was a around her neck, dragging her down to drown. And Daniela wanted to fly. She wanted to live the life Ian had promised her, being anything she wanted to be, because everything was possible. She could live without her past. She was better off without her past. But Ian couldn’t live without his heart.’


Can Ian open his heart up to Daniela or will he send her away to live her own life without him?
This story has a lot going on, with Finch’s murder to solve, and with the case involving the kidnapped baby. There are several big surprise twists, the action and pacing is brisk. I enjoyed seeing Daniela mature and have a normal life. Naturally, she is wiser than her years, and is very intuitive. She knows what she wants and isn’t afraid to go after it.

Ian is a bit of an enigma. On one hand, I admired his treatment of Daniela and found it appropriate to the circumstances. I think she needed to know that kind of unconditional love. But, he could also be obtuse, which was frustrating. He was very hard to convince and of course, he had to learn his lessons the hard way.
This love story is unconventional and I applaud the darker tones, which makes the outcome more rewarding.

Overall, this is a solid romantic suspense novel, with a unique plot line and an absorbing story filled with danger and intrigue, and is highly recommended to fans of this genre. 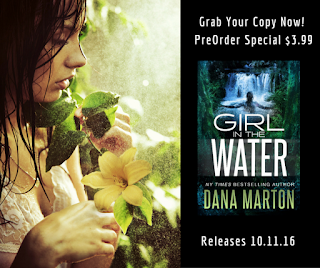 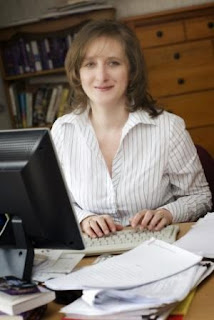 Dana Marton Author Bio:
New York Times and USA Today bestselling author Dana Marton has thrilled and entertained millions of readers around the globe with her fast-paced stories about strong women and honorable men who fight side by side for justice and survival.
Kirkus Reviews calls her writing “compelling and honest.” RT Book Review Magazine said, “Marton knows what makes a heroher characters are sure to become reader favorites.” Her writing has been acclaimed by critics, called, “gripping,” “intense and chilling,” “full of action,” “a thrilling adventure,” and wholeheartedly recommended to readers. Dana is the winner of the Daphne du Maurier Award of Excellence, the Readers’ Choice Award, and Best Intrigue, among other awards. Her book, TALL, DARK, AND LETHAL was nominated for the prestigious Rita Award. DEATHSCAPE reached the #1 spot on Amazon’s Romantic Suspense Bestseller list.  FLASH FIRE won the RITA for Romantic Suspense.
Dana has a Master’s degree in Writing Popular Fiction, and is studying the art and craft of writing, attending several workshops, seminars and conferences each year. Her number one goal is to bring the best books she possibly can to her readers.
Keeping in touch with readers is Dana’s favorite part of being an author. Please connect with her via her web site (www.danamarton.com) or her Facebook page (www.facebook.com/danamarton).
Having lived around the world, Dana currently creates her compelling stories in a small and lovely little town in Pennsylvania. The fictional town of her bestselling Broslin Creek series is based on her real life home where she fights her addictions to reading, garage sales, coffee and chocolate. If you know a good twelve-step program to help her with any of that, she’d be interested in hearing about it!
***Visit Dana’s website to read the first chapters of her books!