Forgive Me by Daniel Palmer- Feature and Review 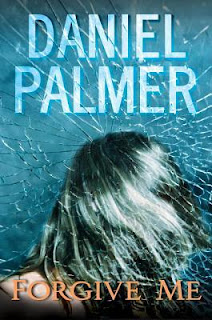 ABOUT THE BOOK:
In a heart-pounding thriller from one of the most innovative voices in contemporary suspense, a woman unravels the shocking truth about her parents, her past, and a life built upon an unthinkable lie.
At DeRose & Associates Private Investigators in Virginia, Angie DeRose strives to find and rescue endangered runaways--work that stands in stark contrast to her own safe, idyllic childhood. But in the wake of her mother's sudden death, Angie makes a life-altering discovery. Hidden among the mementos in her parents' attic is a photograph of a little girl, with a code and a hand-written message on the back: "May God forgive me."
Angie has no idea what it means or how to explain other questionable items among her mother's possessions. Her father claims to know nothing. Could Angie have a sister or other relative she was never told about? Bryce Taggart, the US Marshal working with her agency, agrees to help Angie learn the fate of the girl in the photograph. But the lies she and Bryce will bring her past and present together with terrifying force. And everything she cherishes will be threatened by the repercussions of one long-ago choice--and an enemy who will kill to keep a secret hidden forever.

Forgive Me by Daniel Palmer
My rating: 4 of 5 stars

Forgive Me by Daniel Palmer is a 2016 Kensington publication.

Angie DeRose is a dedicated PI, who has devoted her life to helping find runaway and missing children. When Nadine, a teenager with a troubled home life runs away, her mother hires Angie to find her.

But things become more complicated than usual when Angie’s mother dies suddenly and she discovers an old photograph her mother had hidden away. The photo is of a young girl with a deformity, with “May God Forgive Me’ written on the back in her mother’s handwriting, along with a what appears to be a code of some kind.

The picture haunts Angie and prompts her to investigate, never imagining the secrets she would unearth or the danger she would awaken in the process.

This vivid portrait of a runaway who falls prey to sex trafficking and slavery is so tense and at times difficult to read, as it is told with such authenticity and realism, it's almost as if I going through the experience with Nadine.


Based on the synopsis, I get the impression that of the two separate threads, the story concerning Angie’s mother was supposed to be the predominant story line. However, I could have taken or left this part of the story, as it didn’t provoke the same sense of dread that Nadine’s story did, nor did it evoke an emotional response from me, other than one of incredulity. It was just a bit too over the top in terms of plausibility and the last minute addition of characters muddied the waters, with the entire thread more or less falling to pieces, and then clumsily and hastily pasted back together.

This story would have been terrific if it had simply focused on the runaway angle, which was the saving grace of the novel.

The gritty details of being held prisoner, the slow degradation, the devaluing of human life, and the sad and mind blowing statistics involving the underground sex trade and slavery was written exceptionally well and if for no other reason, makes this novel worth your time.

Overall, both storylines were ambitious, and both could have been the main focus of a novel, with just a bit more fleshing out, but put together in one story, one outshines the other, thus creating an imbalance, but the one was so well done, I still recommend this book to anyone looking for a taut crime story. 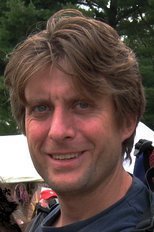 DANIEL PALMER is the author of four critically-acclaimed suspense novels. After receiving his master’s degree from Boston University, he spent a decade as an e-commerce pioneer. A recording artist, accomplished blues harmonica player, and lifelong Red Sox fan, Daniel in New Hampshire with his wife and two children where he is currently at work on his next novel.
Posted by gpangel at 12:30 AM