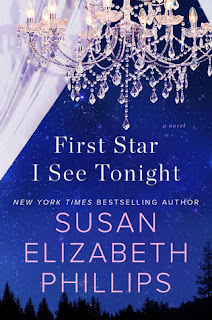 A star quarterback and a feisty detective play for keeps in this sporty, sexy, sassy novel—a long-awaited new entry in the beloved, award-winning, New York Times bestselling author’s fan-favorite Chicago Stars football series.
Piper Dove is a woman with a dream—to become the best detective in the city of Chicago. First job? Chicago Stars quarterback, Cooper Graham. Problem? Graham’s spotted her, and he’s not happy.
Which is why a good detective needs to think on her feet. “The fact isI’m your stalker. Not full-out . Justmildly unhinged.”
Piper soon finds herself working for Graham himself, although not as the bodyguard he refuses to admit he so desperately needs. Instead, he’s hired her to keep an eye on the employees at his exclusive new nightclub. But Coop’s life might be in danger, and Piper’s determined to protect him, whether he wants it or not. (Hint: Not!) If only she with a bevy of Middle Eastern princesses, a Pakistani servant girl yearning for freedom, a teenager who just wants to fit in, and an elderly neighbor demanding Piper find her very dead husband.
And then there’s himself, a legendary sports hero who always gets what he wants—even if what he wants is a feisty detective hell bent on proving she’s as tough as he is.
From the bustling streets of Chicago to a windswept lighthouse on Lake Superior to the glistening waters of Biscayne Bay, two people who can’t stand to lose will test themselves and each other to discover what matters most.


LISTEN TO A SAMPLE:

The First Star I see Tonight by Susan Elizabeth Phillips is a 2016 William Morrow publication.

This book is simply marvelous!
It has been a while since I’ve read a book by SEP, too long, in fact. This book reminds me of just how good she really is.

Piper Dove owns her own private detective agency, but it’s barely making ends meet. Currently, her assignment is to investigate former football superstar, , for a client thinking of investing in Cooper’s new . 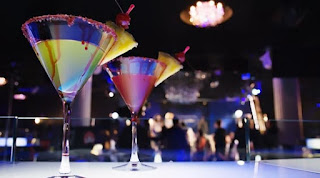 But, when her cover is blown, Cooper insists she reveal her client’s identity, which she refuses to do, but doesn’t mind telling him who on his staff is skimming off the top and various other issues inside his club. Realizing that Piper could be a valuable asset he hires her himself, but may soon regret that choice, when she proceeds to push all his buttons, buttons he didn’t even know could be pushed… by anyone!

This is one zany, highly entertaining installment in the ‘Chicago Stars’ series. Piper is my kinda gal. No frills, no lace, so fuss, no muss for Piper. She doesn’t have a fake bone in her body! She calls it like she sees it, a ‘what you see, is what you get’ person, which is a rare thing these days.

Cooper, has lived in a privileged, entitled world for so long, surrounded by beautiful Hollywood actresses and ‘yes’ men, that he doesn’t know what to think when Piper doesn’t automatically bow down and worship him at his feet. So, flabbergasted is , Piper has him eating out of her hand, much to his chagrin. I loved watching Cooper slowly fall in love with Piper, which is absolutely the best thing that ever happened to him!

There is, of course, a mystery to solve when it becomes clear that someone is out to get Cooper, which leads to one of the most screwball investigations I’ve seen in a while.

The characterizations are nearly perfect, the dialogue witty and sharp, with a stellar supporting cast.

If you are looking for a top rate romantic comedy or romantic suspense novel, look no further! 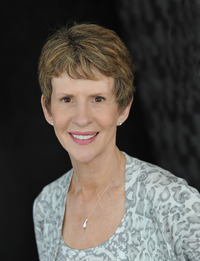 SUSAN ELIZABETH PHILLIPS
The Huffington Post says the books Susan Elizabeth Phillips provide a “gateway drug to the whole [romance] genre,” which she assumes is a good thing. magazine calls her “the crown jewel of romantic comedy writers,” which is definitely a good thing. Since she wrote her first novel on a typewriter in her kitchen, her books have been published in over 30 languages and appear on bestseller lists all over the world.
In addition to being a New York Times, Publisher’s Weekly, and USA Today bestseller, she is a hiker, lazy gardener, horrible singer, passable cook, passionate reader, wife, mother of two grown sons, and grandmother of two adorable little ones. Her newest book, HEROES ARE MY WEAKNESS, is now available in paperback. Susan is excited to announce her next book FIRST STAR I SEE TONIGHT, the next edition in the CHICAGO STARS SERIES, will be released Aug. 23, 2016. You can visit Susan on Facebook, Twitter, Instagram or on her website.
https://www.facebook.com/SusanElizabe...
https://twitter.com/sepauthor
https://www.instagram.com/SEPauthor/
http://susanelizabethphillips.com/
Posted by gpangel at 1:00 AM