As Wyatt plans a dangerous operation to catch the drug dealers,
Tal fears she could lose the man she loves. 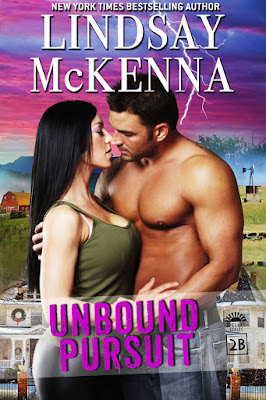 You met Tal and Wyatt's in Tangled Pursuit, book 2 in the Delos Series. Read their continued story.

Captain Talia Culver risked her heart again for Navy SEAL Wyatt Lockwood. The brave, cocky Texan was worth the risk and Talia couldn’t be happier. Still recovering from injuries she received from her last mission in Afghanistan, Wyatt whisks her away to meet his family on their sprawling Texas ranch. But things don’t go as planned when Wyatt hears the local gossip that his drug dealing ex-friend is out of prison and planning a drug run across the Lockwood ranch. Wyatt wants to enjoy some hard-earned down time with Tal, but he can’t ignore the danger at his backdoor.

As Wyatt plans a dangerous operation to catch the drug dealers, Tal fears she could lose the man she loves.
BUY NOW
Amazon | B&N | iTunes | Kobo


See how it all began in Tangled Pursuit 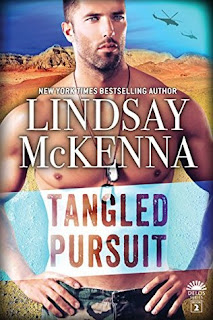 Because she went into the military, this experience became the backbone of her writing—she is credited with writing the first military romance novel (Captive of Fate, 1983, Silhouette Special Edition) and has created a thriving sub-genre within the romance field! As a New York Times Best Selling author, she has sold 23 million books and in 32 foreign languages in her career thus far. Her many experiences in the U.S. Navy are backdrop for her understanding of the military in general, and also her very successful Morgan’s Mercenaries, which is an ongoing series in Silhouette to this day! Forty-five books strong!

Lindsay has gone Indie in 2015 and has created a new family saga on par with Morgan’s Mercenaries It is known as the DELOS SERIES. There will be paperback and eBooks created under Blue Turtle Publishing, her company for her fans. Readers who love Morgan and his family are bound to fall in love with the Culver family. Delos is romantic suspense, which Lindsay is well known for. It took her five years to create and bring DELOS to her readers. It was worth the wait, but we’ll let you decide that.