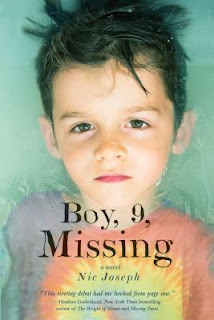 In the tradition of Defending Jacob or Drowning Ruth, this is a suspenseful debut that explores the ramifications of revenge, justice, and the aftermath of a terrible night in the lives of two families.
It should have been just a quiet evening with friends. But Francis lost his brother that night in what was ruled a tragic accident. He's tried to move on in the last twenty-three years, even though his father certainly hasn't. Indeed, his father still blames the lone witness, Sam, the nine-year-old son of friends. Perhaps if Sam would have just said something, anything, about what happened that night, but Sam still seems unable-or unwilling-to utter a word about the accident.
And now, twenty-three years later, Sam's own nine-year-old son has disappeared.

Boy, 9, Missing by Nic Joseph is a 2016 Sourcebooks Landmark publication. I was provided a copy of this book by the publisher and Netgalley in exchange for an honest review.

Reading through a few reviews of this book on Goodreads convinced me I should give it a try, and once more my GR friends steered me in the right direction.

This is a riveting psychological thriller, very atmospheric, and taut with suspense.

Twenty odd years ago, Francis’ brother died in a bizarre bathtub drowning, while his parents were hosting a dinner party.

Nine year old Sam had come to the dinner party with his parents, and was apparently the last person to see Lucas alive. Immediately, Sam is scrutinized because he was covered in water when he announced to the adults that something bad had happened.

For years, Francis witnessed his parent’s futile attempts to bring Sam to justice for the murder of their son. But, eventually the case was closed, drawing the conclusion it was a sad and tragic accident.

Now, Sam’s own nine year old son has gone missing, prompting his wife to ask Francis for help, convinced that his father, Alex, has her son. Frantic with worry for his father and for the missing child, Francis combs the city looking for clues to their whereabouts, while dealing with the arrival of his stoic teenage daughter, who has no idea what is going on.

Along the way, Francis discovers a world of dark secrets and lies that have lain dormant all these years, as he faces a truth too shocking to be believed, when his past and present suffer a head on collision. Will Francis survive? Will the truth set them free or are some things better left unsaid?


I was impressed with this debut thriller, practically reading the entire book all at once. The author did a pretty good job with the pacing, most of the time, expertly dropping clues and red herrings in just the right places at just the right time, building the suspense to a fever pitch.

However, there are a few occasions when the momentum is impeded by the secondary threads and Francis’ personal issues. The story was almost too busy sometimes, but eventually got back on point.

Other than that, this is a tense psychological thriller, I think most fans of the genre will enjoy. For a debut novel this one is pretty solid, so I’m going to keep my eye on this author. The talent is there, so hopefully, there will be more of his books coming our way.


ABOUT THE AU THOR: 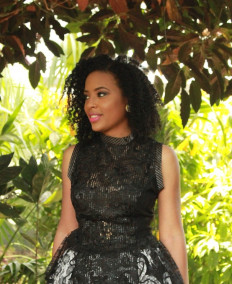 Joseph is fascinated by the very good reasons that make people do very bad things. She writes thrillers and suspense novels from her home in Chicago. As a trained journalist, Nic has written about everything from health care and business aerospace and IT – but she feels most at home when there’s a murder to be solved on the next page.
holds a bachelor’s degree in journalism and a master’s in communications, both from Northwestern University. Follow her on Twitter @nickeljoseph.