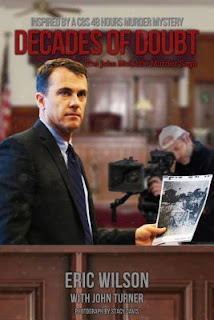 ABOUT THE BOOK:
A high-profile and tenacious defense attorney. Three elusive suspects. An investigation that stretches across four decades. And two frenetic murder trials. Decades of Doubt: the John McCabe Murder Saga is a gripping true-life mystery that follows the case of a 15-year-old boy bound and strangled in Massachusetts in 1969, the ensuing investigation that continues for over forty years, and the shocking events of the resulting trials.
WATCH A CLIP OF 48 HOURS MYSTERY: THE PACT :
MY REVIEW:

Decades of Doubt by Eric Wilson
My rating: 5 of 5 stars

Decades of Doubt by Eric Wilson- with John Turner- is a 2016 Waldorf Publishing publication. I was provided a copy of this book by the publisher in exchange for an honest review.


As often as I watch shows like 48 Hours Mystery, I could not recall this case, which made me very curious to see if the murder was ever solved, who committed the crime and if justice was finally served after nearly four decades.

This book is inspired by a ’48 Hours Mystery’, which airs on CBS. The case centers around the murder of teenager John McCabe way back in 1969. The case went cold for years, got hot a couple of times, but inevitably remained dormant. But, finally investigators and prosecutors believed they had gathered enough proof to arrest a trio of men for the crime. But, when defense attorney Eric Wilson takes one of the defendants on as a client, he discovers the evidence is not all cut and dried, and so begins a rigorous defense for his client. 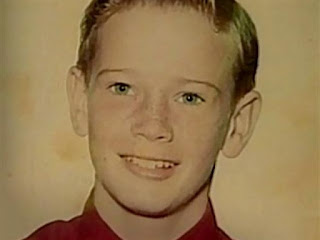 This book is the about the crime, and the trial, which provides answers to some questions but leaves many others unresolved. Did the police arrest the right people? Were all three men involved or just one?

Read about Eric’s search for the truth and learn how the cold case was finally closed after all these years. You will have to decide for yourself if the verdict was the right one and if justice was ultimately served….

This cold blooded murder of a teenager in the small town of Tewksbury, Massachusetts is grisly and so sad. My heart went out to John’s parents, who never gave up hope that their son’s killer would someday be held accountable.

The facts in the case are laid out very nicely, walking the reader through the gathering of evidence, the interviews, the strange incidences that occurred while the police searched for clues, some of which sent chills down my spine, eventually taking us through two trials which ended with surprising results. 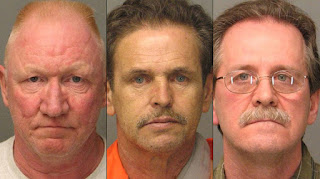 The construction of the book is unlike many other true crime books, which often read like novels. This book takes the reader down the same path as the investigators, and creates a ‘real time’ atmosphere which had me looking at the case with a critical eye, and thinking over all the odd twists and revelations that continued to come in years after the crime was committed. There is a lot to digest and the waters are pretty dark and murky, most of the way through.

Eric Wilson did a brilliant job of defending Mike Ferreira and is apparently a principled man with a stellar work ethic, and very good lawyer. The courtroom drama is thick with tension as Eric took the case apart right before our very eyes.

But, the fact remains that two other men were arrested in the connection with the murder and despite the way things turned out, the sad truth remains, ‘Who killed John McCabe?”

The case is weird, just plain weird, and very disturbing. The murder just doesn’t make a lot of sense and is so puzzling, but when those on the perimeter of the victim’s life are examined up close, it’s hard to decide how to feel about it all.


The book had me riveted, and I have to confess all the information is fascinating for a lack of a better word. The trial is gripping, enthralling, and well, I have to say, Eric Wilson is pretty impressive. But, at the end of the day, we are left with as many questions as answers, and can only hope they got it right. I have been chewing on this for a while now, and I suppose we will simply have to take it on faith that the right man is sitting in prison, because frankly, I don’t think we will ever know the whole truth.

Nevertheless, this is an intriguing case that all true crime readers should look into. Was justice served? You decide. 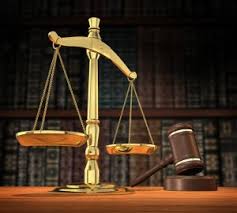 a Rafflecopter giveaway ABOUT THE AUTHORS: 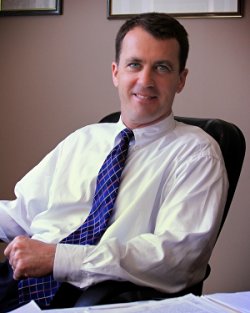 Eric Wilson is a native of Nashua, New Hampshire. After graduation from Nashua High School, he served in the United States Marine Corps. Following his enlistment, he obtained a bachelors degree from Keene State College. Thereafter, he attended and graduated from the University of New Hampshire School of Law (formerly known as Franklin Pierce Law Center).

Eric is a founding member of the law firm Wilson, Bush, Durkin & Keefe, located in Nashua, New Hampshire. Eric’s practice includes criminal defense cases in all state and federal courts of New Hampshire and Massachusetts. In addition, he represents clients in criminal appeals in the New Hampshire Supreme Court.

Eric started his legal career in 1992 as a trial associate at a local law firm. He focused and excelled in the practice of criminal defense litigation. He tried many jury trials, including murder, negligent homicide, rape and major felony cases. He continued his career in 1998 when he, John Durkin and Timothy Bush formed Wilson, Durkin and Bush, P.C. Since then Eric has represented thousands of clients and tried hundreds of trials for those charged with offenses from driving while intoxicated to homicide.

Eric’s practice is now limited to criminal offenses. He currently represents hundreds of clients annually charged with Driving While Intoxicated (DWI)/Driving Under the Influence (DUI), as well other misdemeanor and felony offenders. His clients enjoy a high success rate of acquittals. In addition, he has represented a number of police officers charged with criminal offenses. A number of local and state police unions retain Eric to represent their members in the event that they are charged with or are subject to criminal charges. 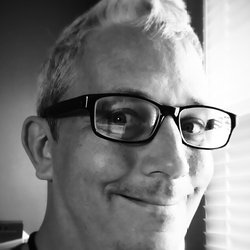 John Turner (b. April 29, 1970) is a native Mississippian currently residing in Los Angeles. A 1997 graduate of the University of Southern Mississippi (BFA, Acting/Music), John relocated to New York in 1999 to begin his acting career; in 2002, he was the victim of a brutal mugging and assault, and suffered a traumatic brain injury in the attack. After that incident, John no longer had the physical capabilities to perform, so he re-established a career as a writer. John recollects the terrible mugging (along with other life lessons) in his first novel, a collection of humorous short stories called "Confessions of a Gimp."

In 2014 John relocated to California to be with the love of his life, his wife Kari.
Posted by gpangel at 1:00 AM