A Duke To Remember by Kelly Bowen- Feature and Review 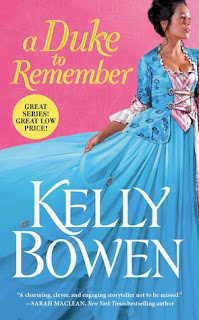 Elise deVries is not what she seems. By night, the actress captivates London theatergoers with her chameleon-like ability to slip inside her characters. By day, she uses her mastery of disguise to work undercover for Chegarre & Associates, an elite agency known for its discreet handling of indelicate scandals. But when Elise is tasked with locating the missing Duke of Ashland, she finds herself center stage in a real-life drama.

Noah Ellery left the glamour of the London aristocracy to pursue a simpler life in the country. He's managed to avoid any complications or entanglements—that is, until he lays eyes on Elise and realizes there's more to this beautiful woman than meets the eye. But when Elise reveals her real identity—and her true feelings for him—the runaway duke must confront the past he left behind . . . to keep the woman he loves forever.


“There is something that one learns when one is an actress,” Elise said.  “Every night, you go out on that stage.  Every night you pretend to be someone you’re not.  But eventually the curtain is drawn, and your audience goes home, and the costumes and the face paints get put away.”  She looked up at him. “No one can pretend forever to be someone they’re not.”
“I’m not pretending, if that is what you are implying.”  His face was set in angry lines.  “The man you came here to find no longer exists.”
Elise shook her head.  “You are not ten years old anymore, Your Grace,” she said, deliberately using his title.  “You are a duke, whether you like it or not.  You are a man with wealth and power at his fingertips should you choose to use it.  But most importantly, you are a man with a sister and a mother who need you very much.”
She saw a flash of fury in his eyes.  “Are you questioning my honor now?”
Elise took a step closer to him, refusing to be cowed by his ire.  Just as well they got this sorted out now, standing in a deserted lane between the barn and the house where there were no witnesses save for a handful of sparrows.  “I am not questioning your honor.  I am merely presenting you with the facts.”
“The facts,” he repeated, his lip curling.  “You have no idea what facts you speak of.”
“Then tell me.”
He looked away before looking back at her, an angry flush climbing into his cheeks. “Tell you?  Just like that?”
“It would be a start.  I will be of far more help if I fully understand what it is we might face when we return to London.”
“Jesus.  There is no we.  You…nerve…” He trailed off, searching for words, and judging by his expression, Elise had no doubt they weren’t going to be pleasant when he found them.
“Your sister begged me to find you,” she said, cutting off whatever he was going to say.  “And I did.  I will not apologize for doing my job.  You’re not the only one who has things in their past they’d rather forget.  You’re not the only one who has had to do whatever it takes to survive.”  There was a part of her brain that was cautioning her to stop, to simply leave well enough alone, and let Noah Ellery think of her what he would.  So long as the job got done, it didn’t matter.
Except, she realized with no little dismay, it did matter.  She cared very much about what he thought of her.  She cared about him. Dammit.
She softened her tone. “I am not your enemy, though I understand it might seem like it now.  I am with you, not against you.”
“Really?” There was an edge to his words.  “Is that what you were trying to prove last night in the rose garden?  That you are with me?”
She could feel the heat rise in her face.  “No.  That wasn’t—”
“Wasn’t what?  Something else you don’t feel the need to apologize for?”
“What happened last night between you and me was...perfect.  If only for a moment.”  She was looking up at him, standing so close that she could see the dark green flecks in his irises.  “So no, I won’t apologize for that.”
He blinked at her, and his expression shifted, as if he, too, had suddenly become aware of how close they were.
Yet neither of them moved away.
Elise could feel her pulse pounding in her veins, feel a longing ache igniting and thrumming through her body.  She tried to suppress it, but it was far too late, common sense and intelligence evaporating in the face of so much heat.  She curled her hands into the fabric of her skirts to keep from reaching out to touch him.
His hair was loose and falling over his ears and forehead and was begging to have her fingers run through it.  His strong jaw was covered with a day’s worth of stubble, entreating her to feel its texture.  There was a ragged edge along the collar of his shirt at the base of his throat, and it was imploring her to run the pad of her thumb over the tear and then along the darkened skin beneath it and across his—
“Anything else?” Noah asked hoarsely.
“I beg your pardon?”  Dear God, but it was hopeless.  She couldn’t even remember what they had been talking about.  After everything, after her lectures and rigid reminders to herself, after carefully cultivating and bolstering her resolve, a second near this man reduced reason to a smoldering pile of ash. She had never wanted a man the way she wanted this one.
“Is there anything else you’d like to not apologize for?”
Elise gazed up at him, realizing with a jolt that the anger had faded from his face altogether and been replaced with something far more dangerous.  His smoky gaze caught and held hers, and there was that intense longing she had seen in the rose garden, the want and need that had turned her knees to liquid and her insides to fire.  He was still no more immune to whatever arced between them than she was.  A reckless hunger pounded through her now with every beat of her heart.
“Yes,” she said.  “I will not apologize for this.”
And she kissed him.

A Duke to Remember by Kelly Bowen
My rating: 5 of 5 stars

A Duke to Remember by Kelly Bowen is a 2016 Forever publication.

Together Noah and Elise make a perfect team, balance each other, and they are always stealing each other’s lines, which is so cute!
If you enjoy light hearted historical romances with just a touch of suspense, lots of witty and sharp banter, and a sweet and sensual love story, featuring two very unique characters, then you can’t go wrong with this one!
Overall, this a very pleasant and captivating story! I recommend this one to all historical romance lovers!!


This review is the copyrighted property of Night Owl Reviews

To read the full review, click on this link: https://www.nightowlreviews.com/v5/Re... 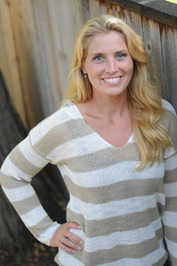 Kelly Bowen grew up in Manitoba, Canada. She worked her way through her teenage years as a back country trail guide and ranch hand. She attended the University of Manitoba and earned a Master of Science degree in veterinary physiology and endocrinology.

But it was Kelly's infatuation with history and a weakness for a good love story that led her down the path of historical romance. When she is not writing, she seizes every opportunity to explore ruins and battlefields.

Currently, Kelly lives in Winnipeg with her husband and two boys, all of whom are wonderfully patient with the writing process. Except, that is, when they need a goalie for street hockey.
Posted by gpangel at 1:30 AM