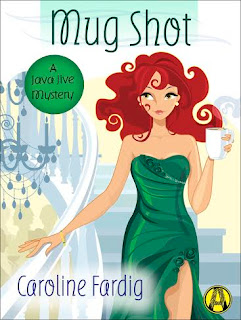 Full of humor and suspense, the bestselling Java Jive series heats up as the irrepressible heroine of Death Before Decaf faces off against Nashville’s upper crust to solve a shocking murder. Former musician Juliet Langley has barely had a day off since taking over management of the coffeehouse owned by her best friend, Pete Bennett. But there’s always more to be done—such as prepping for the annual Holiday 5K Race organized by Pete’s snobby socialite girlfriend, Cecilia Hollingsworth. This year, Java Jive has a booth right at the finish line, and since Juliet and Cecilia don’t always see eye to eye, everything has to be perfect. Nothing can go wrong. Nothing . . . like Juliet stumbling over Cecilia’s dead body on the morning of the race. When Pete is arrested for Cecilia’s murder, Juliet sets out to clear his name. She’ll do whatever it takes—even if it means standing up to the police, her ex-boyfriend, and the grande dames of Nashville. But there isn’t enough espresso in the world for the greatest challenge in her path: infiltrating Nashville’s high society to uncover the hidden hotbed of scandal without running afoul of the law herself. With her last dime staked on Pete’s bail bond and her staff growing jittery, the last thing Juliet needs is for her trademark temper to land her behind bars. As time drips away, Juliet needs to crack this case before the killer comes back for another shot.

Mug Shot by Caroline Fardig
My rating: 4 of 5 stars

In “Death by Decaf,” the first book in the Java Jive Mystery series, we met Pete, who inherited his family’s coffee bar, The Java Jive, which he promptly handed over to his best friend, Juliet. Managing the Jive is difficult, but when a murder takes place, Juliet discovers a talent for detective work, which puts her in danger, but she manages to help catch a killer. However, her heart becomes collateral damage when Ryder, the undercover cop investigating the murder, breaks her heart.
All of that is in the rearview mirror now, as Juliet has moved on. Pete has reunited with his girlfriend, Cecilia, and Juliet is dating Stan, Cecilia’s brother. But, a mind blowing murder will put Pete behind bars and have Juliet once more putting her amateur sleuthing skills to the test. However, she does get help from an unlikely source…Ryder.
Yes, the whole gang is back in this second installment of the Java Jive series. This is another solid effort by Caroline Fardig. The humorous and witty dialogue, mixed with romantic tension, and a puzzling mystery is a fresh and unique combination.
Juliet’s first person narrative is humorous at times and poignant at others, making her a loveable character, I can’t help but cheer on. I get a kick out of her running internal monologue, which is a riot.
The mystery-suspense elements are truly tense on an emotional level this time around, with numerous suspects, various motives, and some very surprising twists and turns, that kept me guessing all the way to the bitter end.
I think cozy mystery readers will enjoy getting to know Juliet—The Redheaded She-Devil—and all her friends at the Java Jive. This series is delightful, well written, and wildly entertaining.

MORE BOOKS IN THE JAVE JIVE SERIES BY CAROLINE FARDIG 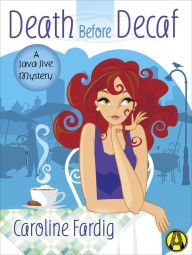 USA TODAY BESTSELLER • Caroline Fardig’s captivating mystery novel takes readers behind the counter of a seemingly run-of-the-mill coffeehouse . . . where murder is brewing.
After her music career crashes and burns spectacularly, Juliet Langley is forced to turn to the only other business she knows: food service. Unfortunately, bad luck strikes yet again when her two-timing fiancé robs her blind and runs off with her best waitress. Flushing what’s left of her beloved café down the toilet with her failed engagement, Juliet packs up and moves back to her college stomping grounds in Nashville to manage an old friend’s coffeehouse. At first glance, it seems as though nothing’s changed at Java Jive. What could possibly go wrong? Only that the place is hemorrhaging money, the staff is in open revolt, and Juliet finds one unlucky employee dead in the dumpster out back before her first day is even over.

The corpse just so happens to belong to the cook who’d locked horns with Juliet over the finer points of the health code. Unimpressed with her management style, the other disgruntled employees are only too eager to spill the beans about her fiery temper to the detective on the case. Add to the mix a hunky stranger who’s asking way too many questions, and suddenly Juliet finds herself in some very hot water. If she can’t simmer down and sleuth her way to the real killer, she’s going to get burned.
https://www.amazon.com/Death-Before-Decaf-Java-Mystery-ebook/dp/B00VOYNDKK/

AND COMING IN NOVEMBER: 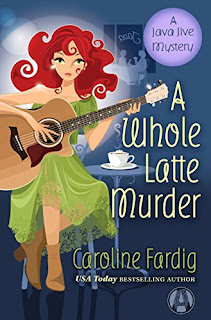 Coffeehouse manager and reluctant sleuth Juliet Langley returns in a gripping novel from the bestselling author of Death Before Decaf and Mug Shot. Just as things are perking up in Nashville, a serial killer sends tensions foaming over.
Juliet’s personal and professional lives have recently received an extra jolt of energy. Her romance with the hunky detective Ryder Hamilton continues to simmer, and business at Java Jive has never been better. But her good mood quickly turns as stale as day-old espresso when she finds out that Ryder has been promoted to his precinct’s homicide division. With him risking his life to catch the worst kind of criminals, Juliet’s growing sense of unease ignites when a local college student goes missing.

Suddenly every Nashville resident is on high alert, especially Juliet’s neighbor Chelsea. Juliet does her best to calm the girl’s nerves, but her worst fears are confirmed when she finds Chelsea dead. Even though she tries her best to stay out of it, Juliet’s involvement puts a strain on Ryder’s first homicide case.  The situation soon becomes even more personal for Juliet and her best friend Pete Bennett when one of their employees disappears during her shift. As a killer lurks in the shadows, Juliet, Pete, and Ryder seek out a double shot of justice.
PRE-ORDER YOUR COPY HERE:
https://www.amazon.com/Whole-Latte-Murder-Java-Mystery-ebook/dp/B01AQNZQFY/
http://www.barnesandnoble.com/w/a-whole-latte-murder-caroline-fardig/1123308214 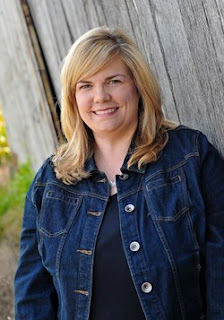 CAROLINE FARDIG is the USA TODAY BESTSELLING AUTHOR of the Java Jive Mysteries series and the Lizzie Hart Mysteries series. Fardig’s BAD MEDICINE was named one of the "Best Books of 2015" by Suspense Magazine. She worked as a schoolteacher, church organist, insurance agent, funeral parlor associate, and stay-at-home mom before she realized that she wanted to be a writer when she grew up. Born and raised in a small town in Indiana, Fardig still lives in that same town with an understanding husband, two sweet kids, two energetic dogs, and one malevolent cat.
Posted by gpangel at 2:30 AM