The Girl Who Came Back by Susan Lewis- Feature and Review 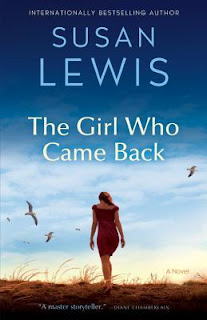 ABOUT THE BOOK:
For readers of Diane Chamberlain and Heather Gudenkauf comes a gripping novel of suspense about a mother determined to avenge her daughter’s murder—no matter the cost to her husband, to her family, and to herself.

When Jules Bright hears a knock on the door, the last person she expects to find is a detective bringing her the news she’s feared for the last three years.

Amelia Quentin is being released from prison.

Jules’s life now is very different from the one she knew before Amelia shattered it completely. Knowing the girl is coming back, Jules must decide what to do. Friends and family gather around, fearing for Jules’s safety. They know that justice was never served; each of them wants to make the Quentin girl pay.

The question is: What will Jules do?

And which of them—she or Amelia—has the most to fear?

The Girl Who Came Back by Susan Lewis
My rating: 4 of 5 stars

The Girl Who Came Back by Susan Lewis is a 2016 Ballantine publication. I was provided a copy of this book by the publisher and Netgalley in exchange for an honest review.


This remarkable story delves into the raw emotions a couple endures after their only child is murdered, but also paints a portrait of a cold, calculating sociopath in Amelia Quentin that will send chills down your spine, while examining the effects the crime has on an entire community, but also adds just a little touch of fantasy that warms the heart and provides a level of comfort in the midst of turbulent storms.

Jules and Kian were made for each other and were fortunate enough to stumble into a little good luck in the early days of their marriage, which provided them the opportunity to run a bar they always hoped to own. The only downside was the couple’s struggles with infertility. But, miracles never cease and they were finally blessed with a beautiful daughter they named Daisy.

Their marriage suffers a huge bump in the road at one time, but Daisy grew up to be a beautiful young lady who has met her soul mate in life and is about to embark on what promises to be a very bright future. But, her friendship with Amelia Quentin will put an abrupt end to all that, while effectively ruining the life of an innocent young man in the process.

Now, after only serving three years in prison, Amelia has been released and is returning to her hometown, meaning it’s only a matter of time before Jules will run into the woman who took her daughter’s life.

This is a very compelling story that raised my ire and squeezed my heart as I tried to imagine the agony of dealing with the death of your only child by the hands of a diabolical and cunning killer, who gets off with a slap on the wrist.

There are some areas in the story that I could have done without, such as Jules’ inexplicable actions that lead to the rift in her marriage. I’ve tried to imagine how the story might have progressed if this scenario never took place and have decided it was an unnecessary diversion that really didn’t have any bearing on the situation.

Other than that one complaint the story was well crafted, although some may have issues with the sudden shifts between past and present, which could be a little jarring at first. But, things eventually even out as the story begins to focus on the aftermath of Daisy’s death and the shocking developments surrounding her killer.

There are two elements of suspense at work at once with the fear Jules could be in danger or than she may snap and take justice into her own hands. I was warmed by the vast amount of support Jules received from family and friends and terrified by the possibility of a showdown between Amelia and Jules.

I suppose I can’t imagine coming face to face with my child’s killer, especially an unrepentant one who exudes shameless haughtiness, flaunting her money and freedom in my face. Who wouldn’t be tempted to wipe the smirk off her face once and for all?

But, I never could have anticipated the way things would turn out. If you believe in Karma then you will love the screwball turn of events that brings a community together and provides a golden opportunity to right wrongs and begin anew.

The slight paranormal element is a sweet addition to the story and I loved the way it was subtle, but powerful, as well, and is the one part of the story that choked me up.

Ultimately, this is an excellent psychological thriller, the mood of which is set at the very beginning, warning us of a sinister force we won’t be able to avoid, but it is also the story of a family coping with tragedy, of community, friends, and the power of love, which gives us strength to weather the most tumultuous events life throws at us. 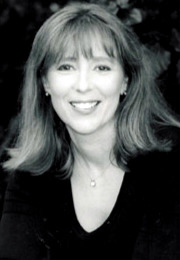 When I was 18 I got a job at HTV in Bristol, and at 22 I moved to London to work for Thames.  I began as a secretary in news and current affairs, then trained as a production assistant and moved on to light entertainment and drama.  It was a love of drama, combined with a fierce ambition, that got me knocking on the Controller’s door to ask what steps to take to become a producer.  “Oh, go away and write something,” came the reply.  So I did.
Over 30 books later, my only regret is that none of them have yet made it to the screen.  I left TV eighteen years ago to do the “novelist thing” of buying a house with a swimming pool in the South of France.  Bliss!  For the first summer!  After that came a disastrous love affair with one of the FBI’s most wanted, the plunge of the pound, and the dawning realization that life full-time in France was very, very different to a two week holiday frolicking around on millionaire’s yachts on the sunny Riviera.  Sure it was glamorous, and the yachts – along with the interesting people – all came back in the summer, but the endless months in between were not far short of hell.
So, off to sunny California and Hollywood.  After equipping myself with a Mercedes estate for my beloved dogs Casanova and Floozie, a home in the hills complete with pool and perfect sunsets every night, I set about completing the obstacle course of cowboy agents, big-talking producers and wannabe directors.  Once I realised that Hollywood was NOT waiting for me, I put the struggle behind me and from thereon life in Tinsel Town became just plain thrilling.  From star-studded screenings and glitzy parties, to moonlit dinners on the beach and edgy nightclubs, it was the perfect town to be single.  George Clooney was my neighbour, Jennifer Anniston, Charlize Theron and Julianne Moore shopped in the same places, Nick Cage was a guest at my house, and Steve Martin was a regular on our dog walks.  Romances flourished and faded, some dreams came true and others were crushed.
After seven happy years of taking the best from Hollywood and avoiding the rest, I had to face up to the fact that I was losing touch with being English.  I needed a fix of my own country, so once again my dogs and I were on the move.  We returned to Wiltshire for two years where making the adjustment from Manolo Blahniks to Wellies, cocktails at sunset to nights in by the fire, and no more glittery invites to liven up the mail proved too crushing for a still young and lively spirit.
So, we returned to the South of France, not to the same village, but to an even prettier one than before, perched high above the Riviera with glorious views of the sea.  It was wonderful to be back amongst old friends, and to make so many new ones – the stress of living in a language that wasn’t mine was still an issue, but seemed slightly easier to deal with second time around.  Alas Casanova and Floozie both died aged 13 and 15 during our first few years there, but Coco and Lulabelle are doing a valiant job of taking over their places – and my bed!
Everything changed again three months after my 50th birthday when, having given up hope of ever finding the right man, I met James my now husband, who lived and worked in Bristol.  For a couple of years we had a very romantic and enjoyable time of it flying back and forth to see one another at weekends, but at the end of 2010 I finally sold my house on the Riviera and we are now living on the edge of the Cotswolds in a delightful old barn with Coco and Lulabelle.  James’s sons Michael and Luke are regular visitors;  it’s been quite exhilarating and educational having a young musician and dedicated sportsman in my life!
Posted by gpangel at 1:00 AM