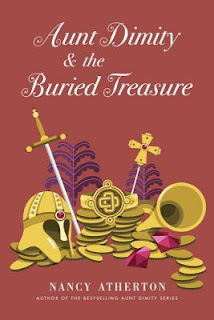 In the meantime, a new family has moved to Finch. The villagers are thrilled because their new neighbors are avid metal detectorists. Metal detectors soon become all the rage in Finch and the villagers unearth a lot of rubbish (some of it quite embarrassing) before one of them stumbles upon a real treasure—an ancient hoard of priceless gold and silver artifacts.

The artifacts look strangely familiar to Lori. She begins to suspect that the villager isn't the only person who's stumbled upon the hoard. Did Aunt Dimity's suitor get there first? If he took the garnet bracelet from the hoard, what else might he have taken? Was Aunt Dimity's long-lost love a common thief? If so, who is his rightful heir? As Lori searches for answers, she discovers an unexpected link between the buried treasure in the village and the treasure buried in Aunt Dimity's heart.

Aunt Dimity and the Buried Treasure by Nancy Atherton
My rating: 4 of 5 stars

Aunt Dimity and the Buried Treasure by Nancy Atherton is a 2016 Viking Books publication. I was provided a copy of this book in exchange for an honest review.

Lori is back with another charming Finch village mystery, but this one is just a little more sentimental for Aunt Dimity, and turns into a very interesting treasure hunt and adventure for Lori.


Lori is digging around in her attic when she makes a curious discovery of an old and very expensive bracelet, that definitely does not belong to her, which has her consulting Aunt Dimity. As it turns out, the piece of jewelry could be priceless, and was a gift to Aunt Dimity from a special friend, whose heart was broken when she did not return his romantic feelings, causing them to fall out of touch.

Although Aunt Dimity doesn’t usually make this sort of request, she asks Lori to find her long lost friend and return the bracelet to him as well as explain how sorry she is for breaking his heart all those years ago. This means Lori must travel to London, a task she is not looking forward to. However, once she begins her search, the hunt becomes exhilarating and she soon finds the history, facts, and methods surrounding archeology fascinating.

In the meantime, Finch has some new neighbors who happen to be detectorist, and has the whole village taking up the hobby, which happens to unearth a few very interesting items, one of which could taint Aunt Dimity’s memories of her long lost friend. Can Lori find her Aunt’s friend and find out the truth about how he came to own such an interesting piece of jewelry? 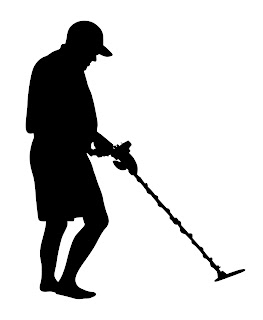 This series was my first introduction into the ‘cozy’ genre as we think of it today. I was gifted an ‘Aunt Dimity’ book for Christmas one year by a relative who meant well, but obviously didn’t know what direction my taste ran, which is more on the dark side. However, I felt obligated to read the book and discovered how delightful these characters are and was surprised by how much I enjoyed it. Thus began a new respect for this genre, which has become a favorite over the years. So, ‘Aunt Dimity’ holds a special place in my heart.

Having said that, I was thrilled to receive an ARC copy of this novel and eagerly lost myself in Lori’s adventure and enjoyed getting reacquainted with Finch village. This novel has all the hilarious screwball antics of the villagers, which had me laughing out loud once or twice, but I also found this story to be a little more on the poignant side this time around.

The mystery is also a little different, but was interesting. Any buried treasure found, by rights, belongs to the crown, so harboring such artifacts would be considered illegal, something that could complicate matters for Lori.

In the end, this story turned out to be a bittersweet tale, and a treasured installment in this series. I loved touching base with Lori and her busy family and, of course, learning more about Aunt Dimity’s past.

This is a solid addition to this long running series, but one new fans can enjoy as well as loyal ones. 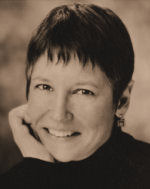 Nancy Atherton is not a white-haired Englishwoman with a softly wrinkled face, a wry smile, and wise gray eyes, nor does she live in a thatched cottage behind a babbling brook in a tranquil, rural corner of the Cotswolds.

She has never taken tea with a vicar (although she drank an Orange Squash with one once) and she doesn't plan to continue writing after her allotted time on earth (though such plans are, as well all know, subject to change without notice).

If you prefer to envision her as an Englishwoman, she urges you to cling to your illusions at all costs -- she treasures carefully nurtured illusions. She also urges you to read no further.

Because the truth is that Nancy Atherton is a dark-haired American with a generally unwrinkled face, a beaming smile, and hazel eyes, who lives in a plain house in Colorado Springs. She comes from a large, gregarious family (five brothers and two sisters!) and enjoys socializing as much as she enjoys solitude.

So if you are looking for her at a convention, don't look for a stately grande dame in a flowery dress. Look for a woman in jeans and sneakers who's bounding around like a hyperactive gerbil.

That'll be her. And she'd love to meet you.