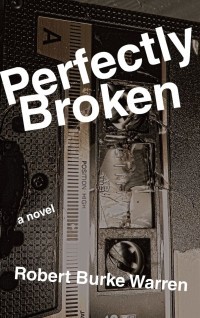 ABOUT THE BOOK:
His rock star days may be behind him, but stay-at-home dad Grant Kelly's life is getting more interesting by the day. It's the beginning of the post 9/11 era, and he and his wife and four-year-old son have traded a New York City apartment for a Catskills farmhouse, where ghosts from the past, worries for the future, and temptations in the present converge to bring about drastic changes in their marriage, their friendships, and their family. A gorgeously nuanced novel with unforgettable characters, PERFECTLY BROKEN is a story of human frailty, the endurance of the heart, and the power and possibility of forgiveness.

Perfectly Broken by Robert Burke Warren
My rating: 4 of 5 stars

Perfectly Broken by Robert Burke Warren is a 2016 Storyplant publication. I was provided a copy of this book by the publisher and Netgalley in exchange for an honest review.

First of all, I must confess, the nineties decade is not my favorite and I don’t look back on it with a bittersweet fondness, like I do with other decades in my rearview mirror. However, this author will have many of you waxing nostalgic, as the characters here emerged from the nineties, and are now coping with the post 9/11 period, and aren’t exactly acing it. The attitudes, music, melancholy, the kind of directionless limbo people wandered around in, while trying to figure out this whole adulting thing was captured perfectly.

This story centers around Grant, our first person narrator, who was once a successful musician, is married, the father of a young son, and coping with a huge downward slide in his career, his financial situation, and with his mental health.

Grant and Beth are nearly broke, when old friends offer to let them live in an old farmhouse in the Catskills. Their marriage is rocky due to financial pressure, Beth is the sole breadwinner, and Grant chooses to be a stay at home dad, each immaturely resentful of the other. Evan, their son, is older and wiser than either parent, sadly enough, and absorbs much more than they realize.

Once they’ve made the move out of the city, the peace they were hoping for never materializes, and life throws some major curveballs at them. It is how they responded to these events that speaks volumes about them as individuals, as parents, friends, and most of all as adults.

It doesn’t take a rocket scientist to figure out where some things are heading, but I still felt the urge to scream at the characters, in order to convince them not to take that road. But, of course, I had to sit by, biting my nails, watching helplessly as they all made a complete muck of things, all while depending upon pharmaceuticals to help them cope. 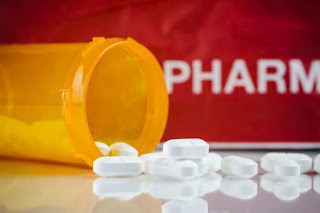 Grant is very self-absorbed, as are the other characters in the book, but at the same time, he fights a huge feeling of doubt about his parenting skills, is too attached to Evan, for his own needs, not Evan’s, and is super sensitive. I didn’t want to like or care for him, instead feeling like maybe Beth was the rock in that family. Well, of course, she’s not all that stable either, and makes a few colossal mistakes of her own.

The people, or friends, the couple surrounds themselves with are not much help, all of whom seem to have their own agenda or are just morally skewed, or equally broken. Once again, I was never sure who to like, if I should care about any of them, and struggled to figure out what made them tick.

There is an emotional wallop or two along the way, but it works as a catalyst to wake this crew of people up and shake the ground beneath them, prompting them to stop wallowing around in their self-pity, and fear, to stop running in place, to make changes, prioritize, take stock, and to step back into life and back into the sun, a little older, a little wiser, and maybe a little stronger, too.

This book could be a little bit depressing, in my opinion, but, the soundtrack might bring on a smile or two, if you were into that kind of music back then, and while the book doesn’t end with that overly mushy, cheerio manner in which some people believe all books should, it does show progress and long overdue maturity, with Evan, my favorite character in the book, get the last word, which is as it should be.


Perfectly Broken is an apt title for this book, and fits Grant, well, perfectly. The story is well written, strangely intoxicating, and absorbing, and despite my initial misgivings about most of these characters, I did find myself invested in them, which means the author did his job, and did it well.

I will say, on a personal note, that this book might appeal to an audience younger than myself, who may understand the complexities of these characters more clearly than I could. I will admit to having a hard time relating to these people, since my own children were in high school in the early 2000’s, making this young adult generation, seem like a black hole for me, so I’m thinking I am probably a little less sympathetic, although I did grasp the atmosphere the author was trying to create, or I think I did, anyway.

This book is a little off the beaten path for me, since it doesn’t fall into the usual categories I read, but I am glad I found it and this author, who is certainly talented, and one to look out for.


GET YOUR COPY NOW: 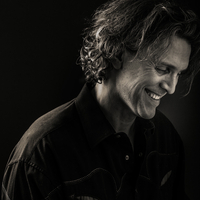 Robert Burke Warren is a writer, performer, and musician. His work has appeared in Salon, The Weeklings, Akashic Books, Texas Music, Brooklyn Parent, The Woodstock Times, longform, Vulture, Paste, The Rumpus, The Good Men Project, The Bitter Southerner, Chronogram, and the Da Capo anthology The Show I ‘ll Never Forget. He's ghost written for Gregg Allman and his liner notes appear on the award-winning CD Live at Caffe Lena. His debut novel, Perfectly Broken, was published by the Story Plant in March, 2016.

As a songwriter, he has released seven CDs – two as Robert Burke Warren and five as Uncle Rock. His work also appears on albums by Rosanne Cash and rockabilly queen Wanda Jackson, and the Roots used his tune "The Elephant In the Room" as John McCain's entrance theme on Late Night with Jimmy Fallon. His songs have also appeared on Felicity and the 2015 rom com People Places Things. In the mid 90s, he performed as Buddy Holly in the West End musical Buddy: the Buddy Holly Story. Prior to that he traveled the world as a bass player.

He lives in the Catskills with his family.
Posted by gpangel at 1:00 AM