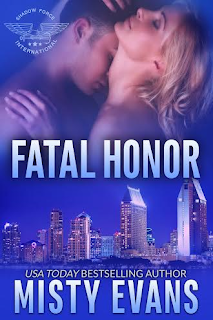 
Miles is Charlotte’s one and only weakness. He’s also her only hope…


To stop a Romanian crime lord and clear her name, British Intelligence officer Charlotte Carstons has no choice. She must track down former Navy SEAL Miles Duncan and ask for his help. Miles holds the key to completing her undercover assignment and proving she’s no traitor…but he also holds a grudge. Getting him to forgive her may be the most challenging mission of her life.


Charlotte is his fantasy woman. She’s also the biggest mistake of his career…


He was supposed to hunt her down. Instead Miles ended up at the mercy of the sexy, mysterious MI6 agent who left him without so much as a goodbye after their six-week love affair in the Carpathian Mountains. Back in the States and working as an operative for Shadow Force International, Miles has been searching for Charlotte ever since—and so has everyone else. She’s a traitor to her country and she may be responsible for the deaths of his SEAL teammates a year ago.

Together, they can save the world. Or destroy each other…


When Charlotte shows up on his doorstep asking for help, Miles knows better than to get involved. She's determined to go back to Romania with or without him, however, and he knows she’s walking into a deadly trap. Can he keep her safe as they travel across continents and explore the depth of their feelings for each other? Or will misplaced honor and treasonous loyalties prove fatal for them both?


“You going to come out of the bathroom on your own, darlin’,” a lightly accented Southern voice said from the doorway, “or am I going to have to come in there and carry y’all out?”


That voice. A tiny thrill went through her, every cell in her body rejoicing at the sound of that deep, husky voice.


Charlotte remembered the first time she’d heard him speak. He’d been unconscious for days, barely clinging to life, in and out of consciousness. Exhausted from caring for him and keeping her location a secret, she’d fallen asleep next to him in bed, her head lying near his. He’d touched her face with the tips of his fingers, waking her, and said, “You must be my guardian angel.”


He’d fallen right back to sleep, but it had made her giddy that he’d woken up and spoken to her. Twenty-four hours later, he was fully awake and wanting to know what had happened.


She was no guardian angel. Angel of death was more like it. It was her fault the scientist’s plane had been shot down in those mountains. Her fault he’d needed rescuing by Miles and his Navy SEAL team.


If Miles had found out she was the cause of all of that—the trouble that killed his teammates—no wonder he hadn’t knocked on her motel room door and kissed her silly when she opened it.


Tucking herself closer to the wall, she tried to see through the slit in the doorframe. Her eyes had adjusted to the darkness but she couldn’t make out his whereabouts.


She could feel him, though. Every place that he had touched, every spot he had kissed in her cabin in the mountains, was suddenly alive again. Not scarred and bruised and broken, but tingling with anticipation.


Laying her brow against the cold metal of the gun barrel, she closed her eyes for a second. She’d been waiting for this moment, looking forward to a reunion with him. Never in all those fantasies had she envisioned herself sitting on a dirty bathroom floor, wrapped in nothing but a towel with no way out.


In her version of the reunion, she’d planned on retrieving the video from her hidden safe first, putting Nicolae behind bars where he could never hurt anyone again, and then showing up on Miles’ door with a clean slate and the tiniest hope for the future.


Without warning, the door banged fully open, smacking her body and nearly knocking the gun from her hands. A shadow moved, hands grabbing her and slamming the wrist of her gun hand into the edge of the sink. She grunted, trying to hold onto the Beretta as she kicked out at the same time with her right foot.


She landed a solid hit to her attacker’s shin. He grunted and knocked her wrist against the sink once more, the impact sending a shockwave up her arm and forcing her to let go.


No stranger to pain, she suppressed the cry that exploded in her throat, kicking out again with both legs and nailing him in the knees this round. The towel covering her backside slid on the tile floor from the effort, causing her to go down on her back as he released his grip on her wrist.


A large hand wrapped around her ankle. One jerk and she was flipped over onto her belly, the towel coming completely undone, her chin bouncing on the floor.


The tiles chafed against her naked skin. She fought, reaching for anything that would give her purchase, anything that could be used as a weapon.


Her fingernails scratched against something hard. The tiny garbage can under the sink. It was only plastic, but it would work if…she could…reach…it…


Miles plopped down on her butt, his heavy weight pining her to the floor. She heard him eject the Beretta’s magazine, clear the chamber of the round. He reached down and knocked her outstretched hand away from the direction of the garbage can; one of his did the job of restraining both of hers above her head.


“Don’t fight me, Veronica,” he said, his lips close to her ear as he held her immobile. His breath was warm, sending a fresh wave of goose bumps over her skin. “Or should I call you Charlotte? Or my favorite, Sarah?”


Grinding her teeth, she ignored the pain in her wrist, the chafing of the tile against her breasts and hips bones, the weight of him. “Get off of me, you lughead.”


He chuckled. “That’s not what you said the last time I was on top of you.”


Even with the cold tiles under her, a hot flush wormed its way under her skin. The memory of him on top of her, of his body working its magic on her, was enough to make her stop fighting.


He’s not the enemy, she reminded herself.


If only she could breathe. “My first name is Charlotte. My friends call me Charlie.”


“Ah, but we’re not friends, are we? Fuck buddies, lovers maybe. Not friends. Friends call one another, they don’t leave in the middle of the night with no goodbye and disappear for nine months.” He still pinned her down, his nose brushing against her head as he spoke in her hear. “What are you doing here?”


He’d kept track of their time apart. Charlotte took hope in that. “Let me up and I’ll explain.”


The light drawl evaporated. “You must think I’m naive or incredibly stupid.”


“You slipped away me from once before, Agent Charlotte Carstons. I’m not turning you loose so easily again. Start talking.”


So he did know her true identity. She closed her eyes for a moment, breathing in his familiar Miles scent of citrus and warm male skin, wishing she could tell him the one simple truth burning in her throat. I love you.


He wouldn’t believe her after all the lies she’d told, and saying the words out loud wouldn’t change the fact she would have to lie to him again. Leave him again. For his safety and for hers.


Struggling to breathe under his weight, she shoved thoughts of confessing her love aside and opened her eyes. “Nicolae Bourean, head of the Corsicani clan in Romania. I’m on the run from him. The reason I left you was to save your life. You and I survived that brutal winter in the mountains, and it’s one of my fondest memories, but when spring came, I had to ensure no one knew you and I had been together. It was too dangerous for you. I made contact with Emit Petit, told him where to find you and I left. I had work to do on my case, information I still needed before I could close it out, and I had to go to Nico to get it. Unbeknownst to me, he’d figured out I was MI6. He took me prisoner. I escaped a few weeks ago, but he’s after me. He wants me back. Badly.”


She forced herself not to shiver at the thought of what Nico would do to her if he ever did get hold of her again. Death would be a blessing. “You, Miles Duncan, literally hold the key to my survival.” 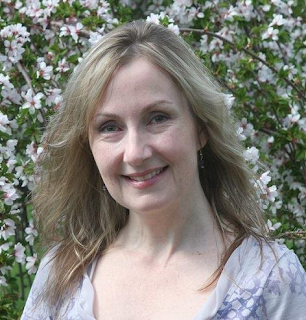