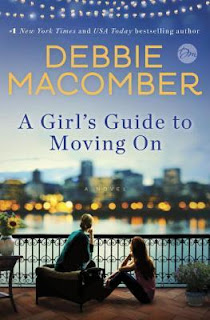 ABOUT THE BOOK:
NEW YORK TIMES BESTSELLER • In this powerful and uplifting novel, a mother and her daughter-in-law bravely leave their troubled marriages and face the challenge of starting over. Leaning on each other, Nichole and Leanne discover that their inner strength and capacity for love are greater than they ever imagined.

When Nichole discovers that her husband, Jake, has been unfaithful, the illusion of her perfect life is indelibly shattered. While juggling her young son, a new job, and volunteer work, Nichole meets Rocco, who is the opposite of Jake in nearly every way. Though blunt-spoken and rough around the edges, Rocco proves to be a dedicated father and thoughtful friend. But just as their relationship begins to blossom, Jake wagers everything on winning Nichole back—including their son Owen’s happiness. Somehow, Nichole must find the courage to defy her fears and follow her heart, with far-reaching consequences for them all.

Leanne has quietly ignored her husband’s cheating for decades, but is jolted into action by the echo of Nichole’s all-too-familiar crisis. While volunteering as a teacher of English as a second language, Leanne meets Nikolai, a charming, talented baker from Ukraine. Resolved to avoid the heartache and complications of romantic entanglements, Leanne nonetheless finds it difficult to resist Nikolai’s effusive overtures—until an unexpected tragedy tests the very fabric of her commitments.

An inspiring novel of friendship, reinvention, and hope, A Girl’s Guide to Moving On affirms the ability of every woman to forge a new path, believe in love, and fearlessly find happiness.

A Girl's Guide to Moving On by Debbie Macomber
My rating: 4 of 5 stars

A Girl’s Guide to Moving On by Debbie Macomber is a 2016 Ballantine Books publication. I was provided a copy of this book by the publisher and Netgalley in exchange for an honest review.


It’s only been over the last couple of years that I have begun to appreciate the work of this acclaimed author. For a long while, I was mistakenly under the impression her books were more my mother’s speed and not something I could relate to.

However, I have taste tested a few of her books here and there and found they are very well written, with characters that have depth and are given real and meaty issues to combat which is something I find lacking in many contemporary novels. I thought I had a pretty good idea of what to expect from a novel written by this author and so when I saw this one up on Netgalley I didn’t hesitate to request it.


Almost immediately I was struck by the impression this book did not have the same tone as other books I had read by this author.

The story focuses on the lives of two women who have walked away from bad marriages. What makes the situation so unique is that Leanne is Nichole’s mother-in-law and through Nichole’s courage to leave Jake after discovering his infidelity, two women set out on their own, rebuilding their lives one day at a time.

Moving on proves to be a big challenge for these ladies, but life has a way of balancing things and before too long both Nichole and Leanne meet other men, and begin new chapters in their lives. Naturally, things are complicated as both ex-husbands wake up and smell the coffee, realizing too late the good thing they had thrown away.

Although, this book is just a little different from what I expected it to be, it was still in many ways, trademark Debbie Macomber. Funny at times, heartbreaking at others, uplifting and inspirational as always. Shake things up, don’t let men get away with mistreating you, rely on friends, make new ones, try something new, and most of all be true to yourself. There are toxic men out there of course, but there are lots of good ones too. So don’t stop believing in love, because it will always find you, often times in ways you would never have guessed.

Overall, this is a solid contemporary novel with romantic elements that everyone can enjoy. 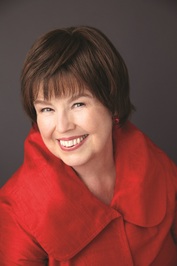 Debbie Macomber is a #1 New York Times bestselling author and one of today’s most popular writers with more than 200 million copies of her books in print worldwide. In her novels, Macomber brings to life compelling relationships that embrace family and enduring friendships, uplifting her readers with stories of connection and hope. Macomber’s novels have spent over 770 weeks on the New York Times bestseller list. Ten of these novels hit the number one spot.

Macomber owns two businesses in Port Orchard, WA, the town which inspired the Cedar Cove series. These include the Victorian Rose Tea Room, featured in the Cedar Cove series, and A Good Yarn Shop, introduced in her popular Blossom Street novels. They are located on the Village Square campus, which also serves as Debbie’s corporate headquarters.

She and her husband, Wayne, serve on the Guideposts National Advisory Cabinet and she is World Vision’s international spokesperson for their Knit for Kids charity initiative. A devoted grandmother, Debbie and her husband Wayne live in Port Orchard, Washington and winter in Florida.
Posted by gpangel at 1:00 AM