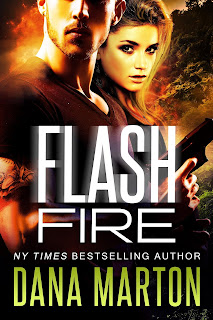 When an American teenager disappears abroad, Clara Roberts, a by-the-book investigator on a secret mission, joins forces with Light Walker, an ex-SEAL turned lawless mercenary, to save her. The sparks they generate--and the trouble they stir up--threaten to set the jungle ablaze.

Nothing is what it seems in this fast-paced romantic thriller. As attraction grows into love, looming danger turns into all-out war, and the whole region explodes around them. Clara and Walker must hold on to each other and race against time to survive.


--Can be read as a standalone title. The Civilian Recovery series books are only connected by the fact that either the hero or the heroine of the book works for CR. You don't need to read one book to understand the other--each is a complete and separate adventure.

Flash Fire by Dana Marton
My rating: 4 of 5 stars

Flash Fire by Dana Marton is a 2015 publication. I received a copy of this book in exchange for an honest review.

“What anger wants, it buys at the price of soul” - Heraclitus


DOD agent Clara Roberts is in Mexico working on an ‘off the books’ missing persons case and has been told to expect help from Light Walker, only to find the man is a mercenary with no loyalties to any one side, and that their agendas are in direct opposition. Light will do whatever it takes to scare Clara off so he can complete his personal mission. But, Clara doesn’t scare easy and the two end up in a hopeless standoff. Who will win the battle of wills? Will Clara find the missing teen, she is searching for? Will Light finally have his revenge against the drug cartels? Can they get out of the jungle with their lives and hearts in tact?

This story is one of the edgiest novels by Dana Marton I’ve read. It has all the elements that romantic suspense enthusiast, love- such as a hot ex-SEAL hero, a kick – butt heroine, a dangerous location, two emotional backstories, and plenty of sexual chemistry. But, this one is especially gritty, with some graphic depictions of drug lords, human trafficking, and the utter disrespect for human life.

While it’s obvious Light is carrying around a lot anger, that it controls him and has turned him into a hardened vigilante, running hard and fast and as far away as possible from his grief and pain, I had a feeling I would eventually come to like him, plus he had redemption written all over him.

Clara has my sympathy right away due to her fragile family life, and the very awkward position she finds herself in. I admired her tenacity and how her loyalty to family spurs her forward and in the process, she softens and captures Light’s heart.

Being a person that likes a little realism in my stories, even if the imagery or subject matter is a little uncomfortable, I was impressed by the risk the author took in writing such a dark hero, with a no holds barred picture of the conditions in Mexico, the jungle, the cold blooded criminals and their own brand of politics and backstabbing and double crosses.

For me the romance was pretty low key, although there is an underlying attraction between the characters from the start It’s a pretty slow burn, but eventually it catches fire, and becomes more emotional after the two come through a tense and bloody battle together and live to tell the tale.
Sometimes, the romance has to take a backseat in a book that is as explosive and action packed as thin one, but the couple definitely has their moments.

Overall, I enjoyed this fast-paced story, filled with explosions, a little comic relief here and there, sharp dialogue, twist and turns, and an emotional, but a special love story to top it off. 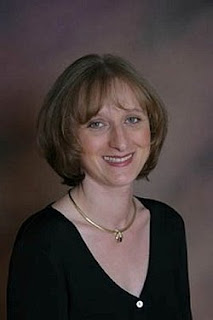 Dana Marton writes fast-paced action-adventure romances that take her readers all over the globe. She is a Rita Award finalist and the winner of the Daphne du Maurier Award of Excellence. She loves writing stories of intrigue, filled with dangerous plots that try her tough-as-nails heroes and the special women they fall in love with. Her books have been published in seven languages in eleven countries around the world.