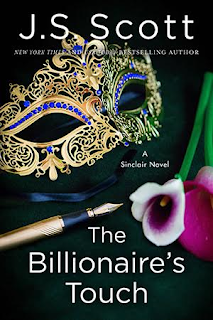 After a troubling childhood, wealthy Evan Sinclair likes his life orderly and controlled. He rarely gives in to spontaneous urges—until he begins a chance correspondence with a mystery woman who sounds like his complete opposite. She intrigues and amuses him, and the interest seems mutual…which is more than he can say for his current obsession, Miranda Tyler, the tough-as-nails, sexy schoolteacher who’s made it clear she’s not impressed—or interested.

Miranda finally has it all: a good job, friends, and the security of living in the quaint coastal town of Amesport, Maine. She even has an anonymous pen pal—a man she’s never met yet has bonded with almost effortlessly. The only thing unsettling her life is Evan Sinclair. The handsome billionaire is arrogant, pompous, and far too used to getting his way. Miranda tries her best to avoid him, until Evan’s steamy kiss turns her world upside down.

Soon their red-hot desire is scorching the sheets and has them both spinning out of control. But when secrets are revealed, will their insatiable attraction keep them together or force them apart? In J.S. Scott’s The Billionaire’s Touch, the eldest Sinclair just might have met his match.

And now get to know the Evan, the newest Sinclair hero, better with an excerpt from The Billionaire's Touch:
“Can I ask you a question?”

She lifted a brow before asking, “What?”

“Does Beatrice give out these stones to everyone?” Evan pulled the crystal from his pocket and held it out to her.

Hesitantly, Randi reached out and took the rock into her own hand. She turned it over and over a few times before handing it back with a perplexed look on her face.

“She mailed it to me with a letter a few months ago, telling me I was going to be married within six months,” he answered reluctantly, slipping the Apache tear back into his coat pocket. “I think she might be demented.”

Randi laughed, and a bolt of pleasure raced through Evan’s body at the husky, sultry sound.

Evan shook his head. “She’s destined for disappointment with me.”

“I was thinking the same thing,” Randi admitted, reaching for the door of her rapidly defrosting vehicle. It was a deep-purple SUV that somehow suited her bold personality. Evan could finally see the make and model clearly.

“Yes?” She turned and looked at him, her expression no longer hostile.

“Don’t worry about my coat. I have another one.”

It wasn’t what he really wanted to say, but he couldn’t exactly tell her what he was thinking. She was likely to apply a knee to his balls, and he rather liked them intact.

“I told you to send me a bill if the stain doesn’t come out. You might try the dry cleaners here. They’ve done miracles with some of my clothes. Stains are a job hazard for teachers,” she told him amiably.

It was her smile that made Evan snap. Her eyes were warm and happy, her lips curving into a beautiful expression of joy when she talked about her profession. But the grin was aimed at him, and Evan couldn’t possibly resist seizing the moment. He’d never made an impulsive move in his entire life, but he couldn’t seem to control his mind or body when she smiled at him this way.

He stepped forward without debating his options first, pinned her body against her vehicle, and without a cautionary thought in his head, he kissed her.

Evan groaned as his lips crashed down on hers, knowing that he’d just made a mistake that would probably cost him his sanity. Her body stiffened as he wrapped his arms around her, one hand threading through her hair to protect her head and keep it exactly in a position that allowed him complete access to her mouth. An unfamiliar sense of male satisfaction moved deep in his gut as the clip holding her hair fell to the ground and the dark strands tumbled around her shoulders.
Get to know each of the Sinclairs as J.S. gives readers a glimpse into each hero...

Which Sinclair is most likely to…

1)  … spontaneously fly a date to Italy to show her his favorite restaurant?

Dante, from No Ordinary Billionaire, will go far and beyond to show the woman he loves how much he adores her and a spontaneous dinner in another country might do just that.

2) … go on an extreme sports vacation?

Jared, from The Forbidden Billionaire, as we all know is the daredevil of the Sinclair brothers so it is natural to think he would think of an extreme sport vacation as a type of holiday!

3) … forget an important birthday because they were working on a million dollar merger?

Evan, from The Billionaire's Touch, has always been focused in his work. Being the eldest and the one responsible to take the role of the head of the family, makes it hard for him to let the business responsibilities to fall on someone else.

4) … write a romantic poem to their significant other?

Evan. However regardless of being 99.9% business focused he will still indulge in something as romantic as writing a poem for his significant other.

Aww Grady, from The Billionaire's Christmas, known to the residents of Amesport as “the eccentric beast” he still has a soft side and will take pleasure in learning to ballroom in order to see Emily happy and have an excuse to be close to her.

Grady (but they all have a bet running on who will succeed).

This one was a tough one as all the Sinclair men love nothing but to show their women their Alpha and possessive side, however we thought Grady after discovering the miracle of Christmas and being surrounded by children in the youth center would love to see Emily carrying his babies.
Buy Link 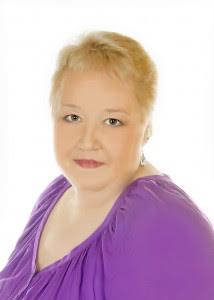 New York Times and USA Today bestselling romance author J.S. Scott is an avid reader. While she loves all types of books and literature, romance has always been her genre of choice. Because she writes what she loves to read, she excels at both contemporary and paranormal romances. Most of her books are steamy and generally feature a to-die-for alpha male, and all have a satisfying happily-ever-after ending. She just can’t seem to write them any other way!