Three Nights Before Christmas by Kat Latham- A Book Review 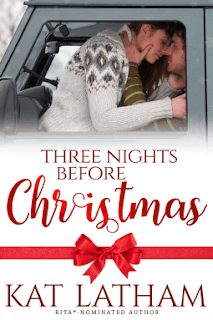 Have yourself a steamy little Christmas…

After three years in prison, freight train engineer Lacey Gallagher doesn’t expect this Christmas to be very merry and bright. At least chopping down trees for her brother’s Christmas tree farm will help her save money to get her life back on track. All her plans derail, though, when her new job puts her in territory patrolled by the man who haunts her dreams—the forest ranger who sent her to prison.

Austin Wilder isn’t thrilled about Lacey working in his forest—but he soon realizes he needs her help. His family is depending on him to restore an old steam train for a spectacular Christmas event, and train expert Lacey is his only hope of finishing in time.

Working together challenges every assumption Lacey and Austin have about each other, and they discover a desire hot enough to melt even the deepest Montana snow. But will the season of second chances be enough to mend the most hardened broken heart?

Three Nights before Christmas by Kat Latham
My rating: 5 of 5 stars


Three Nights Before Christmas by Kat Latham is a 2015 Tule publication. I was provided a copy of this book in exchange for an honest review.

Don't let the holiday season pass by without reading this book!

Lacey has just been released from prison for a crime she committed unwittingly. But, the evidence was compelling, and her own boyfriend testified against her.

Now three years later, Lacey is home, helping her brother with his Christmas tree business, when she comes face to face with Austin, the man who helped send her way. If that weren't bad enough, Austin has decided that, although Lacey has served her time, she is still not trustworthy. So, he makes a point of checking up on her frequently.


When a situation arises that calls for Lacey's expertise with steam engine trains, Austin has to swallow his pride and ask for her help in order to make a Christmas wish come true. In the process, Austin gets to know Lacey a lot better and is stunned to discover she is not at all like his preconceived notions of her.

I read A LOT of romance novels, and one thing I'm always sure to point out in my reviews is how love can change a person's life, heal all wounds, forge hope, forgiveness, and inspire us to do things we never thought possible.

But, in this case, I found that belief challenged just a little bit. Austin is not a guy I liked at first. He's in law enforcement, but takes that power a little too far by harassing Lacey. His motto is 'once a criminal, always a criminal'. It felt like he just could not wait for Lacey to make a misstep so he could send her back to the pen. He also seemed to bask in his alleged 'all knowing' authority, arrogantly believing he knows the way of things and practically beats his chest with pride that he sent Lacey to prison, his only regret being that she didn't have to serve her full term due to good behavior.

But, as you have guessed by now, Lacey's only real crime was in trusting the wrong people and never questioning anything. She obviously paid a high price for her mistake.
Still, it seems important to her to show Austin she is not the scum he thinks she is, and she agrees to help with the train, in part, in order to impress him. I wondered a little if Lacey had learned her lesson about trusting men, since Austin seems bent on thinking the worst of her…

Austin has some real eye opening experiences with Lacey, he learns that he is not as smart as he thinks he is, that there are often gray areas in life, and that he has a lot to atone for. Will Austin step up and do the right thing?


The set up for this story had me on edge a little, right from the start. A man sends a woman to prison and she falls in love with him? Seriously? I was not sure how to feel about that and I admit to feeling a little skeptical. I mean, how do you forgive someone for robbing you of three years of your life and for continuing to look for the bad in you, instead of the good?

Well, that's where we go back to the whole power of love thing. Only real love could open a heart up wide enough to close the gap between these two. Lacey will have to dig deep into her battered soul to forgive something that big, and Austin will have to humble himself and do one of the hardest things in the world… admit he was wrong. It's against all odds this pair will make it, and it's not a bowl of cherries. It's a hard fought battle with many obstacles in the way. Lacey doesn't just pop back into society and make an overnight adjustment. Lacey's body and spirit bear the scars of prison life, which was very realistically addressed, and she struggles with all that Austin represents, as well as trying to reconnect to her brother.

But, this story is not just about heavy drama, it's also about falling in love, however, the pacing had to be timed delicately, but , Lacey and Austin do have a lot of sizzle going on  between the sheets. The author did a great job of balancing these elements, giving us a steamy holiday story with a lot heart.

1: Keep the tissues handy! This story pulls on the heartstrings and is very emotional.

2: The steamy level is Spicy 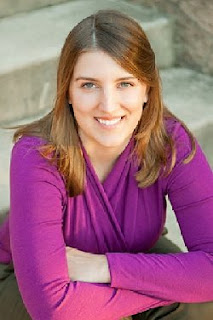 Kat Latham writes sexy contemporary romance, including the London Legends rugby series. She’s a California girl who moved to Europe the day after graduating from UCLA, ditching her tank tops for raincoats. She spent several years teaching English in Prague followed by several more working for a humanitarian organization in London. She and her British husband now live in a small town in the rural Netherlands surrounded by miles and miles of green pasture, canals and Shetland ponies. Kat’s slowly adjusting to life in a place where bicycles and cows seem to outnumber people.

With degrees in English lit and human rights, she loves stories that reflect the humor and emotion of real life. Kat’s other career involves writing and editing for charities, and she’s had the privilege of traveling to Kenya, Ethiopia and India to write about the heroic people helping their communities survive disasters.

She hopes you’ll hang out with her there!
Posted by gpangel at 1:30 AM