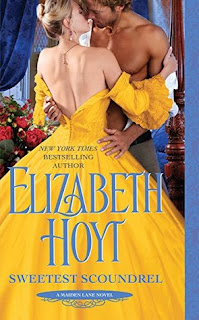 Prim, proper, and thrifty, Eve Dinwoody is all business when it comes to protecting her brother's investment. But when she agrees to control the purse strings of London's premier pleasure garden, Harte's Folly, she finds herself butting heads with an infuriating scoundrel who can't be controlled.

Bawdy and bold, Asa Makepeace doesn't have time for a penny-pinching prude like Eve. As the garden's larger-than-life owner, he's already dealing with self-centered sopranos and temperamental tenors. He's not about to let an aristocratic woman boss him around . . . no matter how enticing she is.

BUT LOVE CONQUERS ALL

In spite of her lack of theatrical experience—and her fiery clashes with Asa—Eve is determined to turn Harte's Folly into a smashing success. But the harder she tries to manage the stubborn rake, the harder it is to ignore his seductive charm and raw magnetism. There's no denying the smoldering fire between them—and trying to put it out would be the greatest folly of all

Sweetest Scoundrel by Elizabeth Hoyt
My rating: 4 of 5 stars

Here is a portion of my review for Sweetest Scoundrel by Elizabeth Hoyt- a 2015 Grand Central Publication.

This review is the copyrighted property of Night Owl Reviews. Click the link at the bottom of this page to read the review in full.


The pacing was just a bit uneven and at times the story seemed to drag on without a lot going on to hold my interest. But, as I approached the last quarter of the book, things picked up and all the pieces fell into place with a heart pounding precision. Mercy! So, despite having to wade through some of the bog, it was definitely worth the wait.

Having said all that, this is a good book, and I did enjoy it for the most part. It's a nice mix of humor, mystery, redemption and even a little retribution. The satisfaction for me was watching Eve blossom. She learns to enjoy the company of men, the pleasures of romance, and realizes her self-worth in the process.

With a series, there are always characters that rabid fans are waiting impatiently to see get their time in the spotlight, and I'm not sure if Eve and Asa were in high demand, but even so, don't let this little jewel slide under the radar. This is a solid addition to the series and builds an even stronger foundation for future installments. 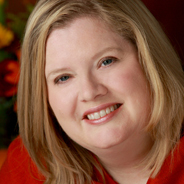