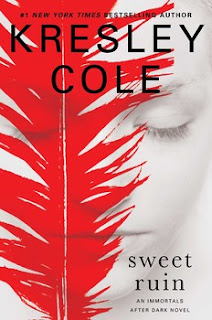 A foundling raised in a world of humans Growing up, orphaned Josephine didn’t know who or what she was—just that she was “bad,” an outcast with strange powers. Her baby brother Thaddeus was as perfect as she was flawed; protecting him became her entire life. The day he was taken away began Jo’s transition from angry girl... to would-be superhero... to enchanting, ruthless villain.

A lethally sensual enforcer on a mission

A threat to the Møriør has brought archer Rune the Baneblood to the mortal realm to slay the oldest living Valkyrie. Whether by bow or in bed, he never fails to eliminate his target. Yet before he can strike, he encounters a vampiric creature whose beauty conceals a black heart. With one bite, she pierces him with aching pleasure, taking his forbidden blood - and jeopardizing the secrets of his brethren.

A boundless passion that will lead to sweet ruin...

Could this exquisite female be a spy sent by the very Valkyrie he hunts? Rune knows he must not trust Josephine, yet he’s unable to turn her away. Despite his millennia of sexual conquests, he can’t ignore the unfamiliar longing she arouses deep within him. When Jo betrays the identity of the one man she will die to protect, she and Rune become locked in a treacherous battle of wills that pits ultimate loyalty against unbridled lust.

Sweet Ruin by Kresley Cole
My rating: 4 of 5 stars

Sweet Ruin by Kresely Cole- An Immortals After Dark Novel- is a 2015 Gallery Books publication. I was provided a copy of this book by the publisher as an XOXpert, the official street team of XOXO After Dark.

The wait is finally over! The hotly anticipated new release in the wildly popular Immortals After Dark series by Kresley Cole is here!!


All year, I have been trying to catch up with the series, because I knew this book was coming. I was so far behind, though, that I never got caught up before the release of “Sweet Ruin”. However, I was pleased to discover that it is not necessary to have read all the other installments to enjoy this book.

Josephine is orphaned, caring for her younger brother, Thaddeus, while trying to survive on the streets. But, Jo goes through a big change, and ends up leaving her brother behind, but she longs to reunite with him, and continues to watch over him, as she lives her new life as ghostly vampire, not understanding fully what kind of creature she is or what her history is.

Rune the Baneblood meets up with Josephine while on a mission to kill the oldest Valkyrie. Instantly, he knows he has met his match, but doesn’t understand who she is or what she is or where her loyalties lie. As the two tests the waters of their relationship, they forge an unshakeable bond and become a kind of dynamic duo. But, Rune’s painful past could be their undoing, if he can’t relinquish his bad habits.

One thing about Kresley Cole’s Immortals After Dark series that stands out is the author’s incredible imagination and her ability to draw her readers into a rich fantasy world full of amazing creatures and beings. The other thing is how this series always manages to take on new dimensions, go in new directions, and branch out into never ending possibilities. Few series have that capacity, and this speaks to the author’s talent as a writer. Never one to rest too long in one place, Ms. Cole keeps the reader guessing, the material fresh, but, still manages to please long term fans and bring in a whole new audience all at once. I have to admit though, that I did feel a little puzzled by this one, with the introduction of all new characters and new realms. But, once I got started, I found it to be refreshing, and the more I read, the more excited I was about it and I suppose it helped a little that I didn’t have any specific expectations about the book beforehand.


While the story does not have some the darker undertones I’ve become used to with this series, the hero is one of my favorite types. Rune is flawed, filled with self -doubt, and doesn’t hold himself in high regard. Jo, becomes important enough to him that when push comes to shove, he manages to pull his head out and do the right thing, but you will be on the edge of your seat as he goes through some situations that will make you want to cover your eyes or scream at him.

Jo was an interesting character study too, and I had to laugh at her vernacular on occasion. Her story is compelling and is certainly interesting. I ended up really liking her.

Rune and Jo together are fire and ice and their attraction is too hot to handle sometimes, and while past chapters in the series have been quite steamy, this one seemed even more sensual that usual, since Rune and Jo can't seem to keep their hands off one another. With that said, I did miss some to the action and adventure with this one, which seemed less prevalent, this time around.


Overall, this one took me by surprise, a little bit, but I enjoyed the book and am looking forward to more installments centered around this new cast of characters, even if it is very different from the atmosphere I have grown accustomed to. However, I do think this is a wise move for the author to make, and will broaden the scope for the continuation of the series. I can’t wait to see how it will play out in the long run. 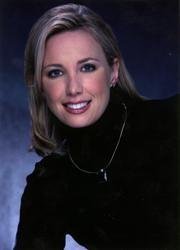 A master’s grad and former athlete, she has traveled over much of the world and draws from those experiences to create her memorable characters and settings.
Her IAD books have been translated into twenty foreign languages, garnered three RITA awards, and consistently appear on the bestseller lists, in the U.S. and abroad.

Cole lives in Florida with her family and “far too many animals.” You can learn more about Kresley at www.kresleycole.com.
Posted by gpangel at 1:00 AM