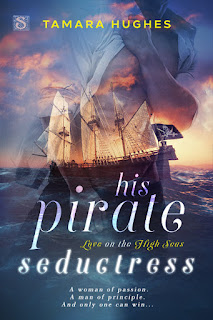 With her son's life in the balance, Catherine Fry is forced to locate and steal the priceless Ruby Cross of the Knights Templar. She knows who has it—it's just a matter of coercing Thomas Glanville, the handsome and incredibly stubborn captain of the ship she’s captured, into telling her the exact location. Fortunately, Catherine knows that there are many ways to get a man to talk...

Captain Thomas Glanville has the cross and he'll be damned if he's going to hand it over now that he finally has the means to buy a ship of his own. He's at the mercy of a fiery woman who will stop at nothing to achieve her goal. But Catherine has no idea who she's dealing with—and Thomas has his own means of charming a woman into his mercy and his bed...

His Pirate Seductress by Tamara Hughes


His Pirate Seductress- Love on the High Seas by Tamara Hughes is a 2015 Entangled (Scandalous) publication. I was provided a copy of this book by the publisher and Netgalley in exchange for an honest review.

Pirates seemed to fade out of view for a long while, what with every single historical romance novel set in the regency period, and focused exclusively on manners, dukes, earls, and society rules. However, I have noticed a small trend emerging where pirates are once more prominently featured. That’s a good thing!

Pirates are always interesting to read about since one can count on an adventure to be woven in with the love story. But, this novel adds the unique element of having a female pirate as one of the main characters. Not that it hasn’t been done before, but it’s not all that common. So, I was doubly excited about this novel. 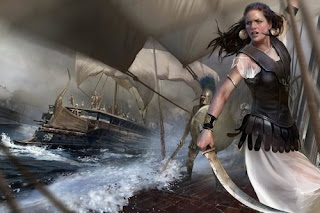 A priceless artifact is at the heart of this story. The Ruby Cross is in Thomas Glanville’s possession, but Catherine Fry aims to make it hers. So, she captures the man and holds him prisoner ready to do whatever it takes to get her hands on The Ruby Cross. A battle of wills ensues, but when Thomas realizes why it is so important to Catherine to have the artifact, the two wind up joining forces in order to save her family, but will still allow Thomas to see his dreams come true. However, there is more than one enemy, they must face, and one is right there in their midst….

In the meantime, a grudging respect develops on top of a mutual physical attraction between Catherine and Thomas. Will they be able to move past their initial status as enemies? Will they be able to rescue Catherine’s family? Will Thomas gain his family’s respect and see his dreams come to their fruition?

This is a fun read, full of high seas adventure, suspense, and intrigue, but also one of family and love, and learning what really matters in life. There is some nice dialogue in this one, and the ending is very sweet and satisfying.

I do hope books like this one will inspire more high seas sexy adventures!

“Catherine bristled at the amusement in his voice. He could laugh all he wanted when he stood tied to a wall utterly naked. A little humiliation might do him good.” 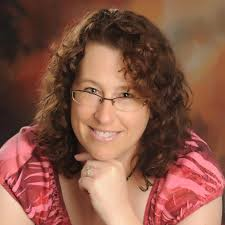 A small town girl with a big imagination, Tamara Hughes had no idea what to do with her life. After graduating from college, she moved to a big city, started a family and a job, and still struggled to find that creative outlet she craved. An avid reader of romance, she gave writing a try and became hooked on the power of exploring characters, envisioning adventures, and creating worlds. She enjoys stories with interesting twists and heroines who have the grit to surmount any obstacle, all without losing the ability to laugh.
Posted by gpangel at 1:00 AM