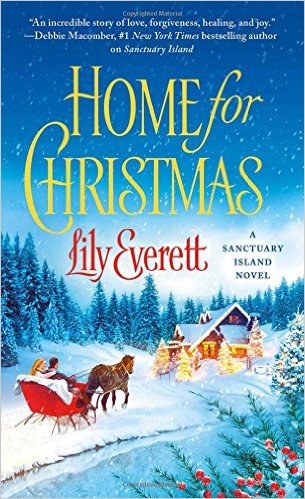 ABOUT THE BOOK:
Tis the season for family and love…At least it's supposed to be. For Libby Leeds, however, the holiday season is just another reminder of things she'd rather forget. When she left Sanctuary Island as an orphaned child, she never thought she'd go back except in her dreams, dreams she's kept alive by writing monthly column of her fictional small-town life, until her publisher sends her back home for the holidays.
Owen Shepard is a fallen hero, wounded in action rescuing three of his fellow soldiers, but after a whirlwind of media attention, all this charismatic Army Ranger wants is to get back on his feet and make it to Sanctuary Island to be with his daughter in time for Christmas. What he didn't expect was to be put on a crash course with a columnist hiding her past. Will the magic of Sanctuary Island at Christmastime allow them to find healing together?
READ AN EXCERPT:

Home for Christmas by Lily Everett
My rating: 4 of 5 stars

Home for Christmas by Lily Everett is a 2015 St. Martin's publication.

Home for Christmas is a sweet and emotional story of family, forgiveness, healing and hope.


Libby is a writer on assignment for the publication she works for and while she tried to weasel out of it, her boss has given her an ultimatum, so for better or worse, Libby returns home for Christmas. Her assignment? To give war hero Owen Shepard a heartwarming Christmas with his family on Sanctuary Island. Can she pull it off and still maintain her false persona?

I haven't read all the books in this series, but have immensely enjoyed the ones had to chance to read, thus far. This one is just a little bit different from the others, in that the characters featured here, Libby and Owen, only had familial ties to Sanctuary Island, and the story is more focused on the entire family and not just on the romance between Owen and Libby, making this one fall more into the women's fiction or chick-lit genres that some of the previous installments.


The storyline involving Owen's daughter, is very sad and emotional. Owen has only recently discovered he is a parent and is having trouble adjusting to that type of responsibility. I got very frustrated with him and his fixation on returning to the army, which would mean abandoning a little girl who desperately needed him. 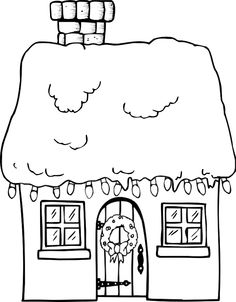 Libby was sort of an enigma, living a lie, and struggling to cope with the reality of her situation. Her family dynamic is certainly interesting and creates a lot of drama.

Since the story deals with a lot of rather heavy family issues, the romance is not all that steamy, but that seems more fitting somehow in this case. I enjoyed the way Libby and Owen rose to the occasion to do the right thing for themselves and their individual families, and managed to forge a family of their own in the process. So, while this one was not exactly what I was used to from this series, I still thought it was a strong addition to the Sanctuary Island collection. 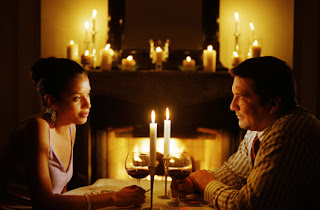 So, if you like contemporary or women's fiction, emotional and touching holiday stories, and happy ever afters you will want to add this on to her holiday reading list.

GET YOUR COPY HERE:
https://www.amazon.com/Home-Christmas-Sanctuary-Island-Book-ebook/dp/B00V38KAX0/

Lily Everett grew up in a small town in central Virginia, in the foothills of the Blue Ridge Mountains. Although she’s lived many other places since, from college in Philadelphia to her first publishing job in New York City and her current home in Austin, Texas, she never forgot the beauty and warmth of her little hometown. She is thrilled to be writing the Sanctuary Island series full time because it allows her to combine her longstanding love of romance with the memories of her childhood home.
Lily’s alter ego is Louisa Edwards. Under that name, she is the author of the Recipe for Love series, sexy contemporary romances with hot chef heroes set in the high-stakes, fast-paced world of professional restaurants.