A Love to Last by Kelsey Browning- A Book Review 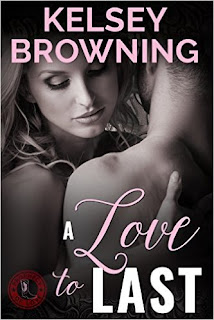 Her boots were made for walking…

Drifter Delaney Shields plans to breeze through Prophecy, Texas, before setting off on an around-the-world trip of a lifetime. She never expects to see sexy-as-sin Cal Maddox, the man she ran out on a decade ago. One look between them and their past attraction ignites, flaming hotter than ever. But acting on it would be disastrous because she’s not the sticking kind, and Cal has roots a mile deep.

Cal Maddox left the military only to find both the health of his dad and his hometown failing. When Delaney walks into his father’s custom boot shop, she spurs emotional memories and sexual fantasies Cal has no business indulging in. Especially once he realizes she’s the next Prophecy bootmaker, the only person who can design custom cowboy boots with the power to change a person’s destiny. But if fanning those old flames will keep her in Prophecy, he’s willing to take the heat, even if it means keeping secrets and risking his heart again.

Duty and desire throw Cal and Delaney together, but will their feelings be strong enough to forge a new bond or will they destroy their second chance at love.

A Love To Last by Kelsey Browning
My rating: 5 of 5 stars

A Love to Last ( Prophecy of Love- Book one) by Kelsey Browning is a 2015 publication. I was provided a copy of this book in exchange for an honest review.


“Maybe where you belong is less about the location itself and more about how you feel about yourself when you're there.”


A small town romance set in Texas with a smidgen of magic and sprinkle of paranormal occurrences is the foundation for this new series by Kelsey Browning.


Laney is breezing through Prophecy, Texas to check on an old friend before embarking on one of her world wide tours. But, things get complicated when she sees Whit Maddox at his boot shop confirming her worst fears concerning his failing health. She is torn between continuing her nomadic ways or settling in for a while after Wilt informs her she is Prophecy's next 'bootmaker'.

What does that mean? Well, for Prophecy, the boot shop is its life's blood. The boot designer creates a unique pair of boots, but they always come with a special matching pair. The matches could mean love or healing or luck. It's the stuff legends are made of and people flow through the small town, bringing in money for all the other merchants. But, with Whit unable to make boots anymore, it's up to Laney to keep the town from going under. But, that's not her only problem… Cal Maddox is still rooted in Prophecy, still hotter than a Texas pepper sprout, and still holds Laney's heart in his hands. The problem is Laney and Cal have different goals and expectations from life.

So, Laney has some big decisions to make and the pressure is nearly unbearable. Can Whit and Cal and the town of Prophecy convince Laney this is where home is and always has been?

I always look forward to reading a new book by this author because I know there are going to be some OMG- Laugh out loud scenes that crop up when you least expect them.

“Raylene, this is Cal. Would you happen to be available for lunch?” “Sure, sugar. Why don't you c'mon over here? I just mixed up a batch of egg salad.”

Cal grimaced at the lunch menu, but what they ate wasn't important. What they talked about was.

The humor is really only a small part of why I enjoyed this story. I'm a sucker for second chance love stories, and the magical undertone created a nice whimsical appeal, which was fun too, and the boot shop being the focal point put a big Texas style stamp on it, which made me REALLY love it.

I could feel Laney's anxiety, and could understand how she might feel cornered, but it was obvious she loved Cal, and longed for a place to call home.

I admit to crushing on Cal a little bit. He's a quintessential Texan, and wow could he bring on the passion and the swoon worthy romance. Whew! My kind of guy!

The story is well balanced with a lot of laughs, a few tears, a sweet and spicy, and deeply romantic love story, which is topped off by a fanciful atmosphere that gave the reader a feeling of anticipation and expectation which kept it from becoming predictable. So, I gather by now, you have the impression I really enjoyed this story, and you would be right. A solid beginning to what I hope will be a long running series. 4.5 stars 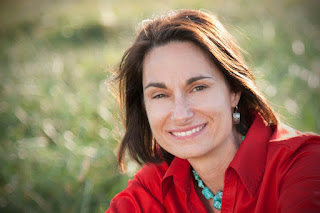 Kelsey Browning writes sexy contemporary romances that readers describe as funny, sassy, and full of sizzling chemistry. She also co-authors humorous Southern women’s fiction with a sprinkling of mystery. Originally from a Texas town smaller than the ones she writes about, Kelsey has also lived in the Middle East and Los Angeles, proving she’s either adventurous or downright nuts. These days, she makes her home in Athens, Georgia, with her tech-savvy husband, her smart-talking son, a rescue dog from Qatar, and her (fingers crossed) future therapy pup.


Add A LOVE TO LAST to Goodreads