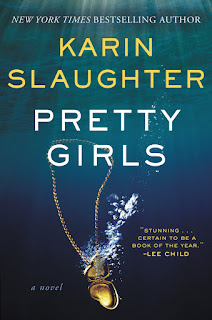 #1 internationally bestselling author Karin Slaughter returns with a sophisticated and chilling psychological thriller of dangerous secrets, cold vengeance, and unexpected absolution, in which two estranged sisters must come together to find truth about two harrowing tragedies, twenty years apart, that devastate their lives.

More than twenty years ago, Claire and Lydia's teenaged sister Julia vanished without a trace. The two women have not spoken since, and now their lives could not be more different. Claire is the glamorous trophy wife of an Atlanta millionaire. Lydia, a single mother, dates an ex-con and struggles to make ends meet. But neither has recovered from the horror and heartbreak of their shared loss—a devastating wound that's cruelly ripped open when Claire's husband is killed.

The disappearance of a teenage girl and the murder of a middle-aged man, almost a quarter-century apart: what could connect them? Forming a wary truce, the surviving sisters look to the past to find the truth, unearthing the secrets that destroyed their family all those years ago . . . and uncovering the possibility of redemption, and revenge, where they least expect it.

Powerful, poignant, and utterly gripping, packed with indelible characters and unforgettable twists, Pretty Girls is a masterful thriller from one of the finest suspense writers working today.


When you first disappeared, your mother warned me that finding out exactly what had happened to you would be worse than never knowing. We argued about this constantly because arguing was the only thing that held us together at the time.
"Knowing the details won't make it any easier," she warned me. "The details will tear you apart."
I was a man of science. I needed facts. Whether I wanted to or not, my mind would not stop generating hypotheses: Abducted. Raped. Defiled.
Rebellious.

That was the sheriff's theory, or at least his excuse when we demanded answers he could not give. Your mother and I had always been secretly pleased that you were so headstrong and passionate about your causes. Once you were gone, we understood that these were the qualities that painted young men as smart and ambitious and young women as trouble.
"Girls run off all the time." The sheriff had shrugged like you were any girl, like a week would pass — a month, maybe a year — and you would come back into our lives offering a half-hearted apology about a boy you'd followed or a friend you'd joined on a trip across the ocean.
You were nineteen years old. Legally, you did not belong to us anymore. You belonged to yourself. You belonged to the world.
Still, we organized search parties. We kept calling hospitals and police stations and homeless shelters. We posted fliers around town. We knocked on doors. We talked to your friends. We checked abandoned buildings and burned-out houses on the bad side of town. We hired a private detective who took half of our savings and a psychic who took most of the rest. We appealed to the media, though the media lost interest when there were no salacious de¬tails to breathlessly report.
This is what we knew: You were in a bar. You didn't drink any more than usual. You told your friends that you weren't feeling well and that you were going to walk home and that was the last time anyone ever reported seeing you.
Over the years, there were many false confessions. Sadists rallied around the mystery of where you'd gone. They provided details that could not be proven, leads that could not be followed. At least they were honest when they were caught out. The psychics always blamed me for not looking hard enough.
Because I never stopped looking.
I understand why your mother gave up. Or at least had to appear to. She had to rebuild a life — if not for herself, for what was left of her family. Your little sister was still at home. She was quiet and furtive and hanging out with the kind of girls who would talk her into doing things she should not do. Like sneak into a bar to hear music and never come home again.
On the day we signed our divorce papers, your mother told me that her only hope was that one day we would find your body. That was what she clung to, the idea that one day, eventually, we could lay you down in your final resting place.
I said that we might just find you in Chicago or Santa Fe or Portland or some artistic commune that you had wandered off to because you were always a free spirit.
Your mother was not surprised to hear me say this. This was a time when the pendulum of hope still swung back and forth between us, so that some days she took to her bed with sorrow and some days she came home from the store with a shirt or a sweater or a pair of jeans that she would give you when you returned home to us.
I remember clearly the day I lost my hope. I was working at the veterinary office downtown. Someone brought in an abandoned dog. The creature was pitiful, obviously abused. He was mostly yellow Lab, though his fur was ashen from the elements. Barbs were clumped in his haunches. There were hot spots on his bare skin where he'd scratched too much or licked too much or done the things dogs try to do when they are left alone to soothe themselves.
I spent some time with him to let him know he was safe. I let him lick the back of my hand. I let him get used to my scent. After he calmed, I started the examination. He was an older dog, but until recently, his teeth had been well kept. A surgical scar indicated that at some point, an injured knee had been carefully and expensively repaired. The obvious abuse the animal suffered had not yet worked its way into his muscle memory. Whenever I put my hand to his face, the weight of his head fell into the palm of my hand.
I looked into the dog's woeful eyes and my mind filled in details from this poor creature's life. I had no way of knowing the truth, but my heart understood this was what had happened: He had not been abandoned. He had wandered off or slipped his leash. His owners had gone to the store or left for vacation and somehow — a gate accidentally left open, a fence jumped, a door left ajar by a well-meaning house sitter — this beloved creature had found himself walking the streets with no sense of which direction would take him back home.
And a group of kids or an unspeakable monster or a combination of all had found this dog and turned him from a cherished pet into a hunted animal.
Like my father, I have devoted my life to treating animals, but that was the first time I had ever made the connection between the horrible things people do to animals and the even more horrific things they do to other human beings.
Here was how a chain ripped flesh. Here was the damage wrought by kicking feet and punching fists. Here is what a human being looked like when they wandered off into a world that did not cherish them, did not love them, did not ever want them to go home.

Your mother was right.

The details tore me apart.

Pretty Girls by Karin Slaughter
My rating: 4 of 5 stars


Karin Slaughter is a seasoned author of taut suspense and she certainly knows how to weave a wicked little tale. This one though was a real mind bender.

It's been over twenty years since Lydia and Claire's older sister, Julia, disappeared. Their lives took drastically different directions at that point, as Lydia falls into drug abuse and addiction, and Claire quietly disappears into the safe environment her genius husband, Paul, has created for her. Claire and Lydia have been estranged for all these years, but when Paul is killed, the two sisters cautiously reconnect as they begin to uncover a mountain of lies, sins, crimes, and depravity, no one would ever have guessed at, and at the very heart of the matter, is the drive to discover what really happened to their sister all those years ago. 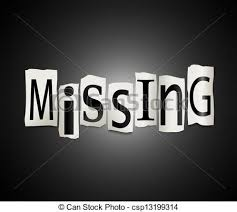 Once I started this book I was immediately sucked into it, and found it deeply absorbing. The book is longer than the usual three hundred and fifty page lengths I have grown used to, and while there is a vast amount of information to digest and weed through, there were times the story got bogged down a little and the momentum suffered as a result. A few times I questioned some of the information and found it pushed the boundaries of plausibility, but overall, the plot was tightly woven, clever, and very tense. The characters were well drawn and the baddies are particularly chilling. Although the story is basically centered around Claire, I didn't know what to think of her sometimes. Her character does grow in leaps and bounds and she discovers a strength within her she never knew she had. However, Lydia was inspirational, a character I liked instantly. She steals the show in many ways with her sharp mouth, her bravery and ability to forgive, which in the beginning was something she struggles with. 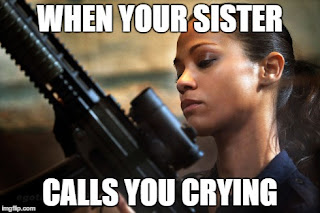 This book is not for the faint of heart as the subject matter is very dark, the violence is graphic, and the imagery is quite disturbing. It is also a very emotional and heartbreaking story, as we see the toll the crimes have taken on the families.

By the time I got the end, I felt like I had just finished a marathon or participated in the triathlon. This book gives your brain, your body and soul a thorough workout, but like Claire, Helen, and Lydia, I was left with a sense of peace, a feeling these strong women will survive their ordeal, and will pass that fortitude onto the next generation, making those who didn't live to see justice done, very proud indeed. 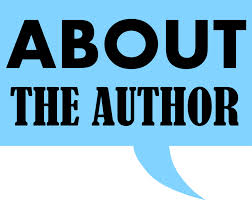 Slaughter was born in a small southern Georgia community, and now resides in Atlanta. She is widely credited with first coining the term "investigoogling" in 2006.

With a missing girl in the news, Claire Scott can’t help but be reminded of her sister, who disappeared twenty years ago in a mystery that was never solved. But when Claire begins to learn the truth about her sister, nothing will ever be the same.

PRETTY GIRLS to your shelf! https://www.goodreads.com/book/show/2...