Dos Angeles, the first in a franchise of mysteries featuring Paco Moran, puts the multicultural thirty-something ex-LAPD homicide detective turned reluctant private eye on the trail of a beautiful young Latina on the run with ten million dollars in cash. Half Anglo and half Mexican, Moran is a transitional character equally at home working in Beverly Hills or blue collar Boyle Heights, the tough East Los Angeles neighborhood where he was raised by a single mom. In his debut case Paco quickly learns he will be the fall guy if he doesn't track down the young immigrant who allegedly stole a small fortune from a sleazy Hollywood producer secretly laundering money for a notorious drug cartel. Paco's frantic search takes him on a roller-coaster ride through a shadowy place he calls Dos Angeles a city within the city and a virtual country unto itself.


Then, the day before the Pirellis were due home, something unexpected came up that needed her immediate attention. On hearing what she thought was the sound of a toilet running she first checked downstairs before heading up to the master suite. Inside the gaudy all gold and marble bathroom she discovered a puddle of water seeping out from inside the extra-long double vanity. Opening the main cabinet doors she saw one of the stainless steel hoses was leaking badly. She tried to tighten the connection but it had no effect. Afraid she might make matters worse, she turned off the valve and hurried downstairs to call a plumber on the approved contact list.


A half hour later Sid Kantor showed up and Maria was immediately intimidated by his off-putting physical presence. Short and obesely overweight with a large shaved head, a Quaker-like beard, and dull, hooded eyes, Kantor reminded her of El Malvado, a cartoon villain that used to terrify her as a little girl in Oaxaca. Because of that and his gruff, unfriendly manner, she quickly sensed he was one of those aggressive white foreigners who only saw Mexicans as workers, never as equals.


Not about to give him the satisfaction of staring at her shapely bottom on the way up the steep winding staircase, she politely stepped aside and gestured for him to lead the way. By the time they reached the second floor landing he was grunting and panting so much she feared he might have a heart attack.


“Are you okay, sir?” she asked with genuine concern.


“Ya, ya,” he muttered, wiping his brow with his shirt sleeve. “It’s dis damn heat.”


Minutes later Maria stood by patiently as Kantor awkwardly maneuvered his way under the sink to remove and replace the faulty hose. When he finally finished he turned the water back on to test it.


“Dat should do it,” he said in a heavily accented, non-American voice. “Let run five minutes to make sure.”


After struggling to get back up on his feet Kantor gestured with the flashlight he’d been using, illuminating the inside of the cabinet.


“You know what behind dere?” he asked, focusing the light on a small pocket door under the sink.


“Behind where?” Maria was confused.


“Dere, dere!” he growled, swirling the light around to emphasize what he was talking about


“Strange. Hah?” He pointed the flashlight at the door again. “Must be something back dere.”


Since Kantor was obviously way too big to crawl through himself, Maria volunteered to take a look while he was still there.


“No time,” he said, tapping on his watch. “Late for next appointment.”


He handed her a business card. “You call if any more problems.”


She promised she would and saw him out.


After he left, she decided to return upstairs to check behind the cabinet to make sure there were no hidden pipes that could be leaking. When she slid open the mystery door, she was startled to discover a secret room. “Dios mío!” she whispered.


Shining her light through the opening she saw what appeared to be a fully equipped home office. It had a desk with a computer, a printer, a multi-line phone system and custom-built shelving holding an array of accordion files and cardboard storage boxes. On entering she found an illuminated light switch she quickly turned on.


With the room now brightly lit by a series of overhead spots, the first thing she noticed was one of the storage boxes had fallen off a shelf and it was lying face down on the carpeted floor. Alongside it was a banded stack of dollar bills. Turning over the box Maria was shocked to see it was filled with more wrapped bundles of cash. But the bills weren’t ones—they were all hundred dollar Benjamins.


Almost tripping in her haste to see what was in the other boxes, she took another down, placed it on the floor and quickly removed its fitted lid. It, too, was filled with packets of hundred dollar bills. Like a pirate sifting through a chest of precious Spanish doubloons, she quickly determined there was close to a hundred thousand dollars in just that one box.


It had to be a sign, she told herself. She had suffered and endured so much over the last two months. There had been days when she didn’t know if she even had the inner strength to carry on. Now—with this amazing stroke of good fortune—she finally had some hope again.


But first she would have to get all of the money out of the house.


And once she did… where in the world would she go? 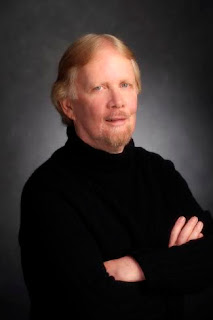 Emmy nominee Michael O’Hara-- who has written and produced some of the highest-rated television movies and miniseries in recent memory – is adding author to his resume with the August, 2015 the publication of his first novel, Dos Angeles.

A former award-winning journalist and NBC Vice President of Media Relations, O’Hara made an auspicious debut as a writer/producer with “Those She Left Behind,” a critically acclaimed family drama that continues to be the highest-rated TV movie (25.1/38 share) on any network in over twenty years. It starred Gary Cole and Colleen Dewhurst (who won an Emmy Award for her performance). That success was followed by the widely praised NBC movie “She Said No” which won an American Women in Radio & Television Award for Best Television Dramatic Special.

O’Hara also wrote “She Woke Up Pregnant,” the pilot for ABC’s ‘Crimes of Passion’ franchise. It scored an impressive 13.4 rating and 21 share, making it the highest-rated ABC movie of the year. He went on to write “One Hot Summer Night,” another ‘Crimes of Passion’ thriller that was ABC’s highest-rated Thursday night movie of the season. Other producing credits include two CBS projects: “Twilight Zone – Rod Serling’s Lost Classics” and “A Child’s Wish,” which was filmed in the Oval Office and featured a cameo appearance by then President Bill Clinton. In addition he wrote and executive produced NBC’s “In His Life: The John Lennon Story” and “1st to Die,” a two-part NBC miniseries based on the best-selling novel by James Patterson.

Overall O’Hara has produced four miniseries and 33 Movies of the Week. Besides his Emmy nomination, other honors include: a Christopher Award (“A Child’s Wish”); a Prism Award (“The Accident”); a Humanitas Award nomination (“Heart of a Child”); a National Easter Seal Society Award (“To Walk Again”); an International Health & Medical Film Award (“Heart of a Child”); and the Media Award from The National Council on Problem Gambling (“Playing to Win.”)