Earth to Emily by Pamela Fagan Hutchins - A Book Review 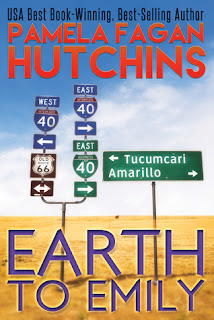 A pulse-pounding mystery—the second in the Emily series—from the best-selling and award-winning author of the Katie & Annalise novels.


Paralegal and former rodeo queen Emily only wants two little things. The first is to adopt Betsy—the girl who has stolen her heart but could be deported to Mexico at any time. The other is a second chance with her boss, Jack, a smolderingly hot and mysterious criminal defense attorney in Amarillo who runs his family’s horse ranch in New Mexico on the side.


But before Emily can dare to hope for either (or both), the obstacles between them and her mount: two runaway teenagers, an aging exotic dancer, and a dead trucker torpedo a dinner with Jack. She and Jack catch their client—who’s charged with assaulting an officer—selling stolen goods. And to top it all off, Betsy’s zealously religious and overly protective foster parents sic some questionable cops on Emily to destroy her reputation.


Emily just wants to silence all the noise and focus on her priorities: Betsy and Jack. But then the phone rings. It’s the two runaways, with an enormous secret and a desperate plea for help. They convince Emily that she’s the only one they can trust, forcing her into a horrible choice: risking the lives of these two teens, or jeopardizing her own chance at a life with the two people she cares about most.

Earth to Emily by Pamela Fagan Hutchins is a 2015 publication. I was provided a copy of this book in exchange for an honest review.

So, as the second book in the “Emily” series launches, we see Emily working her buns off trying to get all her ducks in a row so she can give Betsy her forever home. But, naturally life is erratic and more than one obstacle stands in her way.... things like two runaway kids, a murder, and Betsy's foster parents, who are intent on making Emily look bad. Then there are her feelings for the handsome defense attorney she works for. While things got kind of weird between them at one time, Betsy still harbors hope they can overcome the past, and work things out.

First of all I have to confess I have not gotten around to reading the first book in this series- “Heaven to Betsy”. ( I do have the book, and it's embarrassing to admit it's been lingering on my top twenty list for quite some time, but my review deadlines have been brutal, so I kept having to put it aside)

So, I have to say I highly recommend reading the first book before starting this one, but it's not absolutely necessary, since you can easily grasp the situation. I do intend to go back and get caught up, so I know all the particulars about how Emily met Betsy and learn all the specifics about Jack leading up this point.

Having said all that, I found this book to be a very fast paced read, with every element you need to make up a good story. We have mystery and suspense, romance and humor all mixed together with a few heart tugging emotional moments to top things off.

There is never a dull moment in this book with several plot lines going on at once. The characters are charming, real, funny, and at times an enigma. Jack is a guy who apparently likes to keep information close to his vest, and I never quite knew what he was thinking or how he was feeling.

Emily however, was quite forthcoming with her feelings and emotions and of course this makes her character easy for us ladies to relate to and sympathize with. She is optimistic, with a strong moral code she lives by, but underneath her quiet strength, there is a palpable yearning that broke my heart.

Naturally, any time we deal with children who are need, the emotions run high and Emily finds herself in between a rock and a hard place trying to help two teens without ruining her own chance of becoming a parent.


I also felt outrage at Betsy's foster parents and the below the belt tactics they pulled on Emily who will undoubtedly make a great mom.


Then there is the romance. Again, Jack drops hints along the way, here and there, that he would like to settle some things between himself and Emily, but there are huge revelations they will have to tackle and come to terms with before they can move forward. Thankfully, we see some real progress before all is said and done.

The dialogue is crisp, sharp, poignant at times, with all the characters, even the minor ones, being well defined.

Overall, this is a fast and easy read, a solid action packed romantic suspense novel with a little something in it for everyone. 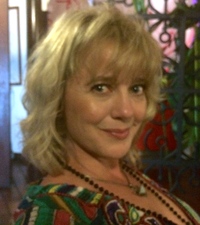 Pamela Fagan Hutchins writes award-winning and best-selling mysteries and hilarious nonfiction. She is passionate about great writing, smart authorpreneurship and her household hunks, husband, Eric, and one-eyed Boston terrier, Petey. She also leaps medium-tall buildings in a single bound, if she gets a good running start.


Once Upon A Romance calls Hutchins an "up-and-coming powerhouse writer."
If you like Sandra Brown or Janet Evanovich, you're going to love Pamela Fagan Hutchins. A former attorney and native Texan from Amarillo who spent ten years in the Caribbean, Pamela splits her time between Houston and a little place called Nowheresville.


The reviews for the first book in the Emily series, Heaven to Betsy, are good. Very, very good.
“Grabs you by the throat from the get-go for a suspenseful, rollicking ride.” — Ken Oder, author of The Closing
“Full of heart, humor, vivid characters, and suspense. Hutchins has done it again!” — Gay Yellen, author of The Body Business
“Hutchins is a master of tension.” — R.L. Nolen, author of Deadly Thyme
“Intriguing mystery . . . captivating romance.” — Patricia Flaherty Pagan, author of Trail Ways Pilgrims
“In my book . . . the makings of a great novel: cheating husbands, murder, and hot cowboys.” — Melissa Algood, contributing author, Eclectically Criminal