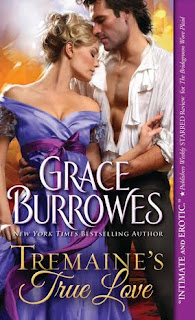 He's had everything he could ever want...until now

Wealthy wool magnate Tremaine St. Michael is half French, half Scottish, and all business. He prowls the world in search of more profits, rarely settling in one place for long. When he meets practical, reserved Lady Nita Haddonfield, he sees an opportunity to mix business with pleasure by making the lady his own.

Nita Haddonfield has a meaningful life tending to others, though nobody is dedicated to caring for Nita. She insists the limitations of marriage aren't for her, then Tremaine St. Michael arrives-protective, passionate, and very, very determined to win Nita's heart.

Wealthy businessman Tremaine St. Michael has concluded that marriage to Lady Nita Haddonfield would be a prudent merger of complimentary interests for the mutual benefit and enjoyment of both parties… or some such blather.

Tremaine rapped on Lady Nita’s door, quietly, despite a light shining from beneath it. Somebody murmured something which he took for permission to enter.

Tremaine stepped into her ladyship’s room, closed the door behind him and locked it, which brought the total of his impossibly forward behaviors to several thousand.

“Your ladyship expected a sister, or a maid with a pail of coal?”

“I wasn’t expecting you.” Lady Nita sat near the hearth in a blue velvet dressing gown. The wool stockings on her feet were thick enough to make a drover covetous. “Are you unwell, Mr. St. Michael?”

“You are not pleased to see me.” Did she think illness the only reason somebody would seek her out?

She set aside some pamphlet, a medical treatise, no doubt. No vapid novels for Lady Nita.

“I was not expecting you, sir.”

“You were not expecting me to discuss marriage with you earlier. I wasn’t expecting the topic to come up in a casual fashion either. May I sit?”

She waved an elegant hand at the other chair flanking the hearth. Tremaine settled in, trying to gather his thoughts while the firelight turned Lady Nita’s braid into a rope of burnished gold.

“You are pretty.” Brilliant place to start. The words had come out, heavily burred, something of an ongoing revelation.

“I am tall and blond,” she retorted, twitching the folds her of her robe. “I have the usual assortment of parts. What did you come here to discuss?”

Lady Nita was right, in a sense. Her beauty was not of the ballroom variety, but rather, an illumination of her features by characteristics unseen. She fretted over new babies, cut up potatoes like any crofter’s wife, and worried for her sisters. These attributes interested Tremaine. Her madonna-with-a-secret smile, keen intellect, and longing for laughter attracted him.

Even her medical pre-occupation, in its place, had some utility as well.

More brilliance. Where had his wits gone? George Haddonfield had graciously pointed out that Nita needed repose and laughter, and Tremaine was offering her the hand of the most restless and un-silly man in the realm.

The lady somehow contained her incredulity, staring at her hands. “You want to discuss marriage?”

“I believe I did just open that topic. Allow me to elaborate on my thesis: Lady Bernita Haddonfield, will you do me the honor of becoming my wife? I think we would suit, and I can promise you would know no want in my care.”

A proper swain would have been on his damn bended knee, the lady’s hand in his. Lady Nita would probably laugh herself to tears if Tremaine attempted that nonsense. Lady Nita picked up her pamphlet, which Tremaine could now see was written in German.

“I beg your pardon?” Tremaine was about to pitch the damned pamphlet in the fire, until he recalled that Nita Haddonfield excelled at obscuring her stronger emotions.

“Why should you marry me, Tremaine St. Michael? Why should I marry you? I’ve had other offers, you’ve made other offers. You haven’t known me long enough to form an opinion of my character beyond the superficial.”

This ability to take a situation apart, into causes, effects, symptoms, and prognosis was part of the reason she was successful as a healer. Tremaine applied the same tendencies to commercial situations, so he didn’t dismiss her questions as coyness or manipulation.

Message From the Author
What makes a man a gentleman?
For a romance writer, this question has to be answered in every book, because implicit in the term “hero” is something of the gentleman. Heroes need not be charming, handsome or wealthy, and they might not even be obviously heroic, at least at the start of the book, but they have to be worthy of our loyalty for the duration of an entire book.
In the True Gentlemen series, I took three men who’d wandered across my pages in previous stories—Tremaine St. Michael, Daniel Banks, and Willow Dorning—and found them each a happily ever after. Tremaine is a flinty business man, Daniel is poor and pious, Willow finds polite society an enormous trial and would far rather be with his dogs. These fellows were not obvious choices as romance heroes, but they each had something that tempted me to write stories for them.
When we met Tremaine in an earlier book (Gabriel: Lord of Regrets), Tremaine was convinced that he’d found a good candidate for the position of wife. He offered marriage, listing all the practical advantages to both parties, and he congratulated himself on how much sense his proposed union would make.
The lady turned him down flat, and as a gentleman is bound to do, he graciously ceded the field. He didn’t like it, he didn’t entirely understand how or what he’d lost, but he wished the happy couple well.
Daniel’s role in David: Lord of Honor was to charge to London with sermons at the ready in an attempt to restore his sister’s honor. The very man Daniel accused of wronging that sister had already set her back on the path to respectability.
Oops. But again, being a gentleman, Daniel wishes the couple every happiness, even if doing so costs him the future he’d envisioned for himself and his loved ones. Like Tremaine, he’s a gracious and even dignified loser.
Willow’s appearance in Worth: Lord of Reckoning is brief, but he too is determined to see a sister rescued from a possibly compromising position, and again, rescue is simply not on the heroine’s agenda.
In all three cases, the true gentleman acts in the best interests of those he loves and is responsible for, regardless of the inconvenience or cost to himself. Because Tremaine, Daniel, and Willow were honorable, I liked them. I trusted them, I wanted them to have the happiness they clearly already deserved.
In the Nicholas Haddonfield’s sisters—Nita, Kirsten, and Susannah—I found ladies willing to oblige my ambitions for these men. In each case, our hero has lessons yet to learn, and in each case, his inherent honor wins the day. He might not be handsome, wealthy, or charming in the eyes of the world, but because he’s a true gentleman in the eyes of his lady, he wins her true love.
I hope you enjoy reading these stories as much as I enjoyed writing them!

Tremaine's True Love by Grace Burrowes
My rating: 5 of 5 stars

Tremaine's True Love by Grace Burrowes is a 2015 Sourcebooks Casablanca publication. I was provided a copy of this book by the publisher and Netgalley in exchange for an honest review.

I always get excited when a new book by Grace Burrowes is released. I was especially excited about this one because it's the first in the brand new “True Gentleman” series.

Tremaine St. Michael is certainly an interesting fellow. His heritage is French and Scottish, he is a well off tradesman, interested in obtaining a flock of Merino sheep. This puts him in direct contact with the Earl of Haddonfield who is looking to sell the sheep, which is how Tremaine meets Nita, the Earl's sister.

Tremaine and Nita connect almost instantaneously and the chemistry is palpable. But, the two were quite unprepared for this event and taken completely by surprise. Tremaine is focused on his sheep and his work, while Nita is working with the poor to help provide them with the best medical care possible, especially since the local doctor sits in judgment of the poor and refuses to treat them properly.

The romance is one of the sweetest I've read in long time. Deeply romantic and sensual, but not without conflict. Nita's family, especially her brother, Nicholas, is worried that Nita is putting her health at risk by working with the poor, which in turn puts the health of the entire family at stake. While Tremaine admires Nita for her sacrifice and hard work, her independence and down to earth spirit, he too believes her work is too risky. So, will Nita will have to make a choice between marriage and continuing with her work?

There are a couple of side stories that are very compelling, especially one which involves the woman and her children, who Nita has been trying to help, and the terrifying possibility that one of Nita's sisters may be about the wed the wrong man.

This story was fast paced and very absorbing. I absolutely loved Tremaine and Nita as a couple. They each had to learn to see the situation from the other person's perspective and figure out how to make compromises, and they ended up being an inspiration. Tremaine is just dreamy, and mean really romantic, and so, so sweet. I just loved him!

I also love a strong female character who defies convention and chooses to do what she feels is right, even if it comes at a great personal sacrifice. Nita was great character and I admired her dedication to principles.

Ms, Burrowes is one of my favorite authors and I love her writing style, but this one has a little added appeal, like a cherry of top of the cake. Very well done!

This was a great story all the way around and I am so excited about getting to know the earl's other sisters in future installments. 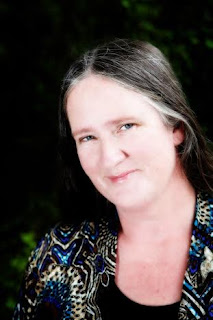