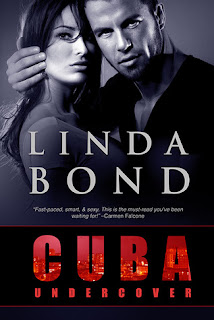 Cuban-American TV reporter Rebecca Menendez's success comes from playing by the rules. When she's kidnapped by a fierce and intensely handsome man who needs her help, however, all of those rules seem pointless. Nothing could have prepared her for being taken hostage...or the irresistible reward if she complies: information about her long-thought dead father.

Antonio Vega has spent almost every day of his adult life dreaming of revenging his father's death. With his sister's life and freedom in jeopardy, Antonio isn't taking any chances. But once Rebecca and Antonio are in Cuba, they're immersed in a world of corruption, deceit, and betrayal. It's a deadly game...and there are no rules. 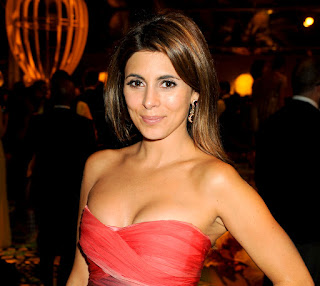 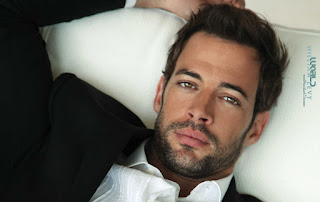 Cuba Undercover by Linda Bond
My rating: 5 of 5 stars

Cuba Undercover by Linda Bond is a 2015 Entangled publication. I was provided a copy of this book by the publisher and Netgalley in exchange for an honest review.

This is the first book I have read by this author and I have to say I am really impressed.

This romantic suspense novel is centered around Cuban- American Rebecca Menendez and Antonio Vega, a man desperate to save his sister from an abusive marriage and find safe passage out of Cuba for his family.

Antonio has watched Rebecca for a long time via her television reports and knows she is a woman who believes in justice for women who are victims of abuse, which is why he wants her help, in part. The other reason is his personal vendetta against the man who killed his father and Rebecca makes the perfect bait. When Rebecca fails to respond to Antonio's emails, she finds herself kidnapped and forced into Cuba to film the abuse Antonio's sister endures. But, once she is back on her native soil, Rebecca's eyes are opened to the true atmosphere in Cuba, but not only that, she discovers the father she has believed was dead, may be alive and well and living in Cuba, and is one of Antonio's worst enemies.

This is a unique romantic suspense plot, with an unusual premise and setting, which snagged my attention right away. The attention to detail and the depictions of life inside Cuba, despite recent events between the US and Cuba, is so realistic and gives the reader a lot of food for thought. I have never been to Cuba, nor do I know all that much about it, but I could envision it through Rebecca's eyes and the author's vivid descriptions.

This book is very well written, with perfect pacing and characterization. There is a nice balance between the suspense, drama, and action. The romance was mostly on the low burner, but there is a super sizzling chapter in there where Rebecca and Antonio finally release their passion. If I had a complaint it was be that the love scene was too rushed and took place in unrealistic circumstances.

Rebecca's character is the one that developed the most, with her life goals and priorities having moved in a vastly different direction from where she was as the story opened. She grew stronger, braver and smarter, and exhibited true heroics and loyalty which commands your respect.

Antonio is a spit fire Latin, super intense, filled with great passion for his cause, but with tender side few are privy to. He is a little hard to take sometimes because he is never wrong and seems to think Rebecca should just blindly follow his lead without questioning his answers. His confidence borders on arrogance which was off putting, but at the same time kind of funny and sexy. Although it took a while for me to trust him, I ended up really liking him a lot.

Antonio and Rebecca now share a common goal which gives them a solid foundation to build on. Their work and struggles are not over but from now on they will have each other and their love will help to provided them with the courage they need to face life's challenges.

Weaving in current political changes into the story added a realistic touch to the story and it's obvious the author has done her homework in this area. Many may presume that just because the US has relaxed their stance against Cuba that things are much improved in the country, but the truth is the much more complicated.
This novel is one of the smartest romantic suspense novels I have read a long time. I will warn romance lovers that this book does not have a lot of romantic elements such as high angst, or grand gestures and Antonio is not one for sweet nothings and gooey declarations of love. This is not that type of story. But, the chemistry is hot and heavy between the couple and there is more of an emotional connection between them.

Overall I was very pleased with the book and highly recommend it! 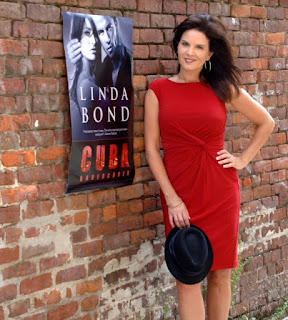 Author Linda Bond was born in San Francisco, California but spent most of her life in the south, attending middle and high school in Greenville, South Carolina and college at the University of Georgia in Athens, Georgia.

She’s worked as a television news reporter and anchor in Fort Myers, Orlando and Tampa Florida. For the past fifteen years, she’s been a health reporter, sharing important information with viewers on the latest medical breakthroughs and writing emotional, human-interest stories on those who have the courage and spirit to fight for their lives.

She writes every day, under deadline, but has always loved losing herself in a good fiction story. Her love for writing fiction actually started in high school, but a thriving, busy professional life, along with five kids kept her busy for many years.

Entangled Publishing released her debut romantic adventure, Alive at 5, in July 2014. Her latest book Cuba Undercover is based on her own true life love story.

She has received numerous writing awards in Romance Writer’s of America chapter contests for Alive at 5, Cuba Undercover and Glory, Glory the Majorettes are 40.

This former baton-twirling beauty queen from the deep south, now lives in Tampa Florida with her husband, adopted son from Cuba, two daughters and one stubborn Bulldog named Sanford