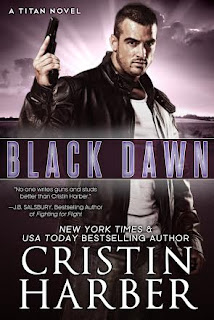 What happens when nothing is as it seems?

Lexi Dare is on a one-woman mission to stay alive. Both at home and at work. Because how did she end up with a ring on her finger and an abuser in bed as she readies to hit the high point in her career? Everything should be perfect. Amazing job. Handsome fiancé. It's all a disaster.

Parker Black is the brains behind Titan Group, an elite security firm. In his world, everything is ordered and controlled, except what he feels for his buddy’s girl. Something in her eye screams for help, but he has no idea what.

When Lexi disappears, Parker realizes what he should have known. The lines blur between friendships and work, and they must find each other to survive a terror attack that only Lexi can stop.

Black Dawn can be read as a standalone and does not have a cliffhanger. 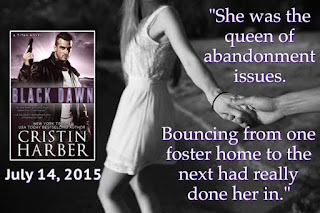 
She moaned and licked his bottom lip. But it was the wrong thing to do because he stopped his onslaught and left her cold, wanting. Hell, begging for more of his mouth on hers.


“Parker...” Lips still close enough to flit across his, she wanted to catch their touch again. “Please don’t stop.”


“You have to know something, Lex. I’m not going to take you here, on some random couch in a safe house.”


“Why not?” The desperation in her voice sounded close to pathetic, but she didn’t care. His blue eyes neared black. She’d never seen a look more intense, more at war after kissing her.


She nodded. Wanted. Needed. All the same.


“You’ve wanted this? Between us?”


Her eyes sank shut. Parker was calling her on her past, when she’d watched him when she shouldn’t, when she’d closed her eyes to fantasize over a kiss she thought she’d never get. When her eyes opened, she couldn’t lie to the man who seemed to know her in every conceivable way. “Yes.”

Want to celebrate the release of BLACK DAWN by Cristin Harber? There's a release party on facebook on July 16th! Join the event here for more details! ABOUT CRISTIN HARBER Cristin Harber is a New York Times and USA Today bestselling romance author. She writes sexy, steamy romantic suspense and military romance. Readers voted her onto Amazon’s Top Picks for Debut Romance Authors in 2013, and her debut Titan series was both a #1 romantic suspense and #1 military romance bestseller. Website | Newsletter | Facebook | Team Titan Facebook | Twitter | Goodreads
Posted by gpangel at 12:30 AM