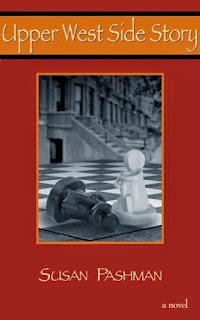 Meet Bettina Grosjean, a professor of Women’s History, and her husband, a high-ranking environmental policymaker in the New York City mayor’s office. Once a pair of student radicals, they are now raising their two brainy children on New York’s Upper West Side.

Here is the tale of their fierce parental love as it is tested in a startling eruption of racial hostility and political chicanery within the very community they have long loved and helped to build. Despite the deep love and affection they have for each other, their domestic life is suddenly thrown into crisis by a shocking and tragic event: During a school field trip, their son Max and his best friend, Cyrus, are horsing around when, in a freak accident, Cyrus falls down a flight of stairs, and dies a few days later.

The fact that Cyrus is black, that his mother is Bettina’s closest friend–that jealousy, suspicion and resentment have long been simmering in the community, and that there are powerful political forces at work as well–all conspire to reveal an ugly underbelly of the community the Grosjeans have worked so hard to fashion into a model of an enlightened, multiracial world.

Upper West Side Story is also the story of a remarkable multi-racial friendship, of two women united by their ideals and their devotion to their children, then divided by events that spiral out of control.

With cries for racial justice rising up all around our country, we must stop and consider how recent headlines are impacting our children, kids raised to believe in an America that is different from the one now showing its face.


Where to buy the book:
Amazon
Book Depository
Barnes& Noble
​

Upper West Side Story by Susan Pashman
My rating: 5 of 5 stars

Upper West Side Story by Susan Pashman is a 2015 Harvard Square Editions publication. I was provided a copy of this book in exchange for an honest review.


I didn't know quite what to expect when I began reading this book. Race relations is always a hot button topic, and I wasn't sure what angle the story was going to represent or how is was going to be handled. However, as I neared the end of the book I realized this story was not just centered around race as I had originally thought. Yes, the book is an eye opening portrait of how bitterness breeds hatred, the enormous gap between the races , the skewed ideas of equality and how to achieve it, dirty politics, and how in times of crisis we may find ourselves utterly alone, fighting an uphill battle against strong and powerful forces. But, in the end, the power of friendship, of good moral people, and love, brought about healing and forgiveness, and thwarted injustice by working together as a team. I have used this adage several time recently, but it is just as true with this book, if not more.. Two wrongs do not make a right...


Two women with children the same age, attending the same school in Manhattan, forge a deep friendship. Bettina is white, mother of Max, Viola is black, the mother of Cyrus. The women begin a special enrichment program at the school, and pretty soon, as the women grow closer, so do their sons. Bettina and Viola are from very different backgrounds, and their friendship may have seemed unlikely, but Bettina and Viola are as close a sisters. However , on one October day, Cyrus and Max leave for a field trip where a horrific event will have a domino effect that changes all their lives forever.

As events unfold, the reader gets a glimpse inside of Bettina's personal life, where her mother is unwell, her marriage is teetering on an precipice, with Stephen's job as a public servant coming between them, and her precocious daughter challenging her in a blunt, honest way, that makes her uncomfortable at times, but Max is the absolute love of her life and while things are not perfect in her world she feels like she, as an academic, teaching, and working in the enrichment program, living in a coveted area of Manhattan, enjoying the view from her apartment, and all the vast advantages of city life at her feet, she is an enlightened soul, doing all the right things. Maybe the reader even senses a certain smugness in Bettina, with her lofty views and high brow education. But, she is also extremely naïve and sheltered from the many harsh realities others deal with on a daily basis. Her husband Stephen is no better that Bettina really, but he chides her and judges her views , until he finds himself in an unbelievable situation and the wool is pulled from his eyes.

Viola's life is not examined fully, since for much of the book she is in a grief induced stupor and her family appears to not only shelter her from Bettina , and the on going crisis with Max, but from the reader as well. Viola was a wonderful lady and I wish we could have been given a deeper insight into her personality and the trials she faced as the story developed.


While we get Bettina' perspective for the most part, we also get Max's point of view and see his struggles as his entire world is upended and even his parents can't seem to protect him. He becomes an example, a pariah, a victim. With his mother immersed in the battle to keep him safe, he winds up more alone than ever with his parents stretched to the breaking point. But, he is a strong kid, resilient and as a parent, I often wanted to reach down into the pages of the book and comfort him.

There were times when I didn't know what to think or feel with the community divided, with the people Bettina thought she knew, thought would help her, turning their backs on her, or worse, remaining neutral under the advice of an attorney. Stephen was totally behind the system believing they could work within it to help Max. I didn't trust that system and felt bad for Bettina who appeared to be fighting this thing on her own. Even the family therapist was quite hard on her, also calling her out about her moral high road. But, at the same time, I wanted to scream at her, believing many of her actions were only making things worse for Max and for herself too. But, in the process she learned some really hard lessons and definitely came down off her high horse a little, as did her husband.

This story touches on some very difficult and delicate topics and is sure to evoke many different emotions ranging from empathy, sympathy, sadness, anger, frustration, and shock, but don't lose sight of the main message of the story which goes back to the beginning of the book- Viola and Bettina's friendship. Viola, while her perspective wasn't outlined verbally, was the star of the show, the example to follow, the light that shines in the very gloomy darkness of tragedy. She rises up out of the ashes and pulls herself upright, and comes through for Bettina and Max which helps her heal, giving her peace of mind, and highlights her great integrity. She could have placed blame on a thirteen year old boy, could had become bitter and full of hate, could have sought vengeance, but instead she saw the situation for what it really was, new what was happening to Max was wrong, and did what she could to forgive and hopefully prevent a gross miscarriage of justice.

Bettina's often neglected daughter steals the spotlight as she also chronicles the year her family went through an unforgettable crisis and trauma that changed their entire outlook on life , but also brought them closer together, made them stronger, opened their eyes to the way of life they had been so proud of only a short time ago and gave them a new purpose with a more realistic view of things. They will come to cherish the little things, each other, and a slower, less fraught way of life.

Very disturbing on one hand, very though provoking in another, but ultimately I have chosen to feel good about the bonds of parents and children, of husbands and wives, and of deep abiding friendships, and the lessons we can all learn from this type of story. 4.5 stars 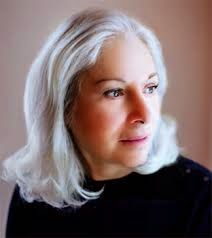 Susan Pashman is a philosophy professor and former attorney. While in law school, she served a year in the New York City Council President’s office; some of what she learned there has found its way into this story. But most of this book derives from her experience of raising two boys on her own in Brooklyn. Many of her sons’ childhood exploits, and the hopes and fears she had for them, became the heart of this novel.
She now resides in Sag Harbor, New York, with her husband, Jack Weinstein.