The Canterbury Sisters by Kim Wright- A Book Review 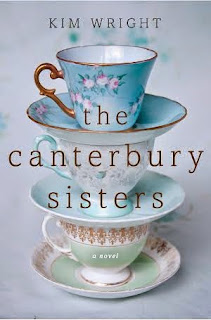 Che Milan’s life is falling apart. Not only has her longtime lover abruptly dumped her, but her eccentric, demanding mother has recently died. When an urn of ashes arrives, along with a note reminding Che of a half-forgotten promise to take her mother to Canterbury, Che finds herself reluctantly undertaking a pilgrimage.

Within days she joins a group of women who are walking the sixty miles from London to the shrine of Becket in Canterbury Cathedral, reputed to be the site of miracles. In the best Chaucer tradition, the women swap stories as they walk, each vying to see who can best describe true love. Che, who is a perfectionist and workaholic, loses her cell phone at the first stop and is forced to slow down and really notice the world around her, perhaps for the first time in years.

Through her adventures along the trail, Che finds herself opening up to new possibilities in life and discovers that the miracles of Canterbury can take surprising forms.
MY REVIEW:

The Canterbury Sisters by Kim Wright
My rating: 5 of 5 stars

The Canterbury Sisters by Kim Wright is a 2015 Gallery Books publication. I was provided a copy of this book by the publisher and Netgalley in exchange for an honest review.

I had no idea how I would perceive this novel going in. The blurb made me think it was a book I should try out and now that I have read it, I am so glad I took a chance on it.

Che Milan, daughter of Diana, named after a political revolutionary, now has to face the reality that her mother is dying of cancer. When Diana asked Che to take her to the cathedral in Canterbury to be blessed, hoping for a miracle, Che agrees, knowing full well her mother would never make that trip. But, when Diana passes away, and Che receives her mother's urn, there is a note from Diana insisting she be taken to Canterbury. On the same day Che receives the urn, she also receives a note from her boyfriend, Ned, who informs her he has met someone else and their relationship is over. So, Che makes the sudden decision to take the pilgrimage along with a group of other women, intending to be blessed and spread her mother's ashes in Canterbury.

The trip gets off to a terrible start, when at a bar in London, Che loses her cell phone. Her entire life is in that phone, or so she thinks. But, the show must go on, so she meets her guide and her fellow travelers and away they go on a life changing journey, the outcome of which none of them could have predicted.

As they walk each woman will tell a story ala the Chaucer tradition, with love being the chosen topic. giving Che a lot of food for thought as she examines the parallels between these stories and her own life, the path she has taken so far , the reasons for her actions to this point in time, and what steps she will take from here on out.

The author does a great job of drawing the reader into each person's story and wisely takes a short break between each tale to allow you to absorb the tale before moving on to the next day's journey.

This is one diverse group of women, let me tell you. A mother and daughter with years of lies and resentments between them, a mafia wife and reality TV star, two best friends who discover they didn't know each other as well as they had presumed, and a rather odd duck who doesn't seem to fit into any particular mold, and a health and fitness freak, and Che. The guide, Tess, is an interesting character in her own right as she manages to keep the group moving and talking and seems to have pitch perfect timing when she interrupts or changes the subject, or guides the discussion back on course.

I loved how the stories were unique, yet the threads all tied in together. There were so many deep themes to explore here such as the complex relationships between mother and daughter. What did you mother teach you? This question was posed to Che at one point and it was obvious that before this journey she had not given it a lot of thought, but has learned Diana did indeed pass something important along to her.

With love being the theme of these stories, the complex relationships between women and men is explored leaving the reader with the distinct feeling that love is complicated and there are no pat answers or solutions.

What do women really want in our relationships with men? To be accepted as we are, loved despite our flaws, to be given a choice, to make our own decisions?

The impact of fairy tales on our lives begs one to debate whether or not they are healthy or harmful in the end or do they have an underlying message we could all learn from? What is your favorite fairy tale and why?

Each tale touches on something in particular- lies we tell ourselves, lies we tell others, self-blame, secrets, lessons learned, wisdom gained, and finally honesty with oneself that leads to healing and understanding.

Some of the stories were stronger than others, some made me feel differently about the character after they divulged something personal about themselves. Some of them I respected more and in one instance a character really turned me off and I never warmed back up to them. But, over all I think each lady learned a little something from the other that will help them on whatever journey their lives take them on from here.

For Che, she will come away from this experience having learned something about her mother, her relationship with Ned, will learn to put things into perspective in her career, her drive for perfection, and maybe her whole life will no longer be contained on her cell phone. She will emerge as a hero of a sort, as an inspiration, and will have made an impression on those around her and in one special case, will have built an emotional bond with the most unlikely member of the group and maybe there could even be an love connection for Che in her future.

When all is said and done I feel very strongly that Che will be alright from now on. Her life took a turn off the beaten path but she made the best of it, even it wasn't her intention in the beginning, and will be better and stronger and happier because of it. This is an absorbing series of stories, well written and certainly thought provoking making it an excellent book club selection. 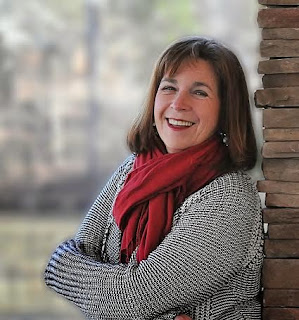 When I was a kid I was so obsessed with books I used to check out four at a time from the library - that was the limit in the small NC town where I was raised - then walk down the street, sit under a tree, and read them as fast a I could so I could go back to get four more. I've always been obsessed with books.

Now I am the author of Love in Mid Air and the sequel The Unexpected Waltz, published by Gallery on June 8th. Love in Mid Air is told from the perspective of Elyse and her best friend Kelly picks up the tale in The Unexpected Waltz. Both books focus on women who reinvent themselves at midlife - who arrive at the ages of 40 or 50 and begin to seek a whole new direction for their lives. I see this in myself and so many of my friends and have always wondered why fiction tends to mostly tell the tales of twentysomethings - as if nothing interesting happens to women after that! I love following my feisty midlife heroines on their spiritual and romantic adventures and am now at work on my third novel in this vein, which will join a group of women as they travel the Canterbury trail in England, swapping stories as they walk.

I also write the City of Mystery series which includes City of Darkness, City of Light, City of Silence, City of Bells, and the upcoming Christmas novel, The Angel of Hever Castle. This series is set in the Victorian era and deals with another of my obsessions, the founding of the first forensics unit in Scotland Yard. My chief detective, Trevor Welles, struggles to be a modern man in an antiquated system.

I am the mother of two grown children and recently became a grandmother for the first time. (I highly recommend it!) My hobbies include ballroom dance, travel, and dogs
Posted by gpangel at 1:00 AM