Carry Her Heart by Holly Jacobs- A Book Review 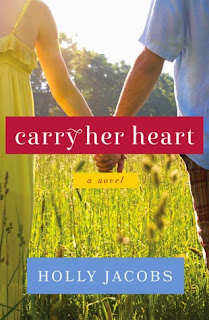 “Maybe we live our lives constantly becoming and rebecoming. Maybe we’re always in the process of metamorphosing into something new.”

In her journal, writer Piper George notes the change of seasons. Each entry marks the passage of time since she became a teen mother and put her baby up for adoption. Her words flow together, painting a picture of loss, hope, and enduring love for the daughter she’s never forgotten. But one autumn, a new presence appears in its pages and in her life: her neighbor, Edward “Ned” Chesterfield.

As winter thaws to spring, Piper and Ned develop a friendship that could be something more…if only Piper would open her heart. But the loss of her daughter has irrevocably shaped her life. And having given so much of herself away, she’s not sure if she can give Ned all that he deserves. But with him at her side, Piper just might learn that a heart’s love is never truly lost.

Carry Her Heart by Holly Jacobs
My rating: 5 of 5 stars

Carry Her Heart by Holly Jacobs is a 2015 Montlake publication. I was provided a copy of this book by the publisher and Netgalley in exchange for an honest review.

Do not read this book without a box of tissues by your side!! No, this is not a tearjerker with a sad ending, but it is a very emotional story, but also a deeply moving and inspirational one as well.

Set in Erie with it's pronounced seasons and weather changes, Piper writes her children's and YA novels outdoors when she can, watching the neighborhood children, enjoying the warmth and sunshine. On one such day she meets her new neighbor, Ned. As seasons change and time passes, Ned and Piper forge a very close bond, much to the chagrin of his high maintenance girlfriend.

What no one knows is that Piper once had to make the most difficult decision a young woman can be faced with, and it has deeply, and profoundly effected her throughout her adult life.

When Piper feels the need to visit with the child she gave up for adoption as a teenager, she writes to her in a journal, hoping that someday 'Amanda' will have the chance to read it. These deeply personal essays to her daughter describe the changing seasons of nature, but also the changing seasons of life- Piper's life, Ned's and of course, Amanda's.

Piper is a character I felt close to because she was so open about her feelings via the journal she writes. Sometimes I felt she was lying to herself or trying hard not to admit feelings she had because they were too painful or too scary. Deep in her heart she is hurting for the loss of her child, although she still firmly believes she did the right thing by her, giving Amanda the ultimate gift of love. But, this is not all Piper does in the way of giving of herself and helping others. But, all the does, every single thing, from writing to “Amanda's Kitchen” to the journal to how she approached her relationships with men all revolves around Amanda.

Ned's character was harder for me to warm up to because he was involved with a shallow, jealous woman and he continued to live a double life , one in which he maintained a friendship with Piper and one in which he is seemingly oblivious to his hateful, cold, girlfriend and her treatment of Piper. I did warm up to him slowly toward the middle of the book, but I never dreamed this easy going, nice guy whose personality was kind of low key, and even plain at times, would do something so beautiful and meaningful for Piper.

I do warn any of you contemporary romance readers out there, that this book is firmly in a women's fiction or chick lit category but with romantic elements. This is not an angsty, hot and steamy romance filled with conflict. The romance is subtle, and is based on a firm friendship that develops into something deeper slowly over time. I will admit though, even I got a little frustrated by the pace sometimes, but I urge you to exercise patience because good things do come to those who wait. Believe me the outcome of this book will make all the painstakingly slow movements up to that point worth it and then some. This is what real true love looks like... and romantic? You betcha! That Ned sure turned out to have a lot more character than I gave him credit for. If Piper gave Amanda the ultimate gift of love, then it could be said that Ned gave Piper that same gift. I am betting no one reads the last chapter of this book without choking up. Good stuff! Highly recommend!! 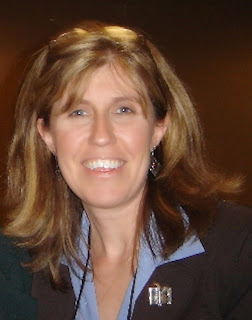 Well, my fictional life sounds more interesting, but not better than my real life. Really, I'm the happily married mother of four. I cook a lot, garden and weave baskets! I write for Montlake Romance and Harlequin. My books range from lighthearted comedies to more serious dramas...but at heart, they're all stories of love.

I don't always set out to write a series of books, but seem to find myself gravitating to them. Because so many people have asked, I've posted lists of all my series in order at www.hollyjacobs.com/bookseries.html. I really try to make each story stand alone, but many of my readers enjoy reading the series in order. Hope this helps!
Posted by gpangel at 1:00 AM