Hit and Run by Maxine O'Callaghan- A Book Review

When Delilah West, Orange County private investigator, is grazed by a car that also hits an old man, Joseph Collins, and leaves him for dead, she counts it just another incident in the run of bad luck that has plagued her personally and professionally ever since her husband, her partnet-in-crime-solving, was killed. Delilah, moonlighting as a waitress, badly needs a case, but when the hit-and-run driver's mother asks Delilah to prove her son innocent, Delilah is aghast. Until, that is, she begins to remember details about the "accident" that add up not to recklessness but to murder.

Hit & Run by Maxine O'Callaghan
My rating: 4 of 5 stars

Hit & Run by Maxine O' Callaghan is a 2015 Brash Books publication. I was provided a copy of this book by the author and Netgalley in exchange for an honest review.

Hit & Run is an old fashioned “whodunit” featuring the very real and relatable, Delilah West. Originally published in the late 1980's, this book has been reissued “as is” by Brash Books.

Delilah is having a very bad year. If losing her husband a little while back wasn't enough, her private detective agency has fallen on very hard times and Delilah has been through a few physical scrapes along the way too. Now she is working as a waitress to make ends meet, sleeping in a sleeping bag on the floor of her office, and to put the cherry on the cake, she nearly gets run over while out jogging. Although, she bangs up her knee, the other victim of the hit and run, Joseph Collins, wasn't quite so lucky.

It's not long before the cops find and arrest the driver, but the young man's mother pleads with Delilah to take a closer look at the situation. Did Delilah actually see the car strike Joseph? Could he have been dead before the “accident”. Placed in the this awkward position, Delilah agrees to ask around, even if it does border on the unethical side of things. However, Delilah's questions appear to strike a nerve with the victim's family and Delilah is wondering if one them had a motive from wanting the old man dead.

Reading this book now, in 2015, I simply could not stop myself from thinking how similar this book was to the Sue Grafton alphabet mysteries featuring Kinsey Millhone. The book is pretty short, written in first person, and takes place in the eighties. But, that is really where the comparisons need to stop.

Delilah is a very strong person, with wry wit, an occasional sarcastic remark, and is tough enough to take a lickin' and keep on tickin', but is also a little “accident” prone, making more trips to the hospital than is normal, and she has a softer side to her as well, especially when she makes an occasional reference to her late husband.


The plot has a few twist and turns, moves along at quick pace, and kept me guessing all the way through, with lots of action and suspense, which kept me interested and engaged. I thought the characters were well written, some of whom I liked and some of course I didn't care for.

The references to some automobiles and TV shows from the eighties added a touch of nostalgia, although of course that wasn't the intent when the book was written, but I was glad the book wasn't touched up or modernized in any way, since this gave the story an added charm. This is a solid mystery and I enjoyed getting to know Delilah West a little better. Although this book is a part of a series, this being the third one, (if I have my facts straight), this book can be read as a stand alone. 4 stars 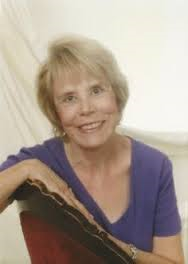