Her Unexpected Hero by Melody Anne- A Book Review 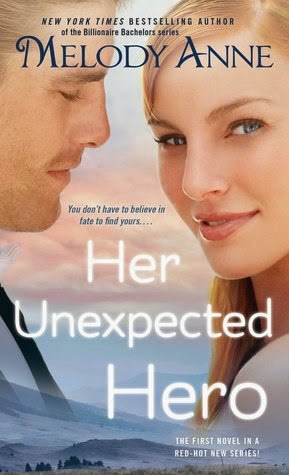 Would you recognize true love if it sat down next to you? In this unforgettable new spinoff of the Billionaire books from New York Times bestselling indie author Melody Anne, two strangers must look past their painful memories to make way for everlasting love.

Alyssa's modeling career came to an abrupt end when her manager boyfriend emptied her bank account and ruined her professional reputation. Now she's heading to a new town in Montana to rebuild her life—if she can even get there (stupid delayed planes!). But things are looking up when she's upgraded to first class and a mysterious stranger sits down next to her…

Jackson Whitman doesn't believe in love, or commitment, or forever—not since he lost his wife and daughter. But the beautiful woman sitting next to him at the gate has him rethinking that position. Can he convince her to be his for the night? Or will she convince him to be hers for a lifetime?

Her Unexpected Hero by Melody Anne
My rating: 4 of 5 stars

Her Unexpected Hero by Melody Anne is a 2015 Pocket Star publication. I received this book as a XOXpert, XOXO After Dark's Official Street Team, in exchange for an honest review.


I recently discovered this author mainly through some book promotion sites and realized I really liked her stories.

In this one, ex- model Alyssa Gerard discovers her ex-boyfriend/manager absconded with her fortune and most of it is just gone. So, tucking her tail between her legs she leaves her lucrative career behind in Paris and boards a plane for New York City.

When she is informed her ticket was upgraded to first class she is seated by Jackson Whitman, a wealthy and very over confident man. But, the two strike up a conversation which leads to a one night stand in New York on New Year's Eve.

For Alyssa it's a one and done. She will not be ready for a relationship in a good long while, so she continues on her way to Montana where her parents live and begins to piece her life back together again. There is only one little hitch....she soon discovers she is pregnant.

Jackson is no stranger to pain and loss. He has not been able to put a terrible, heart wrenching tragedy behind him and has lived life on the run, dating many women, and staying focused on his work. But, Alyssa has him all turned around and Jackson feels out of his element. The more he pursues her the more she pushes him away. What he doesn't know is why Alyssa has never explained her unborn child's paternity, never suspecting he might be about to become a father.

This is a fast paced contemporary romance that explores the difficulties one faces after being betrayed or in Jackson's case going through a terrible loss, and trying to find one's footing in life again. Add to that the possibility that your happy ever after is right there in front of you, but you are too afraid to reach out and grab it.

The controversy of course is whether or not Alyssa had the right to keep her child's paternity a secret. If she really did have a one nighter and never saw the man again, I suppose I could live with that, but she did deceive Jackson and even though she knows she needs to let him know the truth, she continued to keep it a secret. I wondered if she was even going to let her child know someday. But, what was really holding her back wasn't necessarily a deliberate omission, but her absolute fear of gambling on Jackson and losing the game in the end. She was afraid and I could understand why she would feel that way.
Jackson is a great guy, even if he came off as being arrogant at first, and is sometimes is a little pushy. Alyssa really makes him work to win her over, and although the inevitable blow up is coming, Jackson comes through in the end, big time.

Once again, Melody Anne has written a very enjoyable contemporary romance. The story reminds us that life throws us curve balls, sometimes it's a personal loss, sometimes it's a major setback career wise, and it can really knock you out for the count. But, life offers no pat answers and sometimes in order win we have to take a chance no matter how terrified we are of failure. 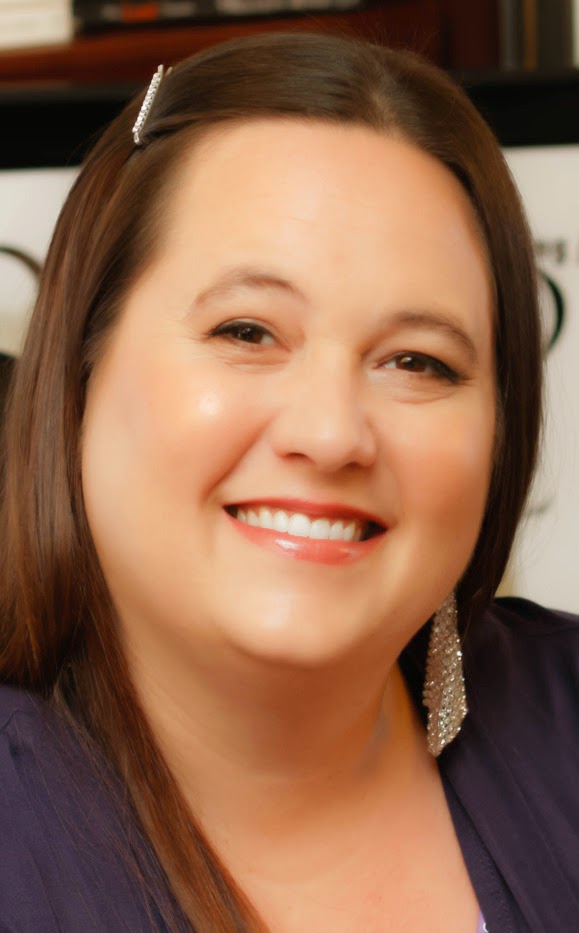 NYT and USA Today Best Selling Author Melody Anne has written the popular series, Billionaire Bachelors, Surrender, and Baby for the Billionaire. She also has a Young Adult Series; Midnight Fire, Midnight Moon and Midnight Storm - Rise of the Dark Angel.
As an aspiring author, she wrote for years, then published in 2011. Holding a Bachelor’s Degree in business, she loves to write about strong, powerful, businessmen and the corporate world.
When Melody isn’t writing, she cultivates strong bonds with her family and relatives and enjoys time spent with them as well as her friends, and beloved pets. A country girl at heart, she loves the small town and strong community she lives in and is involved in many community projects.
See Melody's Website at: www.melodyanne.com. She makes it a point to respond to all her fans. You can also join her on facebook at: www.facebook.com/melodyanneauthor, or at twitter: @authmelodyanne.
She looks forward to hearing from you and thanks you for your continued interest in her stories.
Posted by gpangel at 12:30 AM