Game for Love: Out of Bounds ( A Kindle Worlds Novella) by Lynn Raye Harris- A Book Review 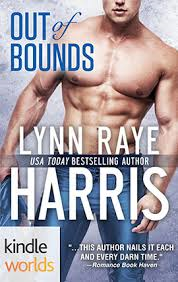 When the stakes are this high, sometimes you have to throw out the rulebook…

When San Francisco Outlaws tight end Malcolm Hughes comes home for his twin brother’s funeral, he doesn’t expect to pick up a runaway bride on the side of the road.

Sabrina Miller thought she was gaining a husband, but the ceremony went south when she discovered her fiancé was already married. Now, with a storm bearing down and nowhere to go, she reluctantly accepts a ride from a brooding stranger.

Forced to wait out the storm, Mal and Sabrina are drawn together by forces neither of them can explain. When Mal offers to let Sabrina spend what would have been her honeymoon in his beach house, he isn’t thinking of seduction.

But the chemistry between them is combustible—and impossible to deny. It’s only for a few days and they’re positive they can handle it. So when reality returns and they have to walk away, why does it feel wrong to let each other go?

In the game of love, some of the best plays are out of bounds…


Note: This story is part of Bella Andre's Game For Love series, but it can be read and enjoyed as a stand alone story.

Game For Love: Out of Bounds by Lynn Raye Harris
My rating: 4 of 5 stars

Game for Love: Out of Bounds ( A Kindle Worlds Novella) is a 2015 publication. I was provided a copy of this book in exchange for an honest review.

Malcolm ( Mal) is a star pro football player, but all the money, women, fame and glory doesn't make him immune to life's harsh realities. When his twin brother is killed in a roadside bomb while serving in the military, Mal is bereft. After attending his brother's funeral he thinks he is seeing a mirage when a girl wearing a white wedding dress is loping down the road dragging her suitcase.

It's Sabrina's wedding day ….or was. When she discovers her fiance already has a wife, she grabs her suitcase and runs away.

Thankfully, Mal happened along at just the right time and insist Sabrina accept a ride and stay with him until she can get a room, a cell phone, and a way back to her normal life. Little did either of them know their pain and grief would bond them and open the way for a chance at real happiness for them.

Sports and romance is super popular right now and while I am not a sports fan – seriously, I don't watch or participate in any sports- I do enjoy reading these sports based romance novels. So, I was sort like Sabrina who didn't know the first thing about football.

For a time I was worried that Mal was too immersed in his grief to really see Sabrina as anything but a way to escape his pain. Sabrina was there when he needed someone the most and she kept him from becoming morose, but I could see Sabrina being set up for a fall, no matter how many times she told herself she knew it couldn't last. But, without saying too much, I was pleasantly surprised. I loved Sabrina's gift of song and thought it would be nice to give this story a play list. Writing a song based on her real life experience was funny and it I'm sure it was cathartic.

This is a pleasant read that packed on a few heart tugging moments, but was still a cute story topped off with some pretty sexy scenes. This one is 4 stars


Pick up a copy here: 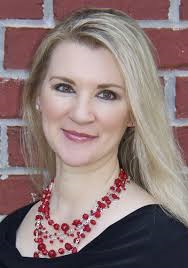 USA Today bestselling author Lynn Raye Harris burst onto the scene when she won a writing contest held by Harlequin. A former finalist for the Romance Writers of America's Golden Heart Award and the National Readers Choice Award, Lynn lives in Alabama with her handsome former military husband and two crazy cats. Lynn writes about hot military heroes, sizzling international billionaires, and the women who dare to tame them. Her books have been called "exceptional and emotional," "intense," and "sizzling." To date, Lynn's books have sold over 2 million copies worldwide.
Posted by gpangel at 12:00 AM