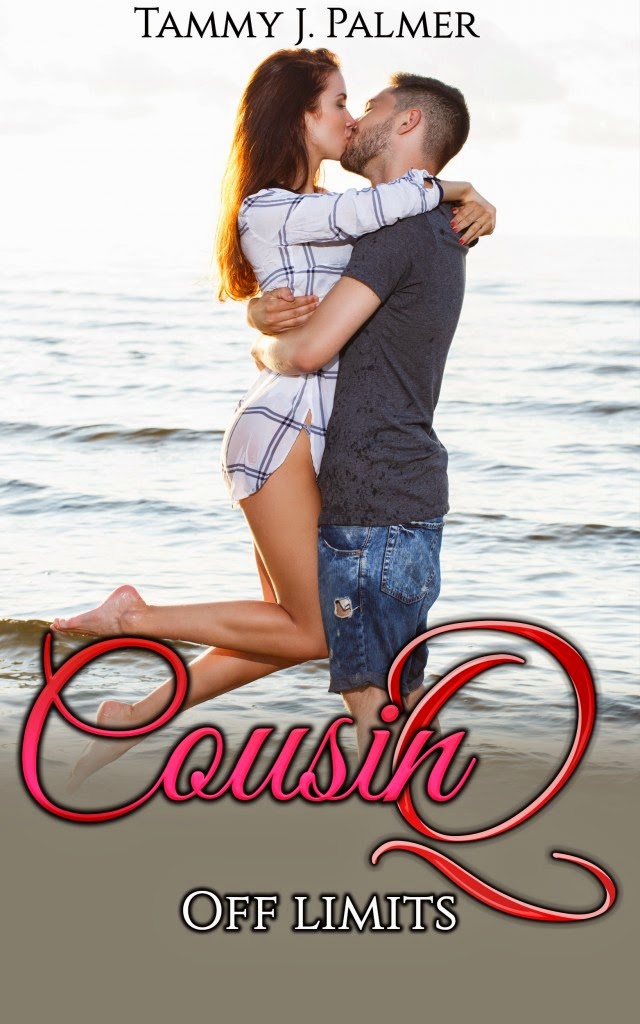 Cousin Q (An “Off Limits” Novelette)

Cassie Anderson has a history of falling for the wrong guys; ex -cons, rebels, and hard drinking cheating types. Her most recent mistake had been her part-time employee as well as her live -in boyfriend, and now that he’s gone, she’s struggling to make rent and manage her antique store alone. When her cousin, a man with a history of depression and suicide attempts, shows up looking for work and a place to lay down his sleeping bag, she offers him a job and her guest room.
Q is doing better than ever and the close bond they shared as kids is still strong, but they’re not kids anymore and it’s not innocent. Cassie is determined to change her ways and stop falling for the wrong guys, and that means fighting her attraction to a man who is most definitely off-limits. But is Q really the wrong guy?

After his second suicide attempt, my cousin gave up his quest to find peace and settled into a nomad’s life, rotating relatives, camping in attics and basements, trailers and tents, doing odd jobs to earn his keep. I’ve always known my turn would come, so I’m not surprised to see Quinton, or Q as I call him, walk into my antique store carrying a backpack and sleeping bag.
I’m behind the counter ringing up half a dozen Nancy Drew mysteries to a woman who claims she’s buying them for her granddaughter. After she spends a full five minutes telling me how fond she was of the books when she was a girl, I have to wonder who they’re really for. I’m imagining some ten-year-old girl tossing these books into her closet without a second thought, or worse leaving them on her bedroom floor where they will be trampled, while smiling at the woman, agreeing that of course her granddaughter will love the books, and also keeping one eye on Q. I’m curious to see what will grab his interest first.
The winner is a barely used erector set still in its original box. This is not surprising. Q was always building things when he was a kid. I remember him throwing blocks at me one Christmas, after I accidentally knocked down one of his towers, and me crying to my mother. He was such a hot head then, that Grandma Jones used to call him her little Tasmanian Devil.
Grown up Q has none of the fury of kid Q. He looks too thin in the large green army jacket, and the faded jeans worn dangerously low on narrow hips. His dark hair has outgrown its last cut, and a stray lock falls down over the sunglasses he wears to hide his empty right eye socket.
When my customer is gone I step around to the other side of the counter and say, “I’m sorry sir, but you’ll have to leave the backpack outside.”
Q turns around, lowering his glasses on one side, revealing one big beautiful brown eye. “It’s me, Cassie.”
“Of course it’s you. I was kidding.” I hug him hard, my cheek coming right up against a cold button on his jacket. I pull back and see that the button reads, Stop the war in Vietnam. There are several patches advocating peace. One arm of the jacket has been cut off above the elbow, revealing the peace symbol tattoo on his forearm, a hand with two fingers forming a V.  I touch the frayed edge of his sleeve. “Uncle Otto?”
“How’d you guess?”
Otto is the brother of both our mothers. He survived Vietnam minus an arm and later joined the peace rallies. “I can’t believe he’d give this away.”
Q shrugs. “It was in an old box in his attic with a bunch of other stuff. He said I could have whatever I wanted if I got rid of the rest.”
A rush of excitement overcomes me, “What else was in the box? Is there anything left?”
Q shakes his head and a shadow slips over his face. “Sorry, it looked like junk to me. I should have thought of you.”
Of course he should have thought of me. The unwritten rule in our family is that anything that might possibly be considered an antique should be brought to me before being discarded, but I never could get mad at Q, not even when I had a right to. 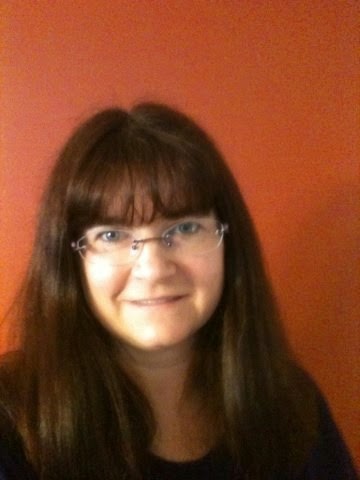 Tammy J. Palmer writes contemporary romance, has been part of a writing critique/support group for nearly two decades, and is a member of RWA. Long ago she made the wise decision to marry Superman (if he can’t figure it out, it can’t be done). She had two kids, who were far better behaved than she deserved, and grew into truly amazing adults. She has a fat, lazy cat named Betty Boop.
“I believe it’s our contradictions that make us interesting. For example, I hate the rain and live in the Willamette Valley, one of the rainiest places in the country. I love artsy places full of interesting, creative people, and live in a suburb full of 9-5 people wearing sensible shoes. I shop resale and am surrounded by strip malls. I’m an introvert and I work part time as a grocery clerk— an extrovert’s job. I love fiction and find sports boring. I married a man who loves sports and finds fiction boring. I write and read to escape from the real world, and yet I love stories that reflect real life.”
Visit Tammy’s website for blog posts on Life in the Express Lane, or email her at tammyjpalmer@hotmail.com